Kilgore is a Seedling . His abilities seem to include enhanced strength and ferocity, and his hands sport vicious claws. He’s a fast and feral fighter, but can be handled by high-end hand-to-hand combat specialists.

His claws are envenomed with what seems to be a fast-acting neurotoxin. It seems to be an artificial toxin that Kilgore uses to coat his claws, but it’s possible it’s a power.

Kilgore’s concept is so transparently “Wolverine… with venom !”. Therefore, it is possible that he had some minor (4-5 APs) Wolverine-style powers such as Regeneration and Analytical Smell/Tracking scent. Such completely hypothetical regenerative abilities might mean that he’s still alive.

Kilgore was a member of the MERCs. He participated in all missions before his death and spent two years with the group. He nearly killed Synergy once, when ambushing Stormwatch members.

Secondary sources mention that he was in jail when the MERCs noticed him. Deathtrap’s mercenaries broke him out and had his powers activated, presumably by Kaizen Gamorra’s staff. 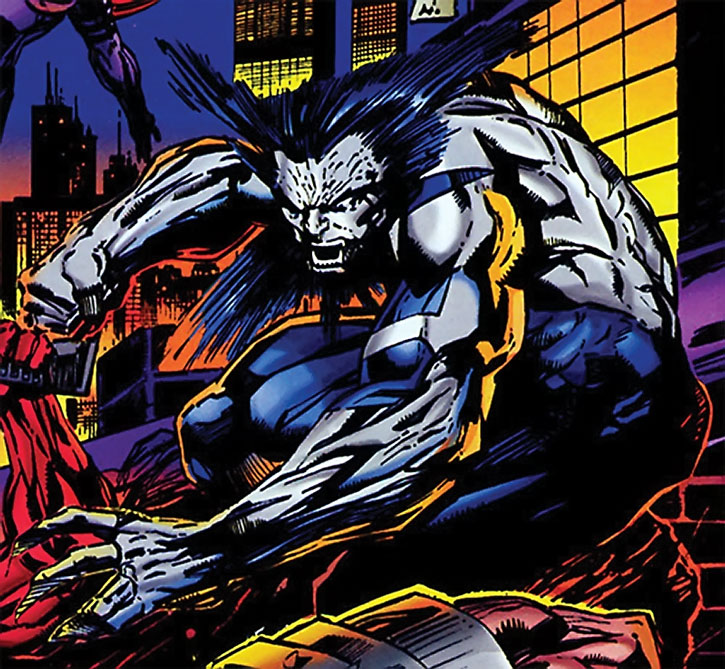 When Flashpoint started hunting down and ambushing the MERCs, he started with Kilgore. Flashpoint eventually located his target in Patpong, Bangkok’s most famous red light district. Though Kilgore tried to take a dancing girl hostage, it didn’t work. Kilgore refused to talk, and Flashpoint apparently executed him.

A person looking much like Kilgore was later spotted in a New York City bar. But it may just have been a joke about how many Wildstorm characters looked Wolverine-ish.

A feral psycho, who seems to enjoy chasing and killing women. Kilgore said he used to be “stepped on and kicked around” before his mutation. So he now relishes in being a powerful predator who makes others suffer rather than be humiliated.

He was apparently also spending a lot of time with prostitutes, with a vague implication in the text that he was into domination.

“Now, I’m going to finish you off before my claw venom does. Any last words ?”

It’s in the cards

Kilgore’s trading cards mentions a few more elements that did not quite appear in the primary sources.

The stuff in these cards can be… random. But given the lack of material, this can be useful data. 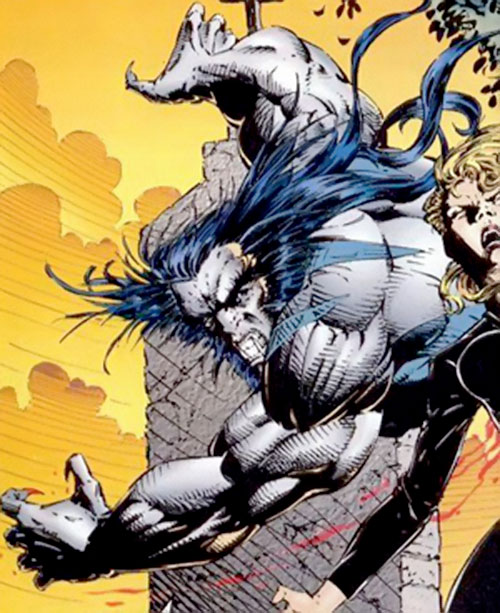 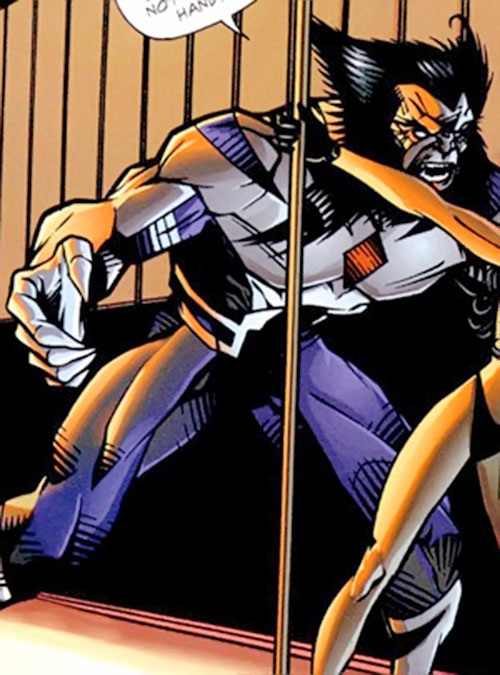 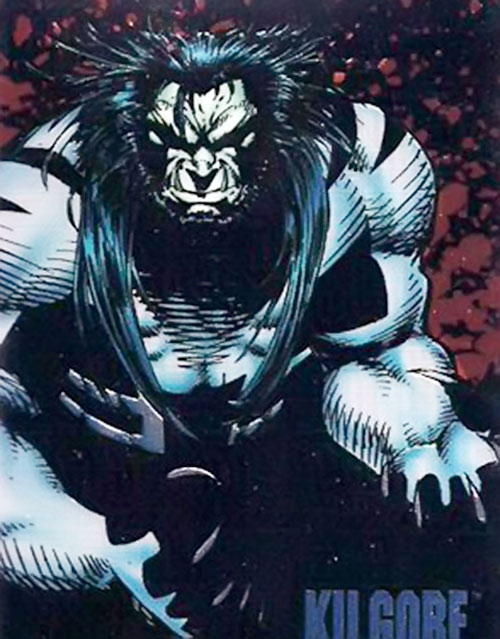