Beatrix Kiddo is one of the better assassins in the world, and she’s specially deadly with swords. She learned Kung-Fu by the best master, Pai Mei, who even taught her his deadliest attack, the Five-Point Palm exploding heart technique. 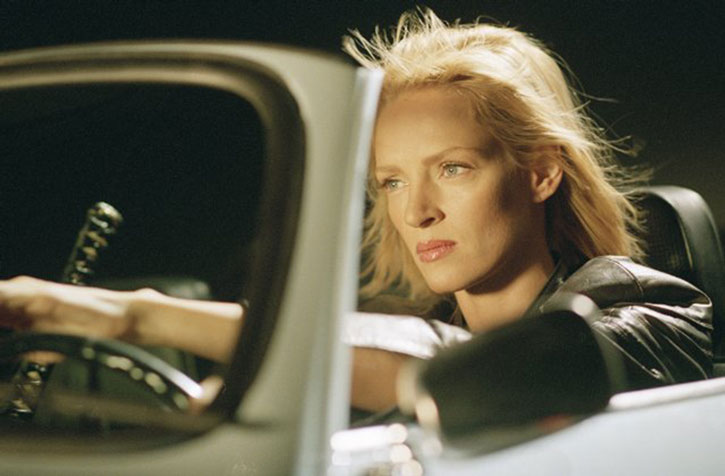 Besides that, she can survive to tons of physical punishment, including a .45 shot in the head and an almost point blank shotgun salt shot.

After her coma, Beatrix convinced master swordcrafter Hattori Hanzo to break his oath and make one more katana. It has a shiny, black wood sheath. At the base of the sheath, by the handle, is carved the face of a lioness which is the mark of the maker.

“Quite simply – the deadliest move in all of martial arts. He hits you with his fingertips at five different pressure points on your body. And then he lets you walk away. But after you’ve taken five steps, your heart explodes inside of you”.

Beatrix Kiddo was one of the members of Bill’s Assassination Squad, as much as Bill’s lover. While on a mission abroad to kill criminal lord Lisa Wong she discovered she was pregnant and feared to give her child the violent life she was living.

So she disappeared for 3 months, during which she started a new life in El Paso, started to work in a music shop and engaged to her boss, Tommy Plumpton.

Bill thought Kiddo dead, and by searching her killers to punish them, he found Bea alive and in the middle of the wedding rehearsal. The DIVAs killed the 9 persons in the church and severely abused Bea, who finally was shot in the head by Bill himself. 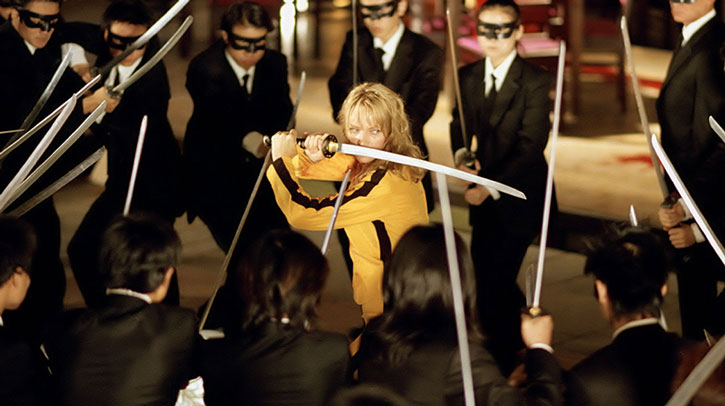 But she didn’t die, she entered a coma she awakened of 4 years later. She went after those who had attacked her in El Paso and finished 3 of them and blinded another one before getting to her main target: Bill himself.

Bill had a surprise for her, though. Bea’s child had finally been born and was now a precious 4 year old girl called B.B. (surely accounting for Beatrix and Bill). After an exchange of intentions, reasons and motivations Bill allowed Beatrix to have her revenge, and she did, killing her former lover with an ancient Chinese technique.

Beatrix uses to dress in casual clothes, with the proper look for each situation. A jumpsuit for riding a bike, T-shirt when acting like a tourist, dark clothes when on a solo, stealthy mission.

Complex. Used to be a ruthless assassin, although a nice person while not at work. Beatrix can be camping around China with Bill and hearing stories of myth and fight around the campfire, most of the time she appears to be a normal, even a bit innocent person in peace with the world.

But she is an assassin by heart and enjoys each and every moment of the thrill except for the grief she causes on those that have not crossed her path or are not her targets. 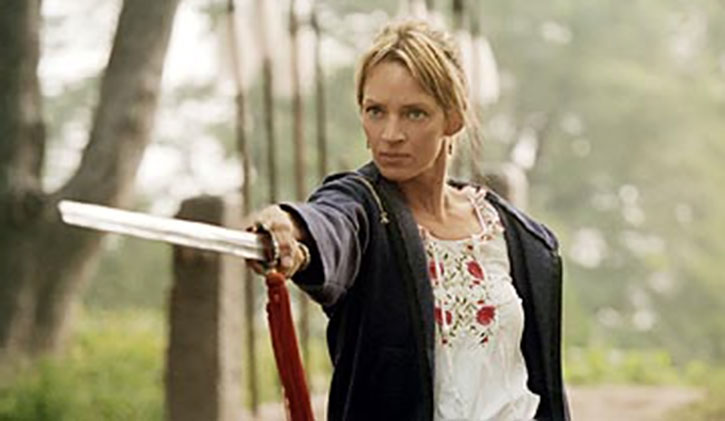 Since the moment she discovered her pregnancy, she developed a huge motherly instinct that overcame any other feeling or desire… And yet she still enjoyed having to kill the DIVAS and torturing one of their henchwomen to get to Bill.

Bill himself talks about Beatrix’s personality in these terms: “Superman stands alone. Superman did not become Superman, Superman was born Superman. When Superman wakes up in the morning, he is Superman. His alter ego is Clark Kent. His outfit with the big red S is the blanket he was wrapped in as a baby when the Kents found him. Those are his clothes. What Kent wears, the glasses the business suit, that’s the costume. That’s the costume Superman wears to blend in with us. Clark Kent is how Superman views us. And what are the characteristics of Clark Kent? He’s weak, unsure of himself… he’s a coward. Clark Kent is Superman’s critique on the whole human race, sort of like Beatrix Kiddo and Mrs. Tommy Plumpton”.

Another traits of Beatrix are her strong willpower and the likeliness that she’ll engage some kind of talk with her enemy if stealth is not a primary fact in her mission.

“Those of you who have survived may take your lives and go. But the limbs you have lost, leave them. They belong to me now.” (after defeating more than 50 yakuzas)

“Bill’s last bullet put me in a coma – A coma I was to lie in for four years. When I woke up, I went on what the movie advertisements refer to as a ’roaring rampage of revenge.‘ I roared. And I rampaged. And I got bloody satisfaction. I’ve killed a hell of a lot of people to get to this point, but I have only one more. The last one. The one I’m driving to right now. The only one left. And when I arrive at my destination, I am gonna kill Bill.”

“Wiggle your big toe.” (trying to recover mobility on her limbs after a 4 years coma)

If Bill is turned to be DC’s Copperhead (and the DIVAS own Copperhead is given another codename), the DIVAS could all be his elite squad.

When the main character of a story, The Bride’s world switches Genre from time at every “chapter” of it. Action, Mock-Real and Gritty are the three more usual, besides a mix of the Humour and Gritty Genres that we could call the Tarantino Genre.

Evolution of the bride

Before discovering her motherhood her Motivation was Thrill Seeker. Between that moment and her beating at Dos Pinos it was Responsibility of Power.

From the end of the vol. 2, Beatrix’s Motivation may well be Responsibility of Power: she killed Vernita “Copperhead” Green in front of her own daughter, much to her pain, and she knows that someday the child may want to exact her revenge (in fact Tarantino would like to film such a sequel around the year 2020).

Small changes in The Bride’s fight against the yakuza in the Japanese version of Kill Bill vol. 1 could add Jumping: 1 to her writeup.

I tried to keep away from unfilmed material as much as I can, although I’ll use the “reading the lines in the hands” schtick to giving her Clue Analysis. 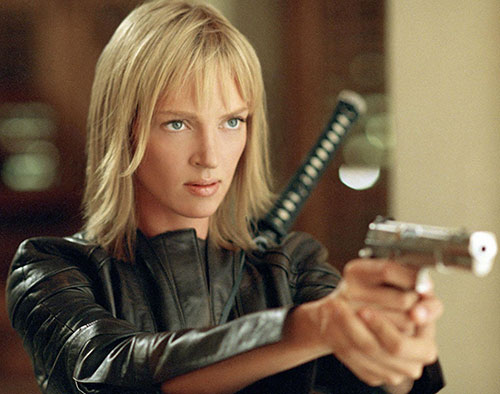 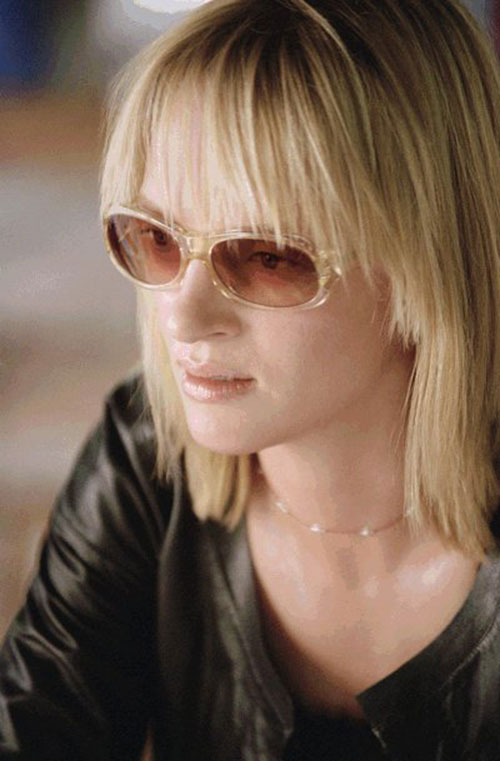 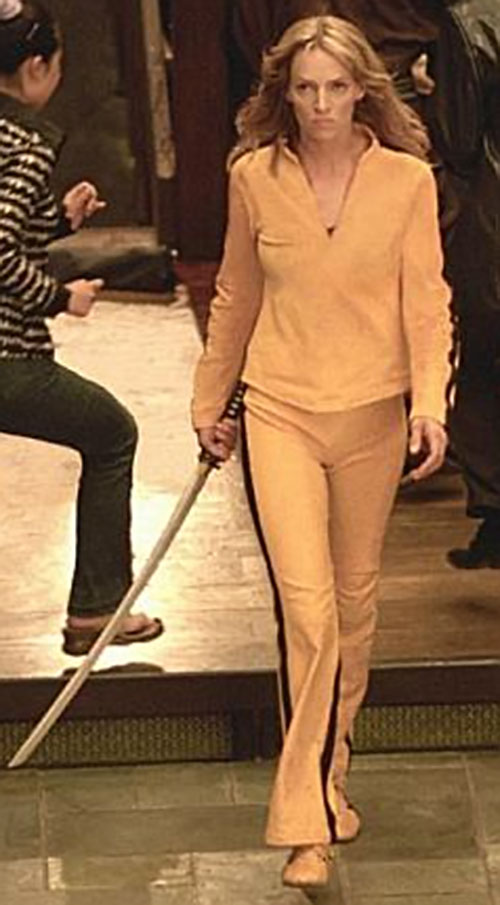 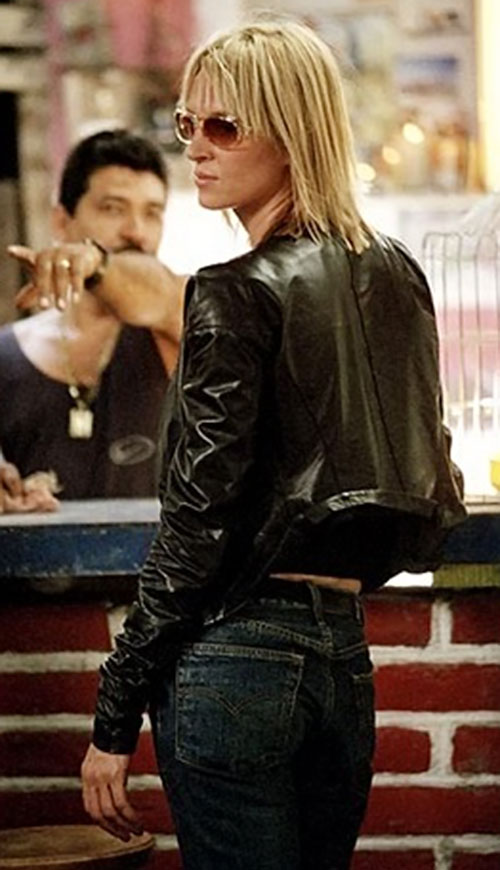 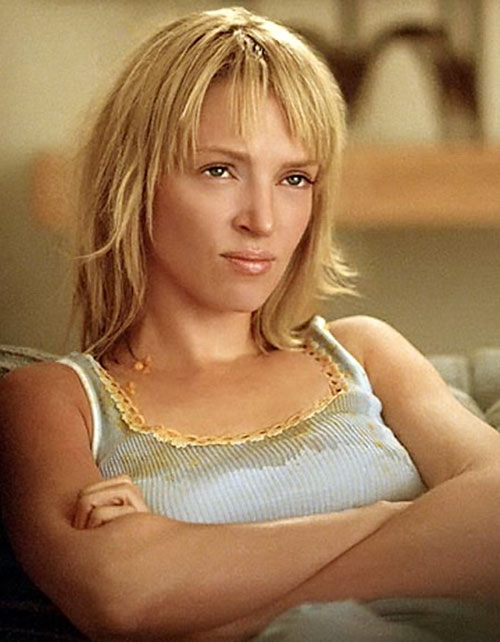 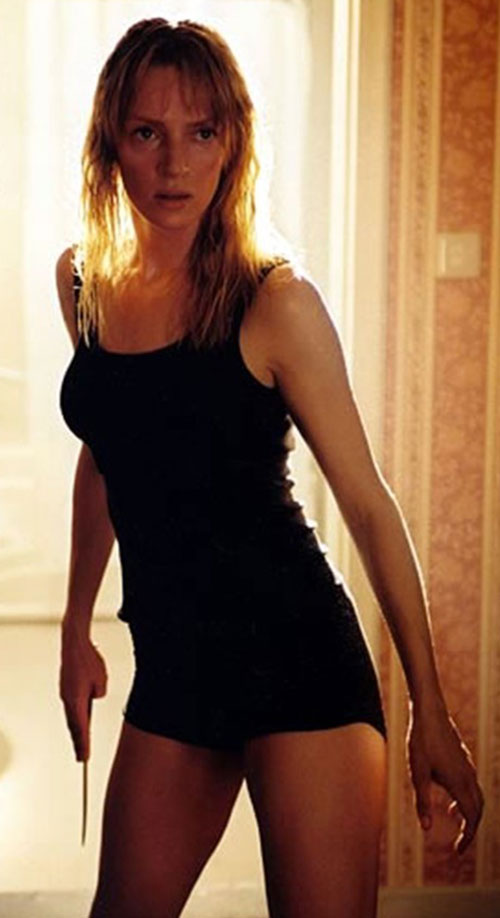