Being part jungle cat and part human, the Kill-Cat has superior strength and agility, and extraordinary stamina and speed. It is assumed that he can see in the dark as well.

Although basically an idiot, he seems capable enough of leading a large business corporation to success.

Alan inherited his family’s (for several generations) extremely successful company. The company has apparently continued to function even under Alan’s incompetent leadership as its CEO.

He has chosen to finance rather bizarre projects. Such as the million-dollar development of a Mandelbrot  toaster which is the first practical application of string theory and symmetrical physics. Although it could be a perfect teleportation device, it can, at least, make a perfect English muffin every time (one can actually teleport using these toasters if you know how to use it).

The Company is located in a large sky-scraper. Its logotype is displayed on the top floor. Much to the dismay of the workers, Alan keeps calling really bad, boring, frequent meetings.

The company providing all the money he could ever need, he lives in a large manor with the Kid, and spends money of nifty gadgets for use in his crime-fighting.

Alan Williamson was born to extremely wealthy parents who were killed on a safari. He himself fell onto a booby trap and was left near death. He only survived through a local tribe’s mystical practices, which fused him with the essence of a jungle cat. Alan took on the alter ego of Kill-Cat and worked to defend his native Detroit from evil-doers.

Over time, he got his own gallery of ridiculous rogues. He took over his father’s company as the CEO and has since led it successfully.

When the heroine Dart started fighting crime in Detroit, she teamed up with Kill-Cat a few times, perhaps even becoming partners for a while. Despite having some interest in him, she discovered at last that he was an idiot heavily infatuated with her. In the end, she left Detroit for Chicago.

Kill-Cat eventually gained a partner and sidekick in the form of the Kid Avenger. Together, they formed the Deadly Duo. After accidentally causing the destruction of Detroit, they moved to Chicago to continue their work there. He is, apparently, now famous enough to star in cheap movies.

The Kill-Cat is a large, very muscular man. He is part jungle cat and has cat-like eyes and pointy ears.

His superhero uniform is dark blue covering arms and legs, on top of which he wears white tights over his chest and as shorts in classic superhero style. On his chest he wears the stylized golden-colored Kill-Cat sign, a letter consisting of a fused K and C.

He also wears a golden-colored belt with a red spherical belt buckle in red. The white cowl covering his head, except for the mouth, is completed by large, pointy cat-like ears and triangular cat-like eyes. Both his boots and large gauntlets are metallic and contain three sharp claws each, used in combat. He could be mistaken for the Batman.

In his civilian life he wears a dark moustache, an unshaven chin (he claims that he has to shave ten times a day to look human), slick, back-combed hair, a pair of black sunglasses and a fine suit.

The Kill-Cat is a hero out for vengeance and for kicks. He hopes to team up with competent heroes, to earn great fame, and in particular, to meet sexy superheroines. His manners are straight to the point and socially clumsy. He very often attempts absurdly risky and ineffective stunts for no reason.

He is well-known for never planning anything and leaving catastrophe and destruction in his wake. His methods are often putting people off, despite him having saved the day, with him ending being ridiculed or on the run. The problem is that he is somewhat ridiculous and pompous despite being a somewhat competent crimefighter.

He does believe that he is God’s gift to women. And, yes, of course he overestimates his own capabilities. He is convinced that he and the heroine Dart have a relationship, and he often dreams about this, while she, nowadays, really thinks of him as a great buffoon and bully. She actually hates his guts.

He usually tells other women, who are not even interested in him, that he already has his heart set on somebody else. Nothing seems capable of making him see through the delusion, not even Dart thoroughly beating him up, leaving him in the hospital for months.

He has a mentor-like relationship to Kid Avenger. The Kid is a rather powerful time-traveler from the far future, who has no clue about life in the current decade. In his introductory speeches, when encountering heroes or villains, he often boasts about the Deadly Duo, not realizing that he sounds rather pathetic.

He conveniently misses the fact that people, such as hostages or fellow heroes die due to his poorly planned assaults on the supercriminals. He has been completely surprised when the now-dead hero he is teaming up with doesn’t reply to his banter. On the other hand, quite probably, he wouldn’t mind if a foe were killed since that would be “cool”.

Nevertheless, the Kill-Cat has heart, spirit and some degree of bravery. Despite his poor heroic track record continues to mess up the day on a regular basis, occasionally even managing to do something really heroic. Still, other heroes won’t give him the time of day.

“It would appear I have arrived just in the nick-o-time. Unhand her, you villainous scoundrel or be prepared to have your ass kicked.”

“Take that, filthy bank robber ! Nice suit, by the way.”

(To Dart) “Hey, babe. That pretty boy you’ve been seeing just doesn’t have what it takes. You need a real man.”

(After having been severely beaten by Dart) Kid Avenger: “Gosh, Kill-cat, that ‘Gang of toughs’ really did a number on you !”
Kill-Cat: “I would have beaten them, too, if one of them hadn’t hit me from behind. Even with my superior recuperating abilities, I’ll be out of commission for a few months. Blast it all !”

Kill-Cat: “Don’t worry, officers. The Deadly Duo are here to handle this.”
Officer: “Never heard of you.”

Kill-Cat: “And that’s how I became Kill-Cat.”
Kid: “Whew, cool story. What finally convinced you that Biff really killed your parents ?”
Kill-Cat: “What do you mean ?”
Kid: “He never actually admitted it. They stepped into a booby-trap in Africa. How do you know Biff really killed them ? How do you know he wasn’t innocent, like he claimed ?”
Kill-Cat: “Oh, my God — you’re right. I never even considered the possibility ! I may have driven an innocent man to the grave ! My whole life is a sham ! What kind of monster am I ?”
Kid: “I’m sorry. Look, he could still have been guilty. It’s possible, I suppose. I mean, you could have done the right thing.”
Kill-Cat: “No wait, this can still work. I’ll re-dedicate myself to fighting crime and injustice ! No innocent lives will, again, be taken !”

Kill-Cat has similarities with Bruce Wayne alias the Batman. The Deadly Duo, in fact, is like a parody of Batman and Robin, although Super-Tough and Young-Tough is a closer match of the crimefighting duo.

While the Batman is a successful hero, Kill-Cat is a failure. He could be used for the Cat-Man trying to reform, a Batman copycat or even be an identity created either by Clayface or by Hugo Strange to discredit the Dark Knight Detective.

Another nice option is that, after the last Crisis, with Batman disappeared, he could have worked in Gotham, starting his career as hero. Perhaps he left in depression after the Question, who was investigating Biff’s death, showed him that his parents’ death was a simple accident.

Kid Avenger probably joined the Titans after that, becoming one of the short-term members of the One Year Gap. Or perhaps he could become Booster Gold sidekick (he comes from the future, too). This could produce some interesting interaction.

Drawbacks:
MIA (Dart), Mistrust (only if he has been responsible for a catastrophe recently), Secret Identity, Unluck. 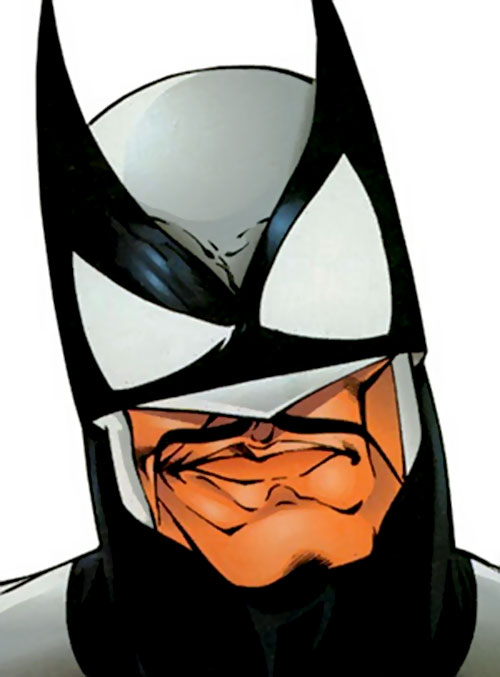 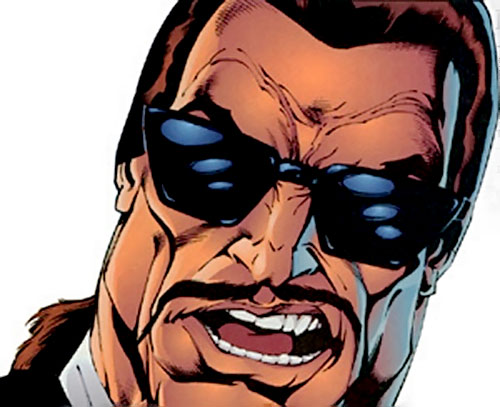 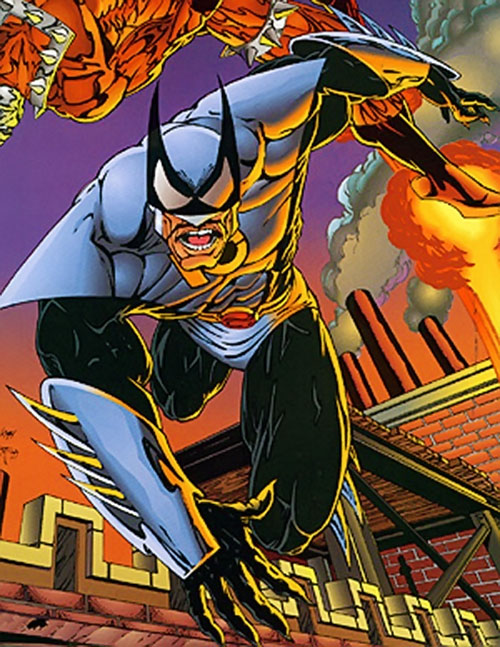