“They shot popcorn at us !”

The movie is very well-regarded in its genre, and has become a cult classic. It’s, uh, special.

The Klowns are superhumanly durable and practically bullet-proof. At least until they are attacked on their big, red nose – which immediately destroys them in an amusing manner.

In their psychopath antics they employ circus-inspired super-technology to torture, destroy and capture their targets.

The Klowns look like Earth clowns, although they are either larger or smaller than normal humans. They wear clown clothing, makeup and have white skin, fuzzy, colored hair and a round, red nose, as well as a large painted on smile (with bad, sharp teeth). 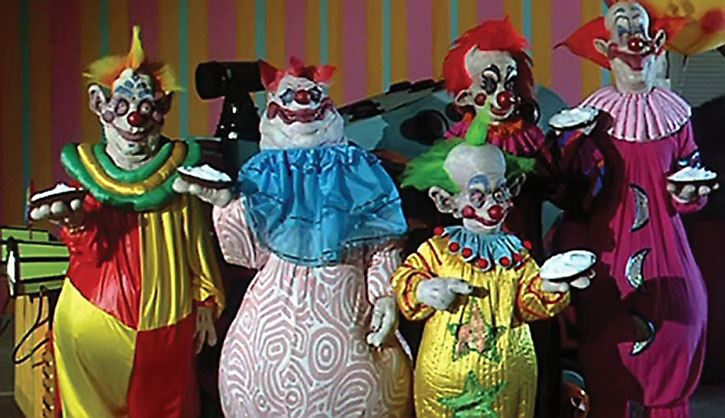 They are usually seen wielding a dangerous, but completely unassuming weapon. At first glance, nobody takes them seriously. Thus they can easily set themselves up in position for whatever mayhem they have planned. They walk around in a clownish manner, and have shrieking, low-pitched voices when they speak in their alien tongue.

All part of the act!

The Killer Klowns are clown-looking psychopaths from outer space. They enjoy the taste of humanoid blood and meat, as well as general carnage, mayhem, destruction and random killing in new and inventive ways. They have superior technology resembling circus and clown apparel. 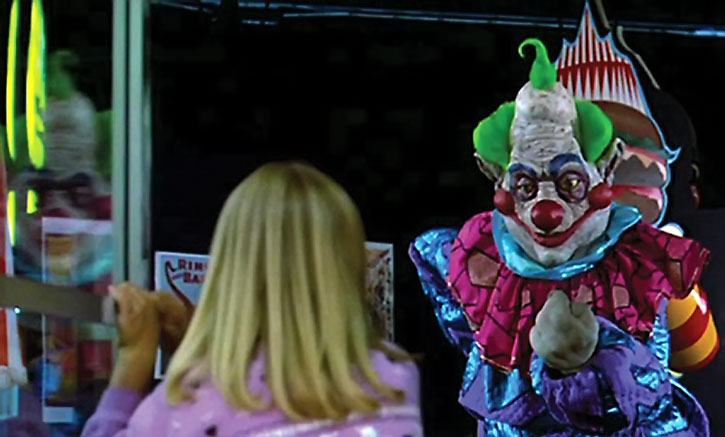 The Klowns roam about space looking for a suitable planet where they can set up their next operation. By landing their spaceship, which looks exactly like a circus tent, they lure in the locals to a deadly show. They appear relatively harmless, and their targets will stay relaxed and even amused until the killing and capturing starts.

Once the locals have been eliminated they move on to nearby cities, invading it with humour, superior technology and an evil agenda. In the end, when their food storage on-board the ship has been filled up, they move on to the next planet, all the while partying it up in space. The joke is on you! Hohohohohoh!

Equipment:
Some of the following : 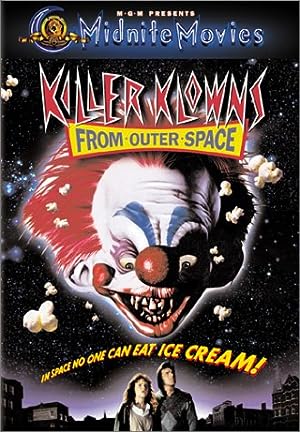 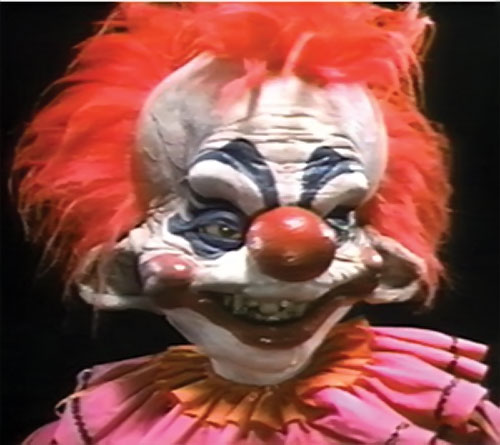 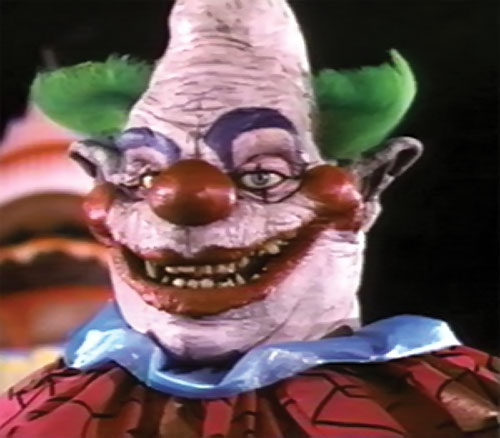