Killer Moth is a late Golden Age  Batman villain, who appeared in 1951. Though he did have an elusive je ne sais quoi, it was faint indeed and he never caught on. Yet he kept returning in minor, scattered roles over the decades. Many of these appearances stem from his part in Batgirl (Barbara Gordon)’s origin.

There isn’t much information to go on for this version. He’s from a 1967 eight-minute short designed to introduce Yvonne Craig  as Barbara “Batgirl” Gordon to ABC’s executives and Batman’s other producers. It was a sort of mini-pilot for a spin-off series that never was produced.

Killer Moth is strong and fast enough to catch Barbara Gordon unaware and keep her contained. On the other hand it takes all three of his thugs to do the same with Mantross, the out-of-shape, elderly millionaire.

He (but not his thugs) also carries a gun that can encase any nuisance in a hard, cocoon-like shell. It could only be broken with Batgirl’s laser and a bit of time.

(I assume that his early career more or less follows that of the Post-Crisis Killer Moth, Drury Walker, but that’s only because it’s actually *more* campy than Pre-Crisis.)

Nothing is known of Killer Moth’s origins, except that he is a known and recognizable felon. We meet him as he and his men are lurking around the Gotham City Public Library, looking for millionaires worth kidnapping.

Discarding Bruce Wayne due to his working relationship with Batman, the villains settled on Roger Mantross, who was accompanying Wayne to the library to settle a bet. When Wayne and his ward, Dick Grayson, left as the library was closing, Killer Moth captured new librarian Barbara Gordon and locked her in the library’s back office, giving his associates time to capture Mantross.

Little did any of the gang know that they were recognized by Grayson, and he and Wayne doubled back as Batman and Robin. Likewise, timid Barbara Gordon happened to be locked next to her secret closet housing her prototype Batgirl outfit, which she donned.

Breaking out through the window, Batgirl joined the Dynamic Duo and subdued the kidnappers. Killer Moth was taken into custody soon after, as Batgirl vanished into the night on her Batgirlcycle.

Some verrry vintage fan-compiled Batgirl sequences, so you can get a sense of what that world was like.

The Killer Moth is a stocky, vaguely avuncular, older gentleman with slightly bulging (almost bug-like) eyes and a smile that seems just a tiny bit too wide and consistent.

The Moth, himself, can be distinguished from his men, however, by his yellow cape. It runs down about half the length of his back, and split down the middle to (in theory, at least) give the effect of having wings, limp though they may be.

He also is the only one of his men who carries the cocooning device, which is a large-ish metallic thing looking a bit like a blocky assault rifle.

This version of Killer Moth is a fairly stereotypical TV kidnapper.

What we see of his personality is that of a person who believes he’s far stealthier than he actually is. He walks as if on tiptoe, speaks in hushed, almost guttural, tones, and thinks in exclusively business terms.

(Re: kidnapping Bruce Wayne) : “He’s too good a friend of Batman’s. Better, the other millionaire sitting at that table, Roger Mantross.”

I admit it. I’m drawing a complete blank. The best I can come up with is that this would be some old, bitter guy posing as Killer Moth to face off against the likes of Jimmy Olsen or some other third-tier supporting cast member. 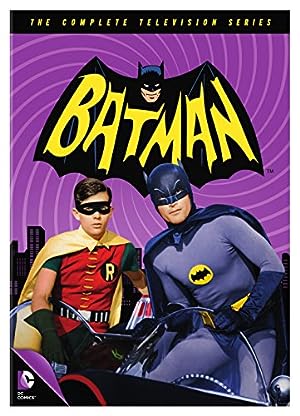