The Killer Shrews are back, and only one man remembers how to stop them… or die trying !

This time, the shrews are poor CGI animations. Without the gore it’d be a bad comedy.

We suggest that you first read the original The Killer Shrews writeup for more context and background.

The new version of killer shrew is about half the size of its predecessor.

They’ve overcome their aversion to bright lights and hunt around the clock.

And they now possess incredible leaping and climbing ability.

The 2012 shrews have lost the poison bite of the 1959 shrew. However, their bite is much deadlier. It can take off a limb with a single attack.

These shrews are controlled like attack dogs. Using a whistle, Jerry can command the shrews to attack whomever and wherever he wants. He also learned how to control their population growth.

There are less than 20 shown at a time. Their full count is undetermined. 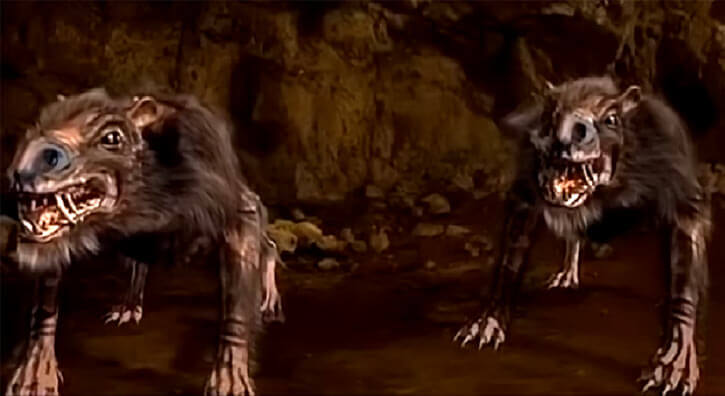 The island remained uninhabited since 1959 after Thorne, Ann, and Dr. Marlowe Cragin escaped.

The Doctor said all the shrews would be dead in less than two days. He was wrong.

This time on the island…

Captain Thorne Sherman, after 53 years, returned to the island where he encountered the killer shrews. This time his cargo was only two passengers and their luggage.

Then came a film crew putting together a wild animal reality show.

Jerry Farrell – Even though he was clearly killed in the original film. Instead, he ran to a cave to escape the pursuing shrews. Inside he found a WWII bunker and subsisted on C-Rations. 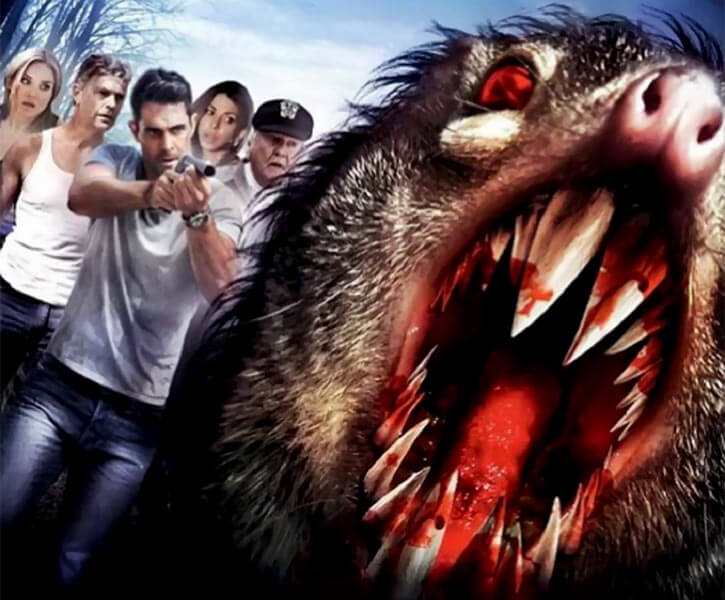 There’s nothing on this island…

Two of the film crew found Rook from the first film’s remains. Only bones.

The crewmembers were attacked and eaten by a couple of the newest generation of killer shrews.

The producer asked the intern to go find the missing crewmembers. She was never seen again. Sam found only her walkie-talkie.

The group all together, met, danced, and got to know each other. They set up tents for the night. Thorne felt increasingly anxious about being on the island.

By the second day, five were dead, including Wally.

Evidence of further deaths surfaced. Thorne warned them all to escape the island, immediately. Of course, no one listened.

Further shrew attacks caused Thorne to lead the group to the old research center. That was where he fought off the shrews all those years ago. The fence was still standing and intact.

Thorne found the cave where the shrews originated. Inside he found his old enemy, Jerry Farrell.

Sam, Neavis, and Mickey were being held as Jerry’s prisoners. Jerry planned to use them as bait to lure Thorne to him.

Jerry held a grudge all these years, believing Thorne would someday return to the island. He had continued the experiments Dr. Cragin started. Jerry worked on perfecting stronger, meaner, and more obedient shrews.

He learned how to use a flute to imitate the shrew’s hunting screech. Over time, Jerry became their “alpha shrew”. Using his flute, he could get them to do almost anything.

Sam escaped his bonds and grabbed Jerry from behind. Thorne then demanded Jerry use the flute to provide safe passage back to their boat. As they neared the boats, Jerry threw the flute in the river.

The shrews surged forward! Will anyone survive this time? 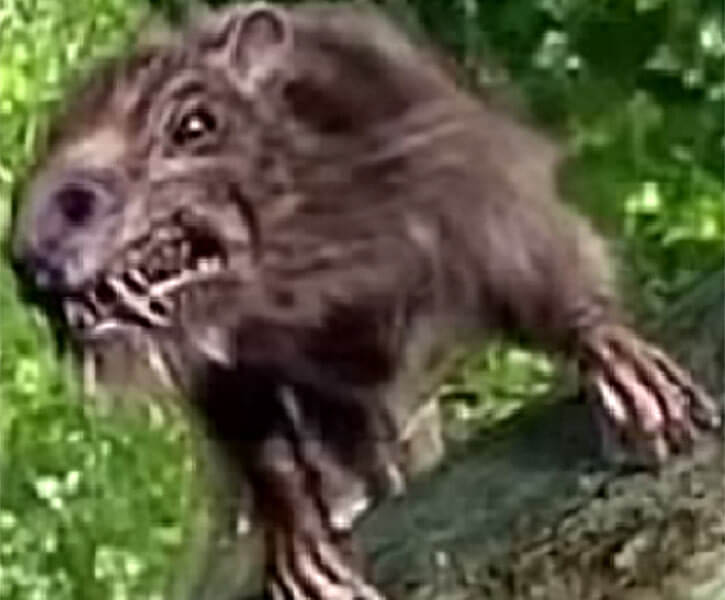 Their tails are dog-like, no longer rat-like.

The 2012 Killer Shrews act a lot like dogs. They even wag their tails.

This is because they’ve been nearly domesticated by Jerry. If left alone, they would revert to a pack mentality. 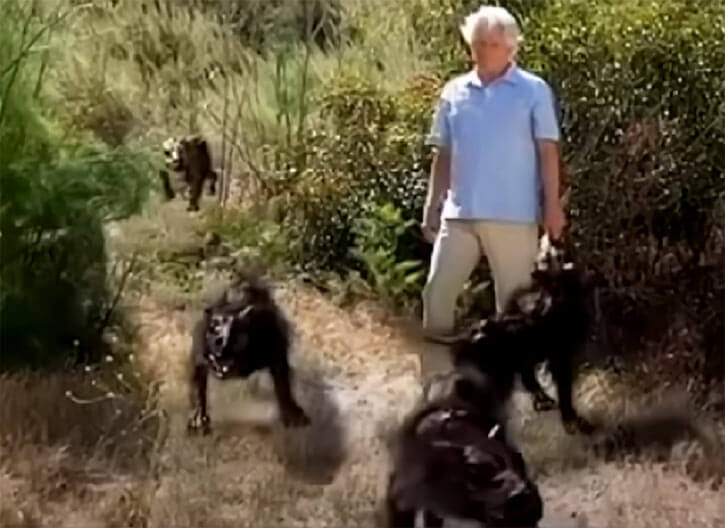 Shrinking is always on and already factored in (-1 FC).

Miscellaneous Drawback: Must eat ten times their weight in food in a 24-hour period, instead of the usual 4 days, or begin to starve. The Starvation rules are on BOH:SE pg. 155. They will lose an additional 1 AP of Body (as Killing Combat damage) every 8 hours after that.

At one point Sam is being chased by three killer shrews. He runs into a stream and realizes the shrews won’t enter even shallow water. This seems to be a weakness he can exploit.

However, he later confronts Jerry with this information. Jerry laughs it off saying he can command the shrews to do whatever he wants.

This version of killer shrew reacts to a whistle in the same way a dog would. Therefore, I’ve added the hearing powers equal to a dog’s.

The increased starvation rate is completely taken from Thorne’s description of the shrews.

Source of Character: The 2012 movie Return of the Killer Shrews.