Killer Wasp has been mutated into a wasp-like form. He :

Wasp is also a superior heavyweight boxer. His skills and power were well-considered by Wildcat (Ted Grant).

The Killer Wasp is the son of the Golden Wasp, a villain who repeatedly fought Wildcat (Ted Grant) after the War.

During the early 1950s, the Golden Wasp learned Grant’s identity. He then kidnapped Wildcat’s infant son, Jake. As to the Golden Wasp’s own son, he served as an experimental subject who gradually received wasp-like superhuman powers.

One for the Furies

However, the Golden Wasp gradually renounced crime and raised both boys semi-normally. As it turned out Jake Grant was a much more interesting kid. Even though the experiments on his own son were successful the Golden Wasp grew distant from him.

In a fit of jealousy, the Wasp’s son seemingly killed his father and Jake. Yet he pretended that it was Wildcat who had killed the Golden Wasp, and seemingly persuaded himself that this was true.

In 2000, the Golden Wasp’s son — now calling himself the Killer Wasp — joined Johnny Sorrow’s Injustice Society. His stated goal was to “avenge his father’s murder by Wildcat”. The team clashed twice with the Justice Society. Wildcat thought for a time that Killer Wasp might be his long-since missing son.

In 2010, the Killer Wasp was spotted in Gotham. He operated along with a gang of armed and costumed thugs, and had just bought a secret base from the Broker. Batman (Richard Grayson) and Robin (Damian Wayne) defeated the gang.

Though little was shown, one gets from the dialogue the impression that the Golden Wasp may have been present. 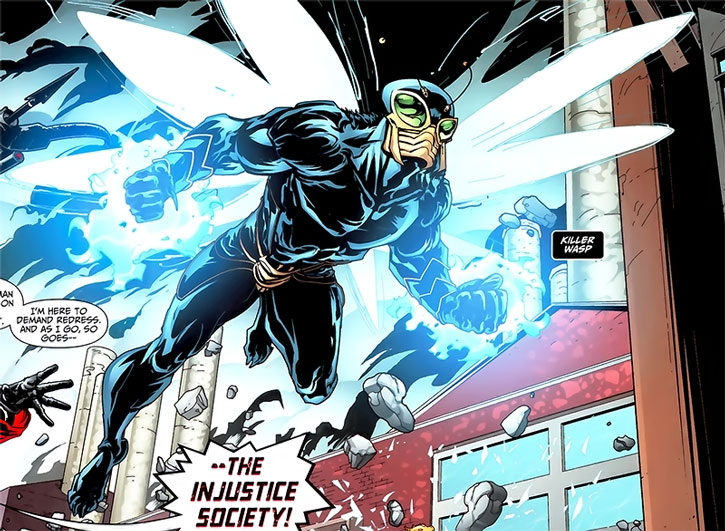 Killer Wasp apparently got lucky, as he was seen serving with Johnny Sorrow’ reunited Injustice Society mere days later. Presumably his colleagues had broken him out of prison.

The villainous Arthur Pemberton double-crossed Sorrow, and the Injustice Society attacked Pemberton’s Strike Force. However, the JSA responded. Killer Wasp was flattened by Power Girl before he could react.

Hours later, as Sorrow went increasingly insane in his attempts to summon the King of Tears. Thus, he carved Killer Wasp’s heart out and offering it as occult sacrifice.

Killer Wasp prefers flying to walking, and can effortlessly hover. People nearby can still talk comfortably, so his wings presumably do little noise.

An ignorant brute with an attitude and a snarky, anti-intellectual demeanour.

He does not care about collateral damage. In fact, he seems to enjoy it, and may zap civilians for the hell of it. If an ally is in the way, it’s a pretty safe bet he will open fire nevertheless.

“‘Adrenergic’ ? You mind translating for those of use who weren’t finalists on Jeopardy ?”

(To Count Vertigo) “Just watch where you toss those V-waves of yours, Vertie. Wouldn’t want me ralphing on your cape, would you ?” 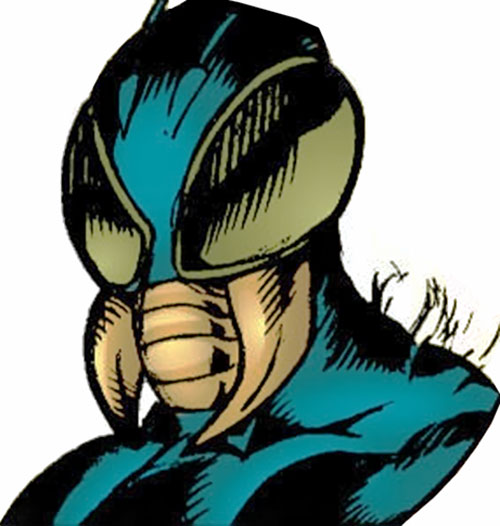 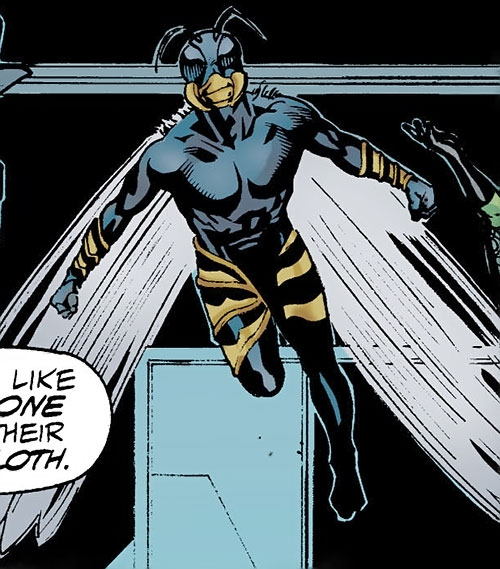 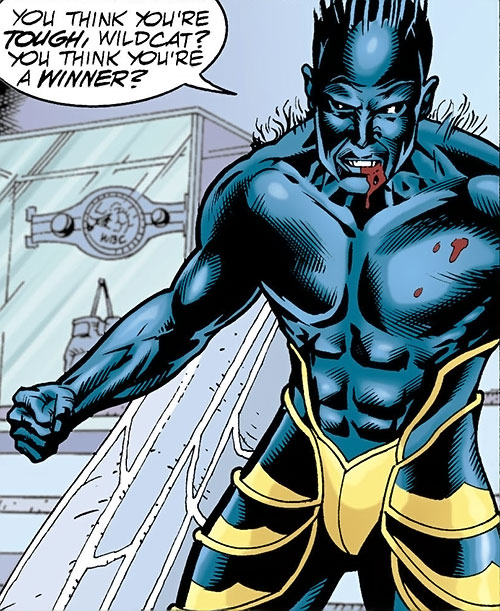 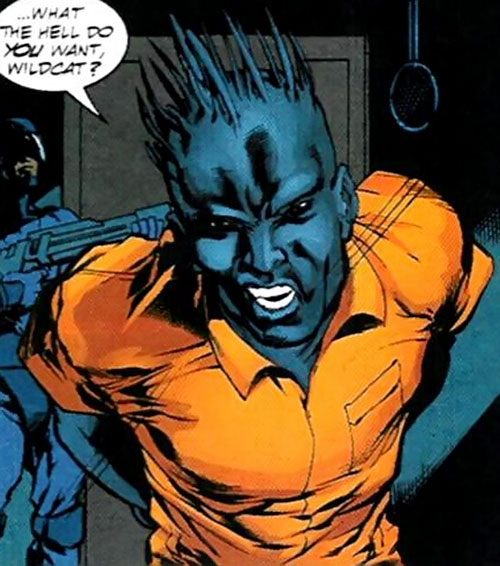