Since I gave their father his full writeup treatment, I figured that his two kids would be a snap.

That wound up being a yes and no answer. They only have one appearance as playable characters in Garou Mark of the Wolves, which never received a follow up. And thus game stats are highly speculative and largely derived from their father’s.

Still if you would like a pair of Korean martial artists that are somewhat similar, but have just enough differences to make them actual distinct characters, then here you go.

They aren’t super powerful, being newcomers to the fighting world. But they could be useful characters if you’d like additional fighters to flesh out a martial arts setting.

They’re also a bit of template. And their story could be adapted to fit a campaign as it’s somewhat scant.

Dong Hwang is the oldest son of tae kwon do legend Kim Kaphwan. And in this case the apple seemed to fall a bit far from the tree. DH is a naturally gifted and capable TKD practitioner, but that’s really about all he has in common with his father.

He’s actually forsaken the traditional TKD that his father always practices and preaches. Instead, he adapted his very own unorthodox and flashy style. He focuses on strong kicks to vital areas rather than combos that require a bit of finesse like his father and younger brother.

Make no mistake though he’s still more than capable of delivering a rapid series of kicks to the face. It’s just that this isn’t quite as on brand for his unique style. In DC Heroes RPG terms he’s far more likely to spend Hero PointsDC Heroes RPG concept expressing narrative importance/immunity. on EV.

He’s also harnessed the ability to convert his chi into lightning. He often uses this to enhance his kicks. The lightning can also paralyze his opponents… to a very limited degree.

Like his brother and father, he is very good at acrobatics and quite mobile. Dong Hwang is capable of hopping around slower opponents.

He’s also said to be quite the ladies’ man and said to be juggling multiple girlfriends at all times.

Being a man of indulgence he’s also capable of great gluttony. Dong Hwang is said to be able to devour 30 plates of clams in one sitting. 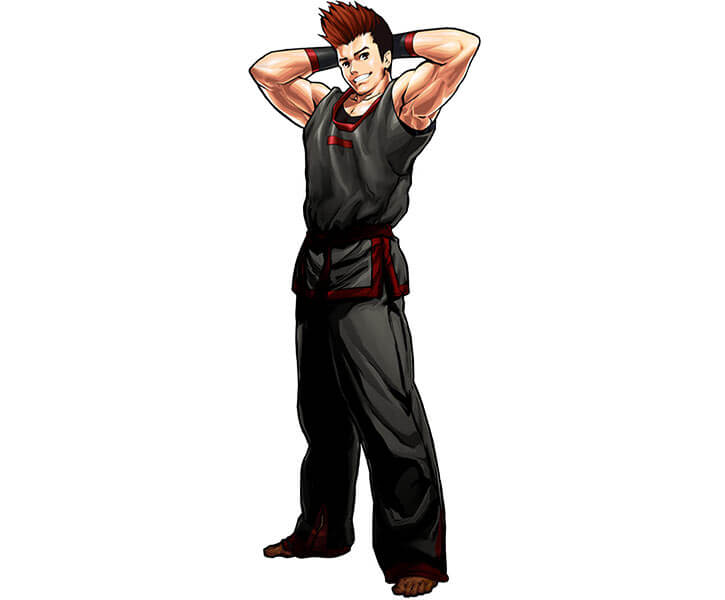 Kim Dong Hwang was the oldest son of Kim Kaphwan the legendary Tao Kwon Do fighter and national hero of Korea.

But while he was certainly naturally gifted like his father, his personality couldn’t be more at odds. DH had always largely coasted by on his natural prowess. He skipped out on his father’s long training sessions and constant lectures about upholding good and vanquishing evil.

Instead, he hung out with his friends, getting into trouble and hitting on girls.

For obvious reasons his relationship with his father had always been strained. They could never seem to reconcile their differences. The chasm between their vastly different personalities led to them constantly butting heads.

That all changed when he received word that his father had been badly beaten by an unknown assailant in New South Town. As strained as the relationship between father and son was, he could not allow this insult to go unanswered.

Dong Hwang boarded the first plane to New South Town to avenge his father. But it was also suggested that he might have had some ulterior motives, seeing a new town as an opportunity to hit on different women.

Once he arrived, he met up with his younger brother Jae Hoon. As they looked for their father’s assailant, they learned about the next King of Fighters Tournament. They signed up, assuming that a person capable of defeating their legendary father would participate.

How well the brothers did in the tournament was never mentioned, though we know they didn’t win. But they did uncover the identity of their father’s attacker. It was the vicious assassin Freeman.

Police officer Kevin Ryan had also joined the tournament to find Freeman. The Kim brothers heard that Ryan and the police had the killer cornered in an abandoned church.

They reach the scene too late. Kevin had already led a team into the building to arrest him. Freeman was shot multiple times in the bell tower and supposedly plummeted to his death, though his body wasn’t found.

Both brothers would have to wait for the next tournament…

Garou Mark of the Wolves 2

…which never happened. SNK had a bunch of financial woes, and this game was the last good game that they old guard of the company produced.

The company was eventually able to rise from the ashes under different management, but by then the planned sequel had been scrapped.

It seems like the Kim brothers would have confronted Freeman. And perhaps have some sort of contest to take charge of their father’s dojang, which seemed to be their main conflict from the get-go.

Under Korean tradition the older son should inherit the dojang and continue the practice. However DH’s brash and flippant “too cool for school” attitude, and the constant conflict with his father and younger brother, make that impractical.

Their father being both a strict disciplinarian and a staunch traditionalist would likely have some conflict with this. And thus the story seemed to be setting them up for either a showdown martial arts style or some sort of contest, such as who can hunt down Freeman, to decide succession rights.

We may never know as there are currently no plans to continue with this storyline.

DH wears a traditional sleeveless black training dobok for TKD complete with hand and feet guards. He has black hair and a light brown splotch in his bangs.

It’s implied that outside of the dojang he dresses in the latest most fashionable clothes and the ladies tend to find him attractive.

DH is loud, brash, and a bit of a slacker. He’s way more interested in hanging out with his punk friends and getting into trouble than he is spending time training. Or listening to his father’s lectures about using TKD as a force of good to defeat evil.

His real driving goal seems to be hitting on girls.

His behavior conflicts with his father and younger brother and while they don’t really get along he does respect them. But at the same time also wishes that they would just loosen up. 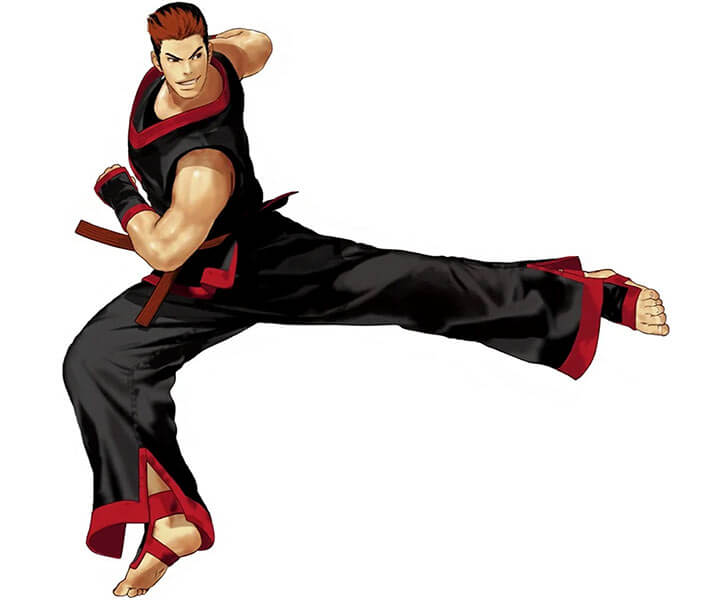 “I have a thing for blondes. It must be a complex, huh ?”

“All that conceit… I bet you’re eating your heart out.”

The brothers could basically be dropped in as is in practically any setting with martial arts elements. Simply substitute Freeman beating up their father for another martial artist and you’re basically good to go.