Dr Drakken: “She survived ?! But… but that’s IMPOSSIBLE !”
Kim: “Check my name. What part of ‘She Can Do Anything’ do you not comprehend ?”

Kim Possible was a successful, popular Disney animated property during the 2000s. The titular character was a high-school-age adventurer with superspy assets.

It did a good job at ditching a number of less-than-productive medium conventions, such as cartoons having to be for boys OR for girls. It also employed a mess of genres and references that previously tended to be the province of comic books.

“She Can Do Anything.” Pretty much sums it up.

Kim is extremely athletic. She has excellent reflexes that have been honed through years of cheerleading practice. It allows her to perform death-defying moves, like somersaulting between laser beams, with little apparent effort.

She is also highly skilled in the martial arts, knowing 16 types of Kung-Fu, including Mantis Kung-Fu. Her skills are aptly demonstrated by the fact that she is able to go toe-to-toe against Shego, an older and more experienced villain whose super powers allow her to tear through reinforced concrete with ease.

Kim is also a fast learner and is able to pick up new skills quickly. She adapts to new situations as they arise. Among the many talents that she has demonstrated during the series are a high level of proficiency in various extreme sports ; such as hang-gliding, skiing and rock climbing, and even shuttle piloting.

Throughout the series there are frequent mentions of Kim also regularly working as a babysitter as her primary, or only, source of income, despite her crowded schedule. Except for her brothers sometimes being Kim’s charges, little else has been shown or described of such jobs.

Kim Possible was an ordinary young girl leading an ordinary life. Wishing to supplement her allowance, she decided to start up a babysitting business and set up a website at “KimPossible.com”, under the slogan “I can do anything”, to advertise her services.

Soon after her site went live, Kim was contacted by a man named Mr. Paisley, a reclusive billionaire and stuffed animal collector from Upperton. He had become trapped in his own vault after accidentally activating a newly installed security system. Paisley was caught inside a grid of deadly lasers.

Being a natural gymnast, Kim managed to somersault between the lasers to where the remote control was, and deactivate them.

Word of Kim’s feat spread from there, leading to other people sending requests for help to her website. Ever since then, Kim has been traveling around the world as a freelance secret agent, helping people in trouble, with unusual problems, or defeating super-villains.

Due to her mad skills and her knack for foiling their world-conquering plans, Kim has assembled an odd array of arch-foes that she defeats on a regular basis. She also has as a huge network of contacts, allies, friends, and assistants. Her main opponent and pretty much her nemesis is Doctor Drakken’s henchmaiden Shego.

She is looking forward to an international career after High School, having applied to Universities in Hong Kong, London and Venice.

1080p official excerpt from So the drama, showing Kim in action.

Kim is a confident and assertive teenager. Her awareness of her own abilities is reflected in her motto “I can do anything”. Her typical state of mind is to be bright and cheerful, and she has a kind and caring heart that compels her to help others and to put their well being above her own.

However she can be arrogant at times, especially when people appear to do things better than she can. This brings out her uber-competitive nature.

She is a definite Type A personality. This leads her to set high standards for herself. She tends to be authoritarian and to set standards for others that are too high – as was evident when she attempted to coach her brothers’ soccer team. She also prefers to do things herself in order to save others from potential failure or harm.

Despite being a freelance hero, Kim is still a teenage girl. SHe is susceptible to most normal teenage insecurities and growing pains. She gets embarrassed by her parents, is pouty when she doesn’t get her own way, and has a strong desire to fit in, the latter of which is often one of her biggest weaknesses.

The animology fad classified Kim to a tee – a born leader who can’t resist a challenge, is driven to excel, and who is a perfectionist. During the career fair at her school, Kim was drawn toward international diplomacy – a demanding, extrovert field.

Kim has a tendency to be worried about – and frequently fooled by – appearances. As such, she is often overly concerned about her image and the way in which others see her, sometimes even going so far as to extend these anxieties to others (primarily Ron) even though they do not necessarily feel the same way.

Kim has a tendency to succumb to peer pressure, something she never really manages to overcome until the very end of the third season. She is often unable to see beyond first appearances, or deeper than other people’s defense mechanisms.

It is this element of her personality which appears to form the foundations of much of Kim’s rivalry with Bonnie Rockwaller. Bonnie is similarly competitive and concerned about appearances. It is often through this rivalry that we see the less desirable elements of Kim’s competitive nature in play.

This has included incidents when she has engaged in tit-for-tat revenge or one-upsmanship. Or when she has competed purely because she doesn’t want Bonnie to succeed.

Since Kim is uber-competent in nearly everything, she tends to become frustrated, impatient or insecure when faced with a field in which she does not instantly excel. This is often made more notable by the fact that these fields are ones in which either the often inept Ron or the immature Tweebs excel.

Examples of such fields include cooking and video games, car mechanics, and the duties required of her when she worked at Bueno Nacho during season 1.

In addition to the recurring problems caused by her competitive personality and her weakness in the face of peer pressure, Kim has also demonstrated many of the weaknesses that have become cliché in teen-high school comedy/drama. Most of these have been highlighted in individual episodes, but are not evident across the franchise as a whole.

Such clichés include trapping herself in a position in which she tells an escalating series of lies in order to cover up a much smaller lie, attempting to sabotage an opponent’s campaign during a school election, and allowing herself to be baited into angry or unwise courses of action by a rival.

She is also very protective of her friends. She always stands up for Ron Stoppable, Josh Mankey (standing up against Ron’s insults) and in the movie So The Drama, she is more then willing to test out a very dangerous experimental suit to save her boyfriend Eric.

In So The Drama, it was confirmed by Drakken that Kim had a weakness for handsome guys, which Drakken exploited by creating the synthodrone 901, aka Eric.

Kim is a naturally intelligent student who maintains a high GPA despite her adventurous lifestyle. She uses the time she spends traveling to and from missions to study. She always makes sure that she gets a handle on assignments as early as she can in case she is called away on a mission at the last minute.

As a result of these diligences, it is only on rare occasions that her grades suffer or that she has problems with assignments.

Despite her intelligence, Kim remains the least scientifically-minded member of her family. She doesn’t understand many of the terms and phrases, or inventions that her father and brothers build and use.

For example, in the episode The Twin Factor, she immediately passes of her brothers invention of a handheld Silicon Phase Disruptor as a “stupid toy”. She also believes that the mind control chip in the same episode is “ferociously unethical”.

She also doubts her brothers’ high intelligence, believing their early advancement to high school is the result of a mistake in the records. She is truly shocked when she discovers it’s legitimate.

An older version of Kim was introduced in an interactive featurette that was included in the Sitch in Time DVD. Little was revealed about Kim’s older self, except that she was still fighting crime in her 40s, was a member of the PTA, and that she wears a patch over her left eye, à la Nick Fury.

Older Kim is also shown wearing a Global Justice uniform similar to that worn by Dr. Director (who coincidentally also has an eye patch).

Possibly Kim is the new Global Justice Director. Older Kim has not appeared in the series and her exact place in Kim Possible canon remains uncertain.

Kim: “Okay, type in ‘KimPossible.com.’“
Ron: “Loading… Loading… ‘Kim Possible. She can do anything.’ Yeah, you know, it sounds a little braggy.”
Kim: :”It’s like a commercial, Ron. It’s supposed to be braggy.”

(After a mission)
Dad: “How was Cambodia, Kimmie-cub ?”
Kim: “Mixed. Upside, I rescued a priceless artifact from a ferociously snakey, spikey pit.”
Mom: “And the downside ?”
Kim: “It was carried off by hooded ninja.”
Dad: “Isn’t that just like those darn ninjas ?”

Kim Possible could actually probably take place in the DCU with no problems, particularly since most heroes tend to stick with their own Rogue’s Galleries.

Shadow of the Ron

Oddly enough, and as noted by Shego in “Sitch in Time”, Kim and Ron are actually a solid team. Both are less competent when apart than when they are together. This may actually have become more pronounced when they finally became boyfriend/girlfriend.

The stats above are for Kim when she is “with” Ron. If they break up, however, she is quite noticeably less competent. In game terms she is considered to have the Eclipsed Drawback (see the New Rules File).

The Eclipsed penaltied applies whenever Ron and she have “broken up” (most noticably during “Sitch in Time”, when Ron had to relocate to Norway with his parents, but also when Kim’s memory was wiped and she couldn’t remember being Ron’s girlfriend), but also when Ron has turned evil (It’s happened more than once).

It *doesn’t* automatically happen when they are not together physically – Kim has on occasion had to adventure without Ron, but hasn’t suffered the penalty. It seems to happen only when they are not “spiritually” together. Though the GM may wish to assess an HP fee (no more than 10 HP) for Kim to avoid taking the penalty if Ron is not available.

Strangely, she also suffers the penalty if she cannot access her “mission gear”, her signature outfit that she wears during missions (She had to change outfits in season four when her previous gear was discontinued).

Oddly, Ron seems actually to be *more* competent when he is not physically with Kim. See the Ron Stoppable writeup for details.

Source of Character: Disney’s Kim Possible animated series, movies So the Drama and Sitch in Time. 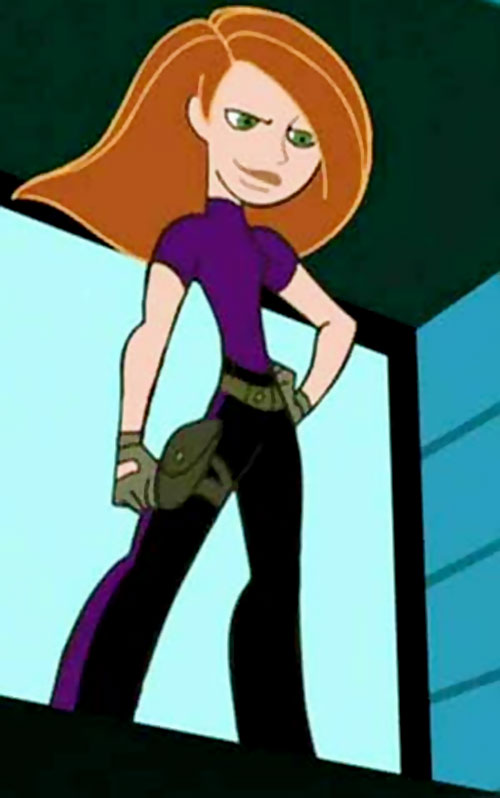 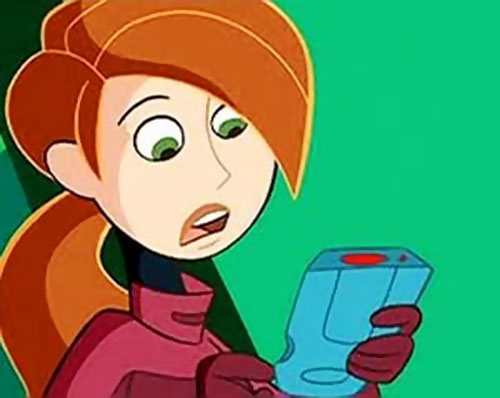 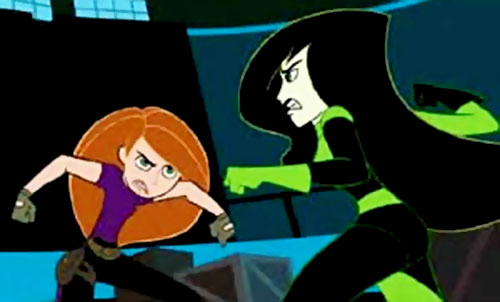 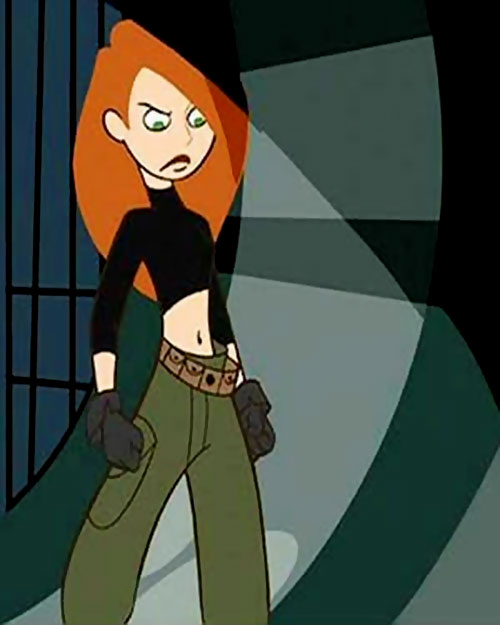 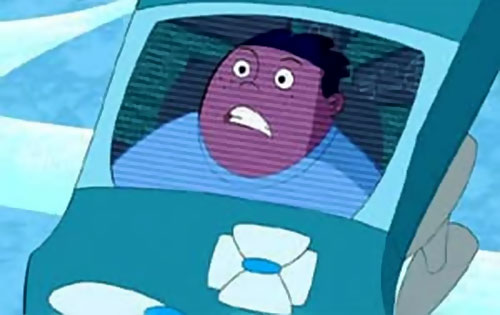 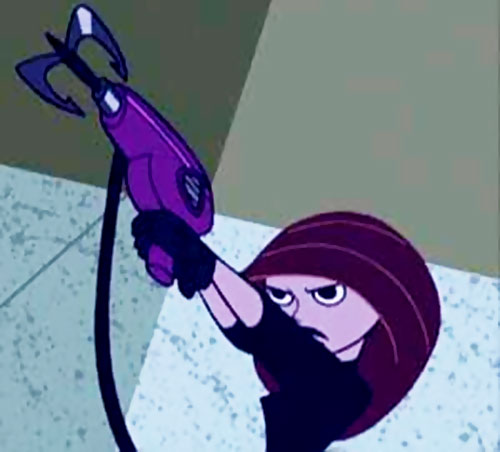 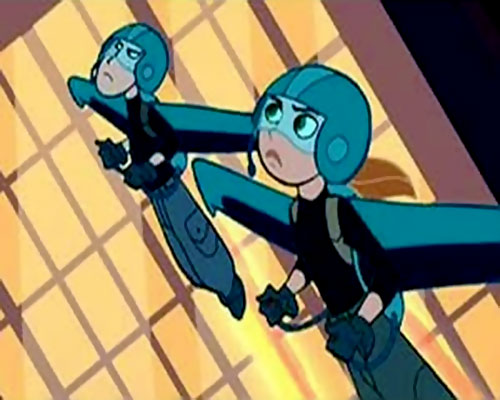 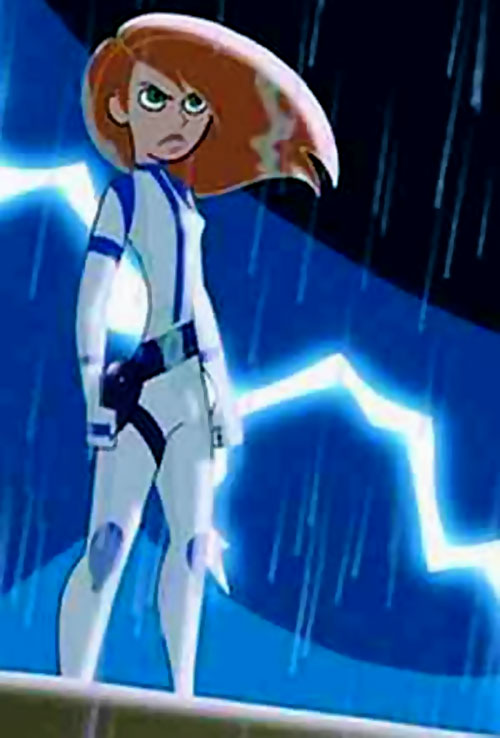 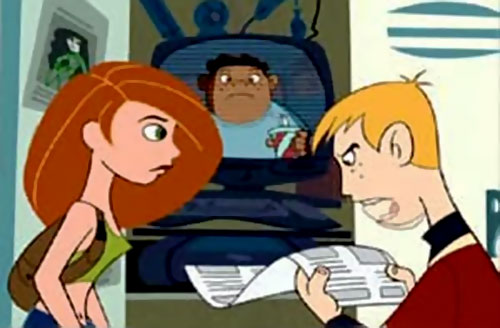 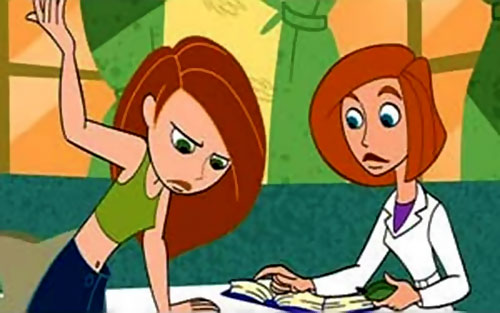 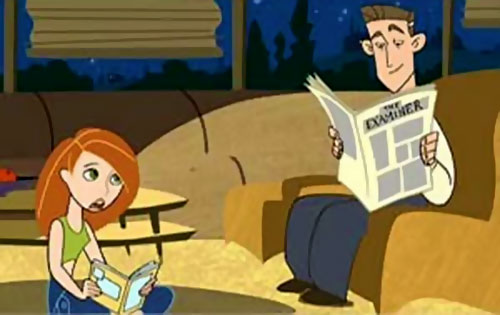 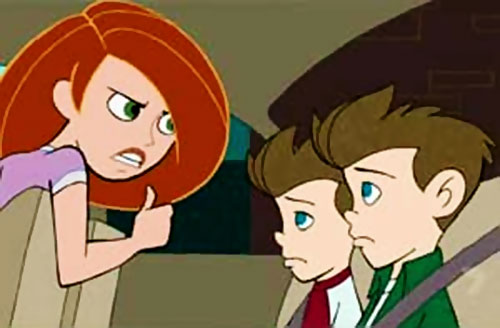 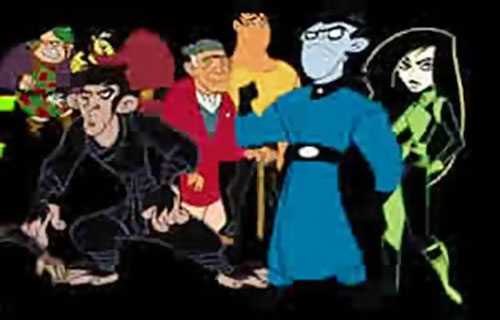 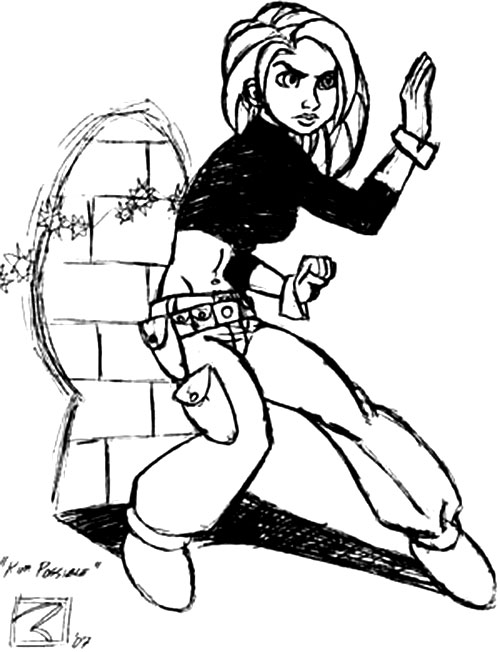