Well, not really – on either count. He has a pet cougar, who is probably the most competent thing in this profile. And he had something called the Nullifier, which could remotely trigger a blackout in the neighbourhood it is pointed at. But the tech was presumably bought from someone.

His henchmen are clad in terrible costumes.

King Cougar is some guy behind a minor mob. Inspired by the July 11th, 1977 blackout in New York City , he bought a Nullifier to trigger blackouts. Then he prepared his crew and recruited more gangsters. 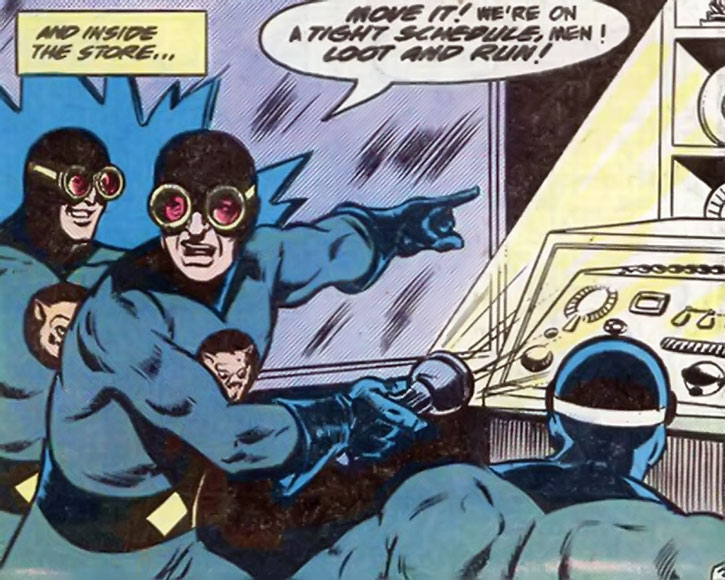 The plan was to make the chaos from the blackouts even worse with bombs in important places, agitprop  people rousing the disenfranchised areas, etc..

However, the last test run of the Nullifier was done on Jimmy Olsen’s block. Olsen foiled the terribly-costumed thugs who were robbing a jewellery store as a rehearsal for the big one.

He and other journalists investigated, and were quickly captured by King Cougar’s men. Olsen, then also known as “Mister Action”, swiftly escaped, captured the pet cougar, routed the guards and shut off the Nullifier.

Thus, Metropolis experienced a night of chaos, mild looting, fires, etc. but the situation remained under control. King Cougar did manage to escape, though.

It is real unlikely that he existed on post-Crisis New Earth. Or at least, one would hope so.

Yes, the illustrations are real.

Complete cliché of a villain. Cowardly, likes to explain his plans in details, might occasionally twirl his moustache.

“Ha ha ha ! Metropolis — is she not a beautiful city, Bentley ? Just think — tomorrow night, all her treasures — her wealth, her power — will be mine to plunder !”

“Olsen, note that I have your famed super-watch ! Superman can’t save you — you’re helpless !”

Equipment:
Night-Vision Goggles [BODY 01, Ultra-vision: 03, Do nothing: 17, Limitation: Ultra-vision is Night Vision only].

Apparently just an assistant. He has 02s everywhere except for his Mental Attributes at 03.

Thugs with terrible, terrible costumes man was not meant to wear

Well, they could be beaten up and dispersed by Jimmy Olsen. They could conduct operations in a coordinated and efficient way, though, so they’re not stupid. 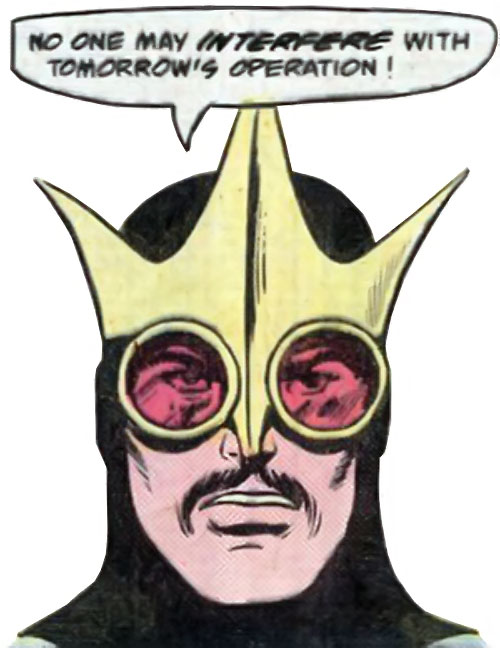 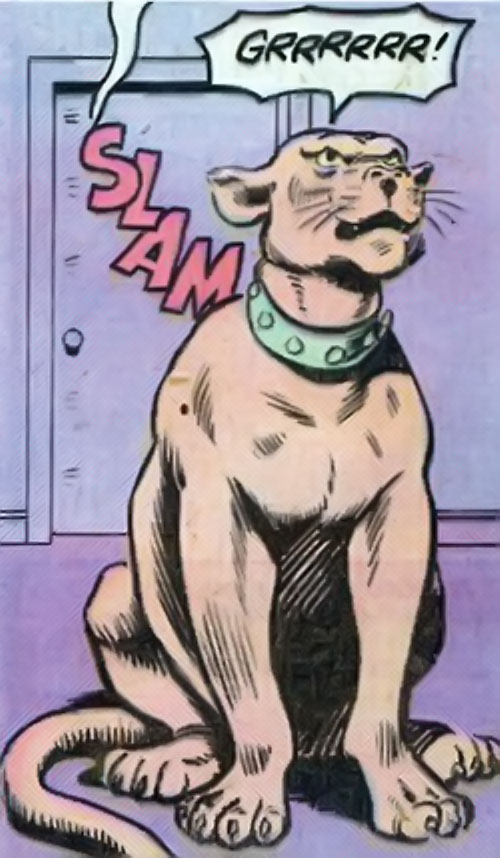 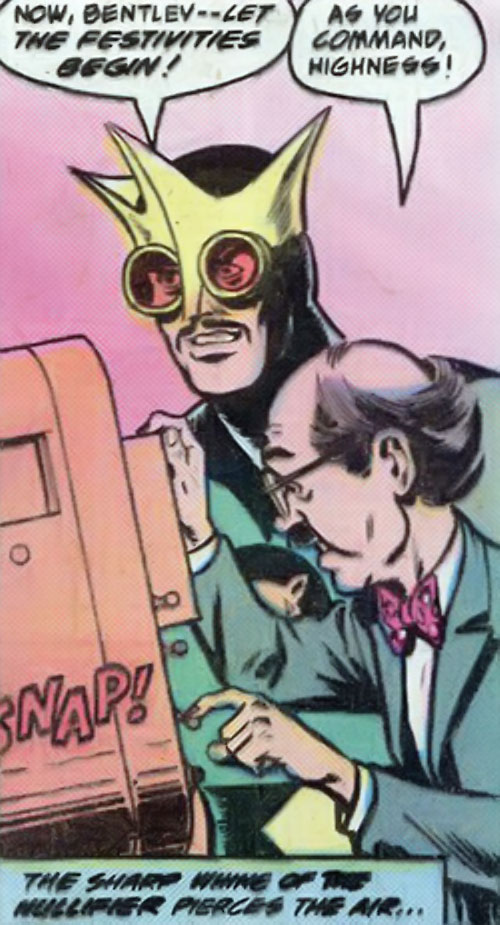