The main bad guy in the 2021 movie Thunder Force.

The King is a brickA character with superior strength and endurance, but usually (not always) lacking in mobility. with great superhuman strength and durability.

When he gets angry or serious, his eyes glow red.

His signature move is a crushing bear hug.

Beyond his physical attributes, The King is a successful businessman and politician. 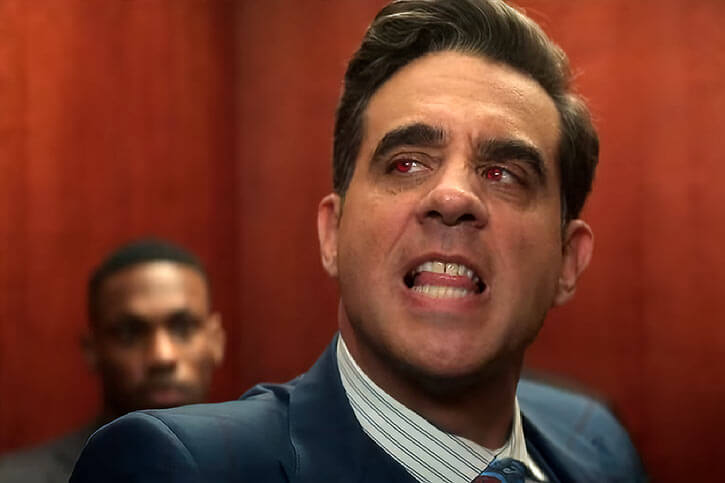 The cosmic wave that changed William Stevens into “The King” only increased his desire to rule.

With Miscreants showing up, The King started recruiting.

His first two recruits were Laser and The Crab (only half-creant, but still a criminal).

To further his political goals, he sent Laser on a destructive spree. Meanwhile, the Crab and his crew did robberies.

The King put himself in a position where it would appear only he could handle this new threat.

It was working fine until a team of superheroes, Thunder Force (Bingo and the Hammer), appeared on the scene. If the heroes could defeat Miscreants why would folks need The King?

His opponent Rachel Rodriguez pulled ahead in the polls and won when Thunder Force backed her run. In anger, The King had two of The Crab’s men killed.

The King, as a gesture of good sportsmanship, offered to throw a party for Rodriguez and her supporters. This was of course a trap. He wanted them all in one place so he could blow them up.

You’re pretty strong for a girl, but not strong enough

Thunder Force uncovered the plot and went to remove the bomb before it exploded.

A mole for The King informed them of Thunder Force’s action. This lead Laser to ambush the duo, but she ultimately failed.

The King would take matters into his own hands and kill Thunder Force on his own. He and The Crab with his crew confronted Thunder Force for a final showdown! 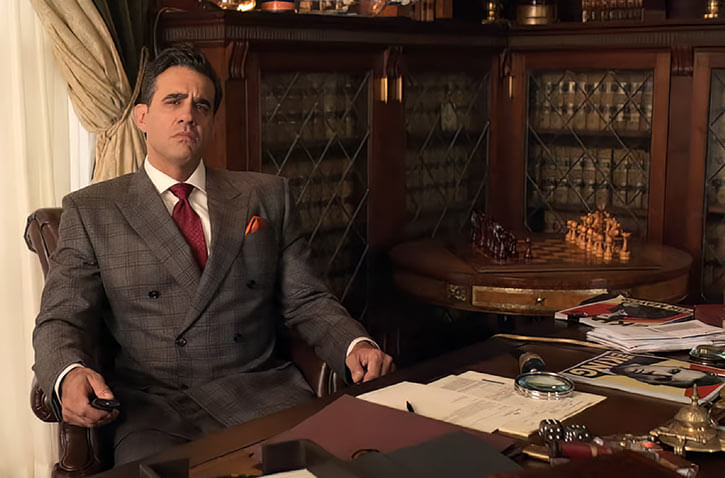 The King is a clean-shaved, tall man in a power suit.

When his eyes turn red his strength increases.

Even though he murders his own men when frustrated, he demands complete loyalty from everyone. 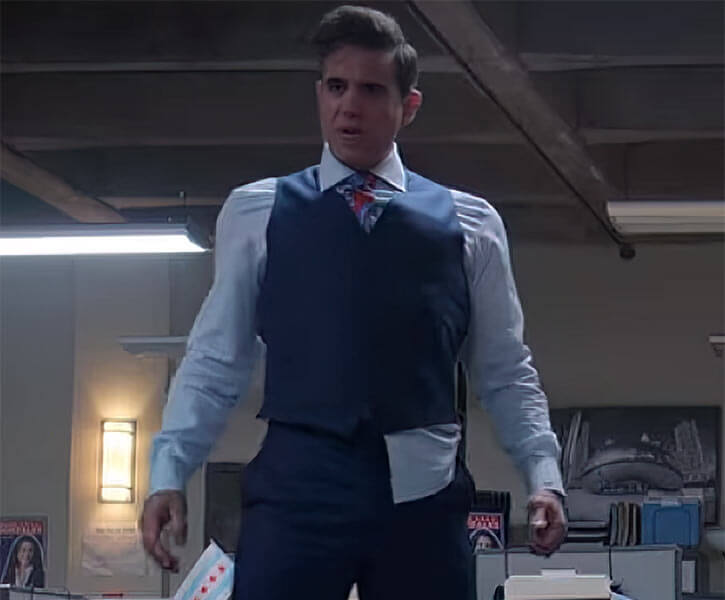 The King: “If there are superheroes out there now, what do the people need me for ?”
The Crab: “Tough to know.”
The King: “I mean the whole point is that I’m scaring people. Manipulating the media into believing you’re (Laser) a problem only I can solve. That’s how I win this stupid election.”

“I’m going to win this election and become mayor of this city. And then I’m going to win a bunch of other elections until finally, I’m President and then I’ll really be pulling all the strings.”

The King: “You didn’t think I was going to let a couple of nagging chicks get their hands on my big beautiful bomb, did you ?”
The Hammer: “Wow, you know what they say about men who claim they have big, big, bombs. Little tiny fuses.”

“You know, I have this signature move. It’s a hug of death thing.” 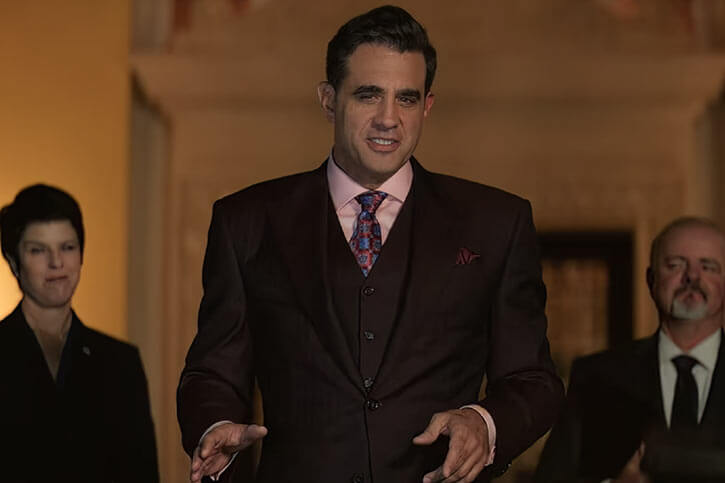 Power Reserve may be applied to STR for one phase after activating it. The King’s eyes turn red when so doing.

I went with Skin Armor since he’s more susceptible to Bingo’s taser than his durability to The Hammer’s punches would suggest.

Technically, his enhanced STR is a Power Loss Vulnerability. Here it is written up as Power Reserve so it looks clearer.