Although he has no super-powers, Kingslayer is nonetheless a dangerous opponent. He is a talented gadgeteer , as well as being handy with weapons of all types.

Kingslayer is a high-priced assassin. He specializes in political killings. He prefers to murder his victims with elaborate mechanical booby-traps, but will resort to ordinary weapons (and henchmen) if need be.

His most ambitious assignment to date, an attempt to kill over 100 heads of state who had gathered for a United Nations conference, was thwarted by the Super-Friends.

Kingslayer is a man of average height and build. He wears a purple leotard with a gold emblem of a broken crown on the chest, and green cowl, gloves, trunks, and boots. He also wears an orange belt with various weapons strapped to it.

For the most part, Kingslayer is cold and calculating, strictly businesslike in his missions. He does seem to relish a good challenge, though. Furthermore, he has a fondness for using elaborate gimmicks for killing when a simple bullet to the head would do the trick.

“It is my privilege to earn the money you offer by killing somebody ! I am not concerned with your ambitions !” 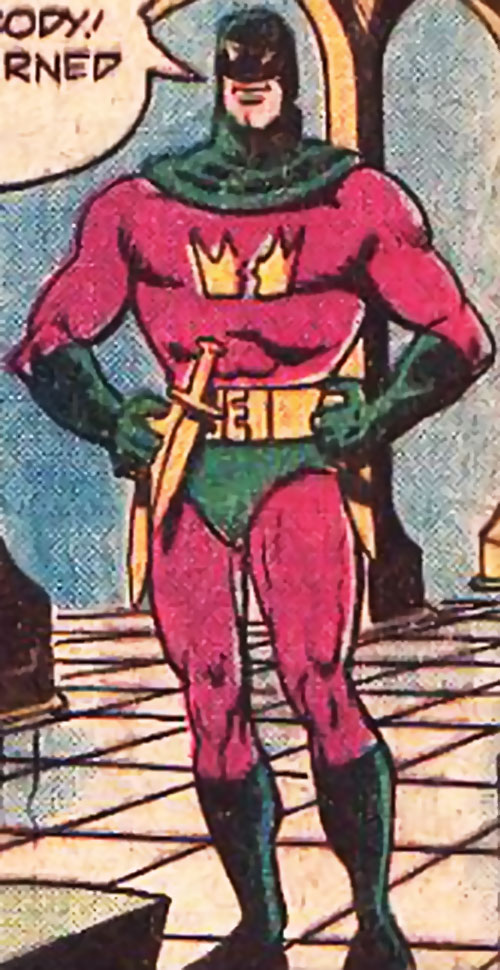