The nature of Kirigi is unknown. He could be many things – man, mutant, Deviant, magical construct, demon, mutate, mystical creature, minor shape-changing kami …

In any case he’s a giant of a man. He has incredible combat skills and isable to sustain an impossible amount of damage.

Kirigi does not bleed. He ignores wounds that would kill any man. He can kill three skilled swordfighters with one stroke from his sabre. He could walk around with his own (incredibly sharp) sword driven through his torso, though he was obviously in great pain whilst thus impaled.

Although he’s an utter combat munchkin  and a professional comic book ninja, smarts and flexibility apparently were his dump stats . Furthermore, he’s too confident. He tends to just wade into combat, assuming he’s going to out-fight any opposition without any subtlety.

This proved his downfall.

Kirigi is generally thought to be an obscure martial arts legend. He’s a gigantic, immortal ninja who has served the Hand for centuries and cannot be felled by any mortal force. But he actually exists. Kirigi has been detailed countless times to kill great warriors opposing the shadowy organisation.

In modern times, Kirigi was thus dispatched against Elektra whilst she was in New York City. Elektra narrowly prevailed, impaling her foe with his own sword. The sword still in his body, Kirigi retreated to an abandoned church, healing himself and recovering through meditation.

He soon attacked again, but Elektra managed to ram him with a truck, which somehow exploded. Kirigi survived even this. But he was on fire and thus could not avoid a decapitating blow by Elektra, who again used his own sword.

The Hand is known for mystically resurrecting key assets. And so they did, stealing the body despite the interference of the Black Widow. They returned Kirigi to life — or whatever it actually is — by sacrificing the life force of four volunteer ninja.

He was then tasked with killing the current master of the Chaste – Stick. With the help of the genin in New York City, Kirigi found and engaged Stick. However, no less than three other masters of the Chaste — Shaft, Claw and Stone — were present. With perfect coordination the four masters killed Kirigi. Stick told his three associates to destroy the body.

A somewhat similar giant ninja, Kuroyama, was later seen serving the Hand against the Chaste and Elektra.

He was more successful than Kirigi, and seemed to be even more powerful.

Interestingly, Kirigi is a mirror image of the Chaste master called Stone, except his suit is dark red and not white. This hints at similar origins between the Chaste master (who never seemed to be entirely human) and Kirigi.

Kirigi is a silent, straightforward combat monster. He’s proud, overconfident, and neither brilliant nor sharp.

But truth be told, he doesn’t really needs to be.

Equipment:
Kirigi carries an impressive arsenal of Hand weapons, though his main weapon is his sword.

Source of Character: Daredevil during the original Miller era. 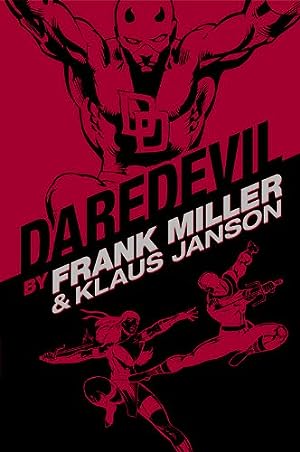 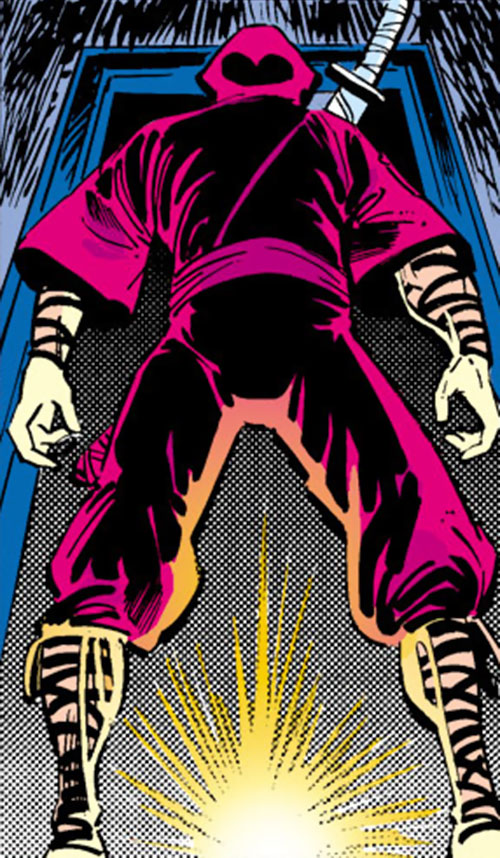