Klaw now possess a body composed of solid sonic energy. Thus, it is immune to aging, doesn’t need to eat, drink, breathe, or sleep. His sound body is greatly resistant to injury, although exposure to vacuum, certain sound frequencies, or attacks of similar sonic energy or of Vibranium  can harm him/disrupt his body.

Klaw also has attached to his right hand a “sonic converter” which can generate and manipulate sound for various effects, including sonic blasts, sonic force fields, and creating solid-sound objects and creatures.

(from www.sigma.net/ozbot/marvelhandbook/)
Ulysses Klaw was a scientist specializing in applied sonic physics. Many years ago, he was assigned a project to produce a sonic converter that could convert sound waves into physical mass. In order to procure a key component, Klaw organized and led several mercenaries to infiltrate the African nation Wakanda to steal a deposit of Vibranium.

Coming into conflict with the Wakandans, Klaw ordered his men to kill the leader, T’Chaka, in cold blood. T’Chaka’s son, T’Challa (later the Black Panther) witnessed his father’s death. He used Klaw’s own sonic blaster against him, shattering Klaw’s right hand.

Klaw fled, and later acquired a claw-like prosthetic which had a sonic-force blaster built into it.

Returning to Wakanda many years, Klaw was opposed by the Black Panther (now Wakanda’s ruler) and the Fantastic Four. At the end of the battle, Klaw threw himself onto his massive sonic converter he had brought along, and was transformed into a creature of “living sound.”

The sound of evil

He was defeated by the Fantastic Four, but was later freed from prison by the first Crimson Cowl (Ultron) to join the Masters of Evil and fight the Avengers.

Klaw has since on a wide range of villainous activities, including a partnership with Solarr to defeat the Avengers, allying with the extra-dimensional Sheenarians to help them invade Earth (stopped by Ka-zar), finding a new body for the incorporeal Molecule Man, and often battling the Fantastic Four.

Following a battle with Dazzler, Klaw found that he was trapped within the mutant as a result of her sound-to-light abilities. When she used her powers aboard Galactus’s ship, Klaw’s body and essence was absorbed by the alien technology.

When Galactus, among other heroes and villains, were assembled by the Beyonder for study, Dr. Doom inadvertently freed an insane and barely coherent Klaw from Galactus’ ship.

Doom then used Klaw’s connection to the alien technology to siphon off massive amounts of the ship’s energy. This allowed him to confront the Beyonder, and seemingly win. When the Beyonder reclaimed his power from Doom, Klaw returned to Earth. 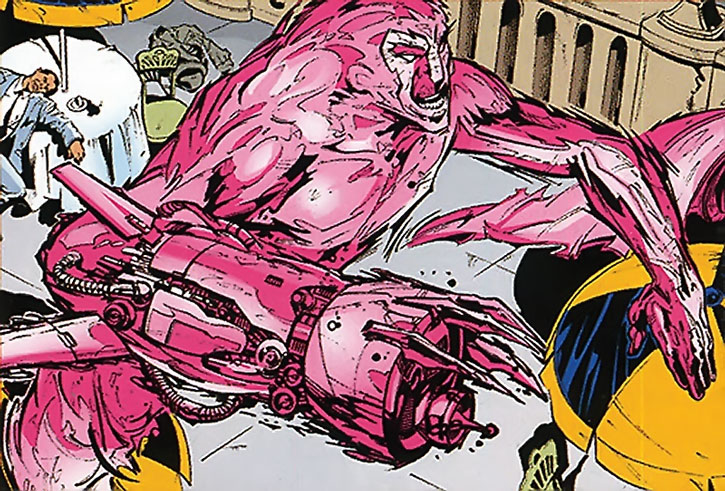 Klaw regained his sanity and clashed with several heroes back on Earth. He came into conflict with the Molecule Man and Volcana on behalf of AIM.

Klaw recently joined the latest incarnation of the Masters of Evil led by the new Crimson Cowl. Before their plan could come to fruition, the Masters were defeated by the Thunderbolts. Klaw was taken to Fort Avison, where he was placed in a Vibranium cell.

As a result of the destabilization of Captain America’s shield, Vibranium around the world began to break down. Klaw’s cell was destroyed, freeing him, more powerful than ever.

Captain America confronted him in a desperate attempt to stop the destruction of the planet, and Klaw inadvertently restored Cap’s shield, which Cap then used to shatter Klaw’s body into a thousand echoes.

Recently, Klaw was resurrected by the White Wolf in a plot against T’Challa. Klaw instigated a large scale global conflict with Wakanda at the center of it, but was severally injured by the Black Panther and failed in his quest for revenge.

Klaw’s entire body is red, with a pink face. He wears a pair of purple trunks and a head-piece of black and purple. In place of his right hand is his sonic converter, a silver conical device roughly twice the size of a normal human hand.

Ruthless and driven by hate. Before his first encounter with T’Challa, Klaw was willing to slaughter anyone who stood in his way of gaining the Vibranium needed for his original sonic converter.

Since being transformed into living sound, revenge has been his major motivation. It has not, however, eliminated his older lusts for power, wealth, and scientific success.

During the Secret Wars, he was kind of loopy, and was kept occupied by “a rousing game of patty-cake.”

(While insane) “I am my wildest dream ! I’m made of energy, and you can’t create or destroy energy ! Einstein said so !”

“Incredible ! I’m throwing a mountain of stone and concrete on you and still you plow forward like a stubborn fool. Nevertheless, it doesn’t matter. I will continue with the attack, using concrete, bullets and then sound blasts at the same time, until you’re fully buried beneath lethal trash !”

“An impressive war cry… except one doesn’t win a war by slogans, but with a cool head and a steady hand !”

Klaw is linked firmly with Vibranium and the history of Wakanda in the Marvel Universe. Perhaps having him replace Sonar, or transplanting all of Wakanda into the DCU would work. It’s not like there aren’t plenty of imaginary nations already firmly established there. What’s one more ?

Connections:
Current: The Crimson Cowl’s Masters of Evil
Past allies include Solarr, Molecule Man, Doctor Doom, The Mad Thinker, The Sheenarians, AIM, and the Frightful Four. Whether any of these qualified as “Connections” is open to debate.

Note:
Recent events in “Captain America” indicate that Klaw may be able to use the entire Wakandan Vibranium mound to amplify his powers to a level capable of shaking continents. As this is beyond his normal range of abilities and ignores his long-standing vulnerabilities to Vibranium, it is being considered a Power Complication subplot for purposes of this write-up. The only noted change in power following this was the addition of Growth: 5 to his list of Powers. 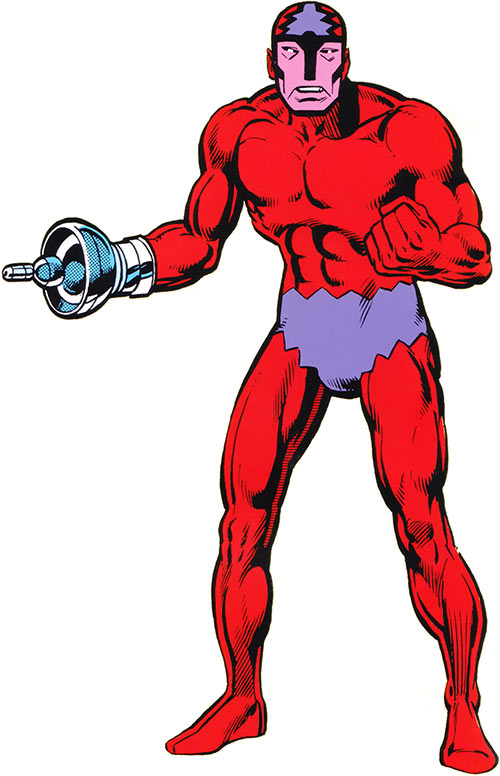 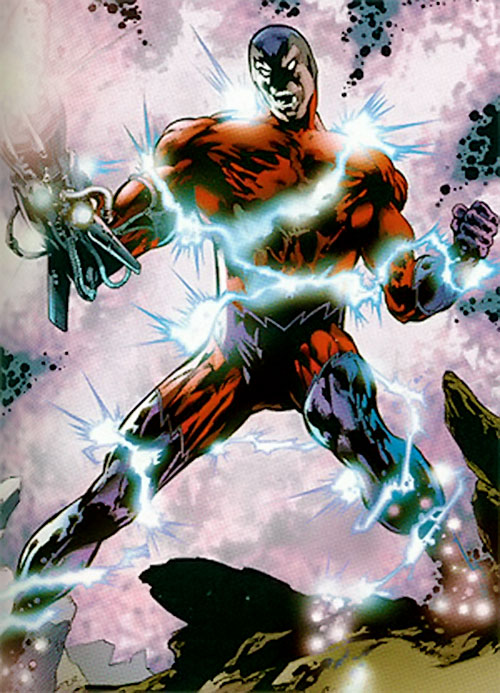 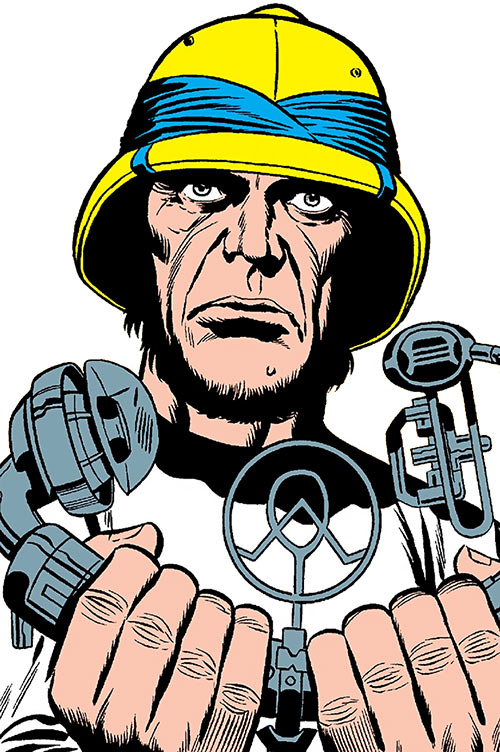