Though he’s unusually short, Knickknack is very stocky and muscular. He might very well be the strongest members of the Death-Throws. Unlike the others he seems comfortable with engaging opponents in close combat rather than at a range.

Knickknack has the strongest track record of all Death-Throws. Though it may just have been a matter of being lucky with the dice, I have given him slightly superior stats, skills and HPs to represent this.

The Death-Throws juggle almost all the time, even when discussing with somebody else.

Knickknack is brash, aggressive and confident. He seems to see himself as a sort of evil swashbuckler – though it may just be the moustache.

(After catching and throwing away Hawkeye’s arrow) “Here, archer – I’ll let you practice catching too. Here’s a chainsaw !”

Bonuses and Limitations:
Shrinking is Always On and Already Factored In (-1). 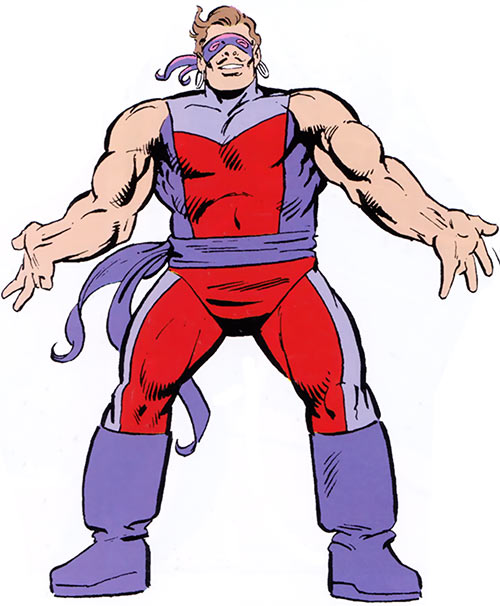 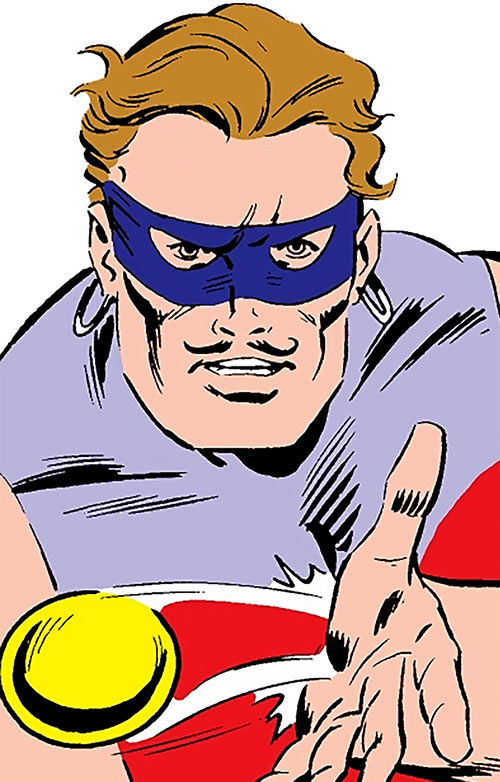