World of Warcraft (WoW) was the overwhelming successful Massively Multiplayer Online Role-Playing Game (MMORPG) of the 2000s, and is still going strong through the 2010s. It takes place in a distinctive heroic-fantasy world called Azeroth.

This profile describes the kobolds of Azeroth – small humanoid creatures. Kobolds are present in the starting areas for human Player Characters, making them familiar to most WoW players – and thus a minor signature creature of Azeroth.

For more discussion of WoW, see our profile for Madam Delamorte, a sample Player Character .

Kobold tribes are chiefly present throughout the Alterac and Redridge mountain ranges. They generally live underground. But it’s not uncommon for them to be interested in the same veins of minerals than surface miners, which usually results in conflicts.

Kobold tribes are socially amorphous. They don’t have a notion of marriage or even a clear notion of hierarchy, though the biggest and toughest specimen can dominate. They prefer to live, work and sleep in large groups.

Some kobold communities managed to strike alliances – often with nests of harpies. Such alliances usually involve giving scavenged goods and shiny minerals in exchange for information about the surface.

Mining, scavenging and catching small animals are their main activities. Kobolds particularly like gold, trading what they mine to more powerful creatures (often goblins) in exchange for supplies. Kobolds speak the common tongue.

Kobolds are very uncomfortable in brighter lights. They will likely be unable to orient themselves if thrown out on a sunny day. They can venture in indirect light, under overcast skies, at dusk or night, etc. – albeit they’ll be miserably afraid.

Kobolds are unimposing humanoids, 3 to 4 feet tall (.9 to 1.2m) tall and weighing about 70 to 100 pounds (30 to 45 kilograms). They are nervous, fearful creatures that seldom possess the discipline for occupations other than grunt work and mining. Though a few do achieve some skill with earth-related magics with some fire spells thrown in.

Kobolds also lack the courage and intelligence to employ tactics. Thus, their main way to fight is to overwhelm the opposition through sheer numbers. They find “courage” in the notion that it lowers their chances of being hit.

Kobolds live near the bottom of the hierarchy. Pretty much every species is better warriors than they are.

In many respects, Kobolds conform to the least flattering clichés about rats. They tend to nervously skitter about and to be afraid of everything. They sniff the air for danger and behave in a cowardly manner. 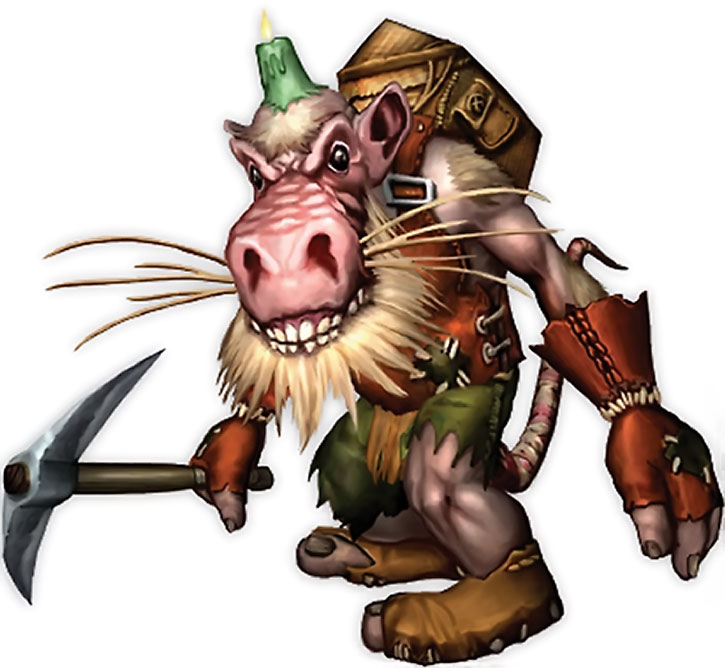 Kobolds don’t have real darkvision, and need illumination to operate underground. This is provided by the candle they wear on their head. Since most kobolds are afraid of the dark, these candles are their most valuable possession by far. They spend a fair bit of time replacing the wax or wick, making their candle look good and talking about their candle.

One of the few ways to have a kobold stand their ground is to threaten to take their beloved candle. Howbeit, a kobold whose candle is extinguished is liable to panic. 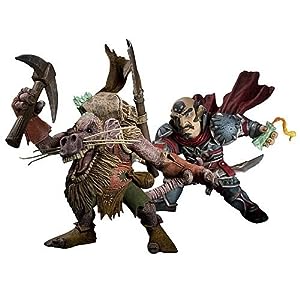 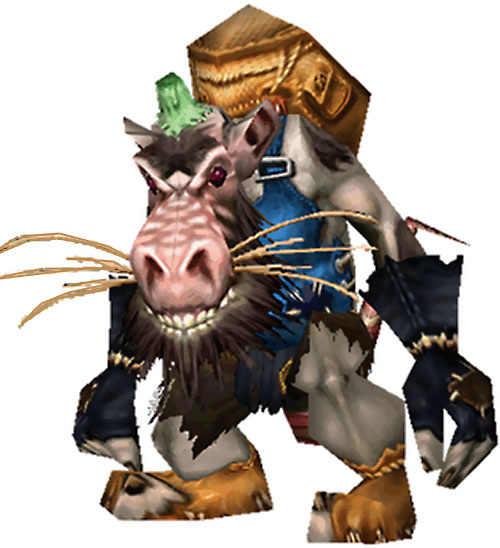 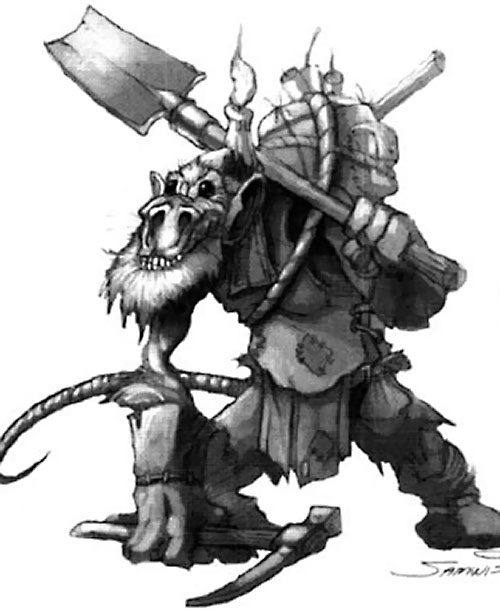 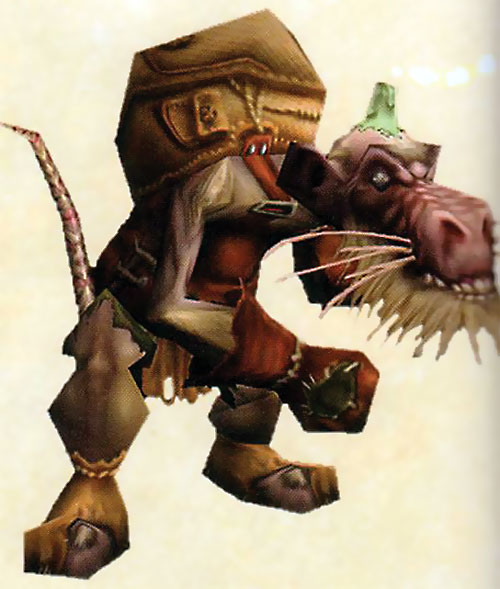