Kraven can be described as the ultimate hunter. Due to the effects of a strange herbal potion he stole from a witch doctor deep into the Belgian Congo, he has superhuman strength and speed, and can stop a charging bull elephant, throw a rhinoceros or strangle a full-grown gorilla, all with his bare hands.

He can run at speeds rivaling a cheetah for short period of times, or remain motionless for hours (once for 30 hours straight when stalking a wild gemsbok). His reflexes are superior to that of an Olympic athlete and he has the agility of a top gymnast.

Born into an aristocracy that had come to an end (in fact, it seems most of his bloodline is somehow deranged), Kraven was orphaned early in his youth. He survived by his wits, traveling extensively (mostly as a stowaway) and ultimately finding employment in a safari in equatorial Africa.

Discovering his amazing talent for the hunt, he stayed in Africa and became one of the world’s greatest hunters to fulfil his sense of lost nobility. 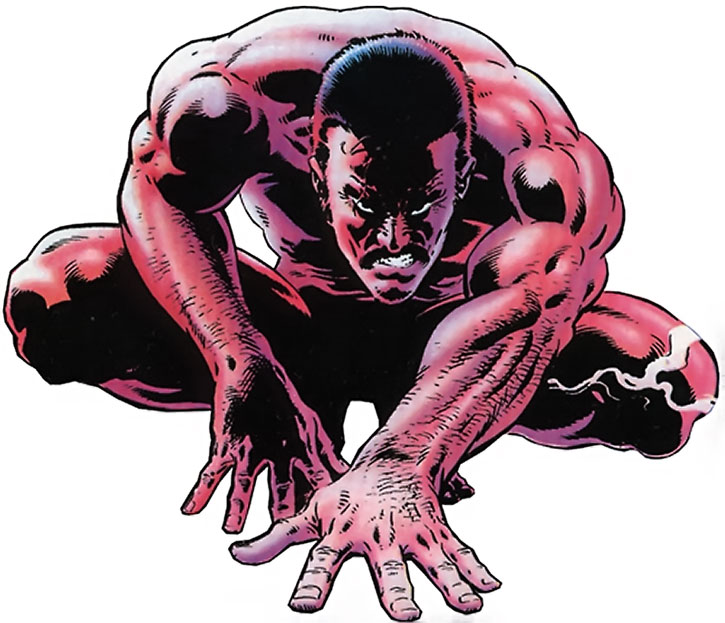 But he became bored and wanted a different kind of trophy on his wall. When the Chameleon had Spider troubles, he sent for his old pal Kraven (much, much, much later revealed to actually be his half brother) to do a little arachnid extermination. Kraven had found the ultimate game.

He lost that first fight, as well as the next when he was hired by the Green Goblin to bag Spidey, setting up a pattern doomed to be repeated numerous times over the years.

As attempt after attempt failed, Kraven perceived his obsession with Spider-Man was costing him his honor, and returned to the business of supplying animals for zoos. He stayed out of Spidey’s way until goaded by his girlfriend, Calypso, into seeking a battle. Discovering that she had invalidated the fight by poisoning Spidey, he walked away determined not to return to her until his honor had been satisfied.

This time the obsession totally overtook him. Defeating Spider-Man (ironically enough, by poisoning him), he buried Spidey alive. Kraven took his place for two weeks, proving to himself (if not to Mary Jane Watson) that he was the better Spider-Man. Most notably, he defeated the creature named Vermin alone, which Spider-Man couldn’t do without Captain America’s help.

Spider-Man eventually clawed out from his grave and attacked Kraven, who did not retaliate since he had already won. Honour satisfied, he patted Spidey on the cheek, glanced fondly at a photo of his parents, and blew his own head off with a shotgun.

Kraven is a quite paradoxical individual, in that he’s both a sadistic stalker and a hunter with a very strong sense of honor. He also has elements of a serial killer (hunting people to death for the insane thrill of it) and a prizefighter (winning fight by the rules in order to boost his rep and self-image).

His ability to outsmart, stalk, outfight, scare and kill his target proves his own greatness to his own eyes, in about that order of importance. He’s also rather misogynistic, and losing a fight to a woman is so unthinkable that he’s likely to throw all rules by the window if the fight is going against him, as seen several times against Tigra.

Kraven’s honor means he normally fights fair, but that doesn’t mean he won’t use cunning tricks or gadgets (with a jungle theme). For instance, he has impersonated Spider-Man several times.

And, of course, he is obsessed with proving himself superior to Spider-Man. Once he had done so, he had nothing left to live for and killed himself.

“I am Kraven the beast. My mind is rage and glory. My heart is fire and pride. My body is grace and power. I am Kravinov the man.”

If Kraven lives in the DCU, he will have a *serious* problem with the fact that Batman is called “the greatest manhunter who ever lived”. His rivalry with the Bat would have been as fierce as the one with the Spider in the MU.

Kraven met his end during the dark hours of Knightfall. Hearing about Bane defeating Batman, he flew to Gotham, stalked Bane and defeated him and several of his henchmen in a fierce fight.

Jean-Paul Valley arrived when Kraven had Bane down. In a strange scene Kraven proved himself more honorable than Valley has he didn’t return Valley’s attacks, mistaking him for his old foe the Batman. The fact that Valley didn’t move when Kraven killed himself in front of him to celebrate his triumph was one of the strongest early indicators that Valley was going sour.

It is also interesting to note that Valley’s later victory against Bane in Batman #500 was made rather easier by Bane’s prior defeat at Kraven’s hands.

If you do not use the Chameleon in the DCU, then Kraven’s half brother is the first KGBeast.

Bonuses and Limitations:
Paralysis has No Range. 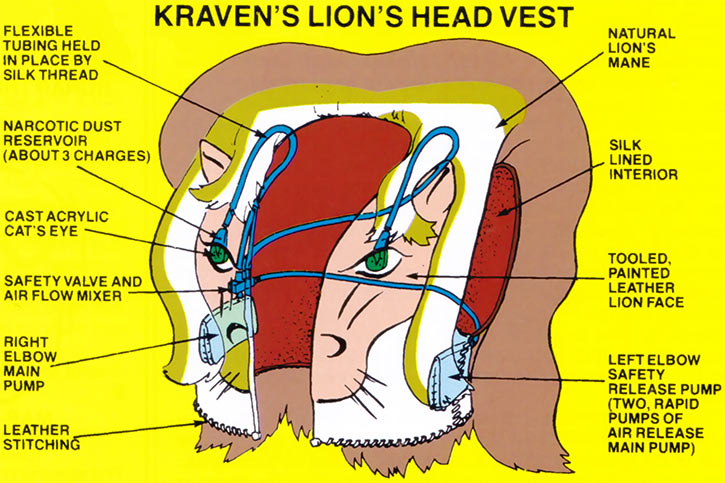 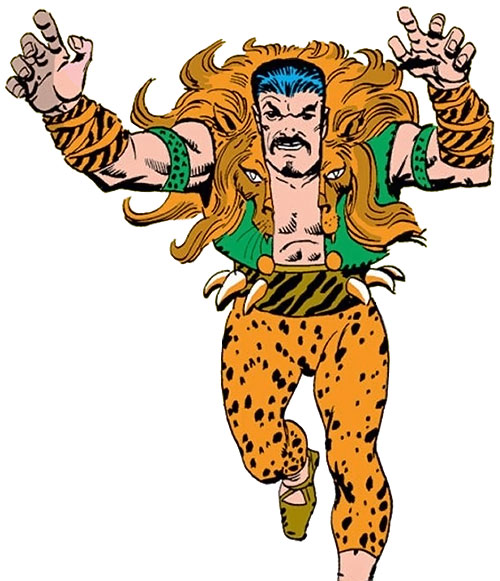 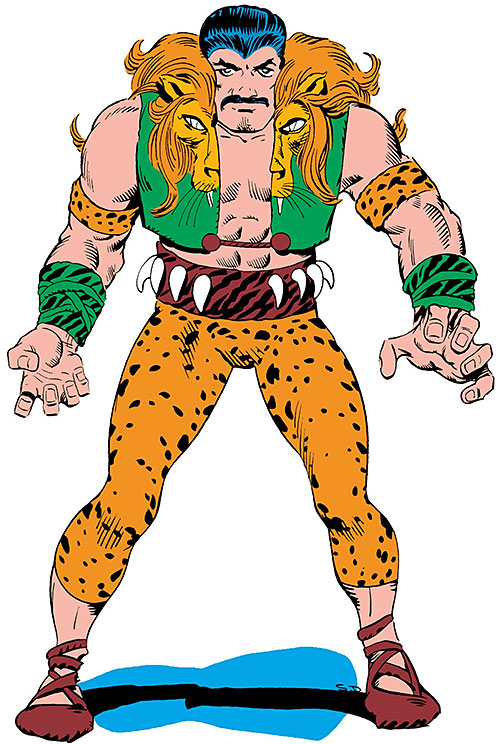 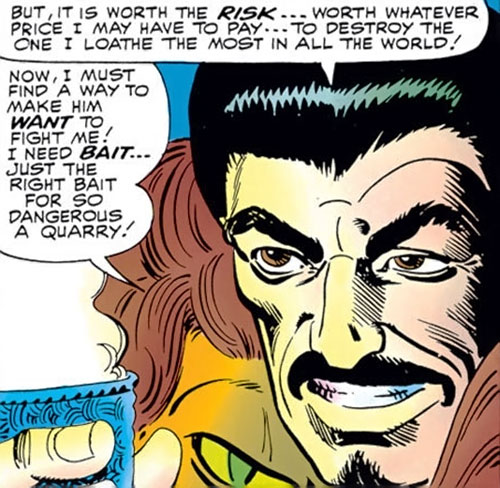 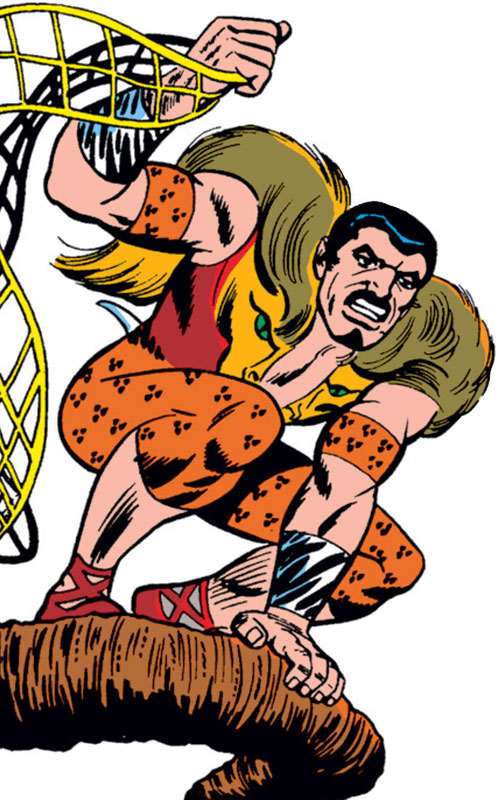