Krystalin has the mutant ability to draw trace minerals from the air. She then can solidify them into crystalline forms of a high degree of durability and hardness. She often uses her ability to trap opponents in crystal, or to create weapons for herself or others to use.

For example, she often creates a sword/shield combo or a bo staff. In some cases, where she is obviously outmatched, she might create a spray of tiny, razor-sharp crystal fragments that she can project with great force.

Krystalin is obviously a trained fighter. She knows about weapons and tactics. However, it is just as obvious that her training has never had real practical application. Thus, she seems to be at a disadvantage to any real fighters. IMO this indicates that while she received the training that her father’s people could give her, she was shielded from any need to use it.

She can take on mooks and toughs, and once knocked out two of the Synge casino’s security guards with a single attack. But against an experienced fighter she is much less effective. One of her father’s former lieutenants, Miko Nishihara, took her down within less than 30 seconds, including a disarming maneuver.

Krystalin is the daughter of Minister Ogada of the New Wakandan Sons of the Panther movement. Her unnamed mother was a Thorite artist. Presumably her last name was Porter, since Krys uses that surname. 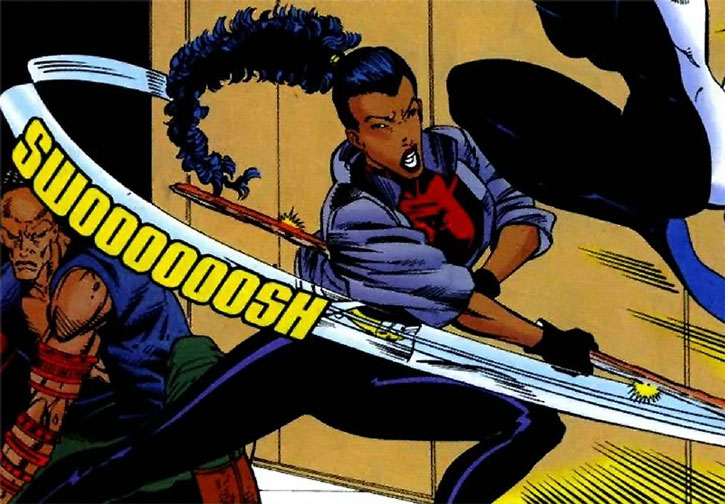 Like most of the X-Men 2099, her background is a bit sketchy. But she has a number of contacts among the San Francisco “bay dredgers” who search for “twencen” (20th century) artifacts in San Francisco Bay.

She left home apparently to avoid conflict between her father’s teachings and what she cherished of her mother’s.

Krystalin she was contacted by Shakti Haddad. Shakti was acting as front man for Xi’an Chi Xan to gather mutants who might be useful in his new X-Men. Whether this was before or after she met Henri Huang has not been established.

Krystalin had long curly black hair tied back in a long tail, softly feminine features, and warm brown eyes. Her original outfit was a light lavender, sleeveless body suit with wrap-style boots, a shawl-like drape around the shoulders, and lots of bracelets and medallion-looking thingies.

Later she wore a costume based on the Panther’s uniform, solid black with red shoulder pads. Hers had the triangle-shaped x-symbol on the breast in place of the Panther’s logo.

Krystalin was steady and reliable. Though a bit unsure of herself, she could be trusted to accomplish whatever task she was given, and to support the team. 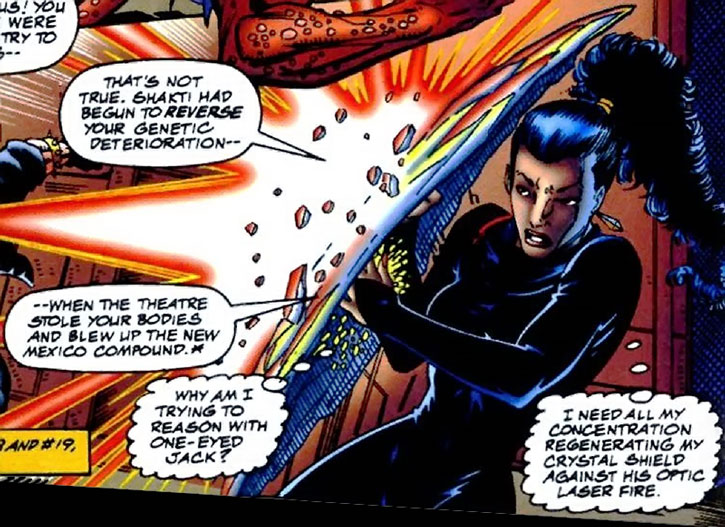 Her mother died when Krystal was very young. Yet her pacifist ways made an impression on her daughter— at least as much as her father’s “Peace through Strength” philosophy. Krys is therefore often torn between which philosophy she wants to follow.

Krystalin has a flexible, highly adaptable power. She augments it with a good knowledge of fighting and tactics. She is often found at the back, ready to provide support to her team, but not often charging in.

In short, while underdeveloped as a character, one of the few things that are clear about her is this : she is a good follower, and a steady, reliable teammate.

“ Don’t worry, boys…. The crystal I’ve encased you in is porous. You won’t suffocate.”

“I can’t believe I’m masquerading as a Panther Soldier to break into jail to free Billy Zed… My father must be rolling in his grave.”

Drawbacks:
Exile (voluntary, from family), MIA (Honoring both sides of her heritage). 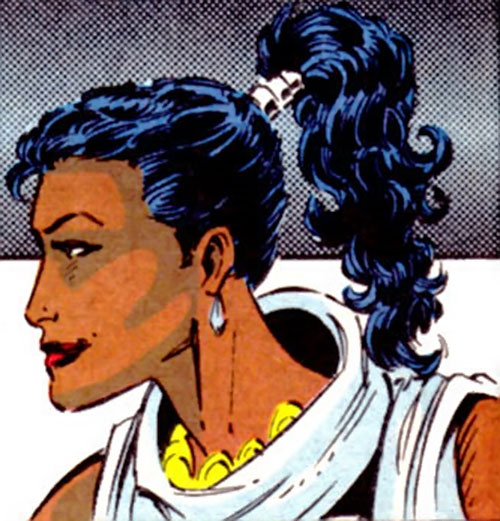 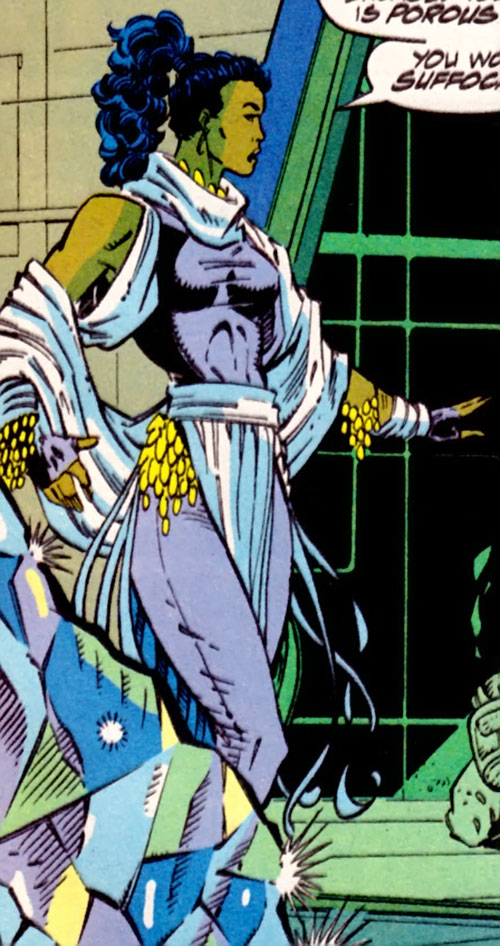 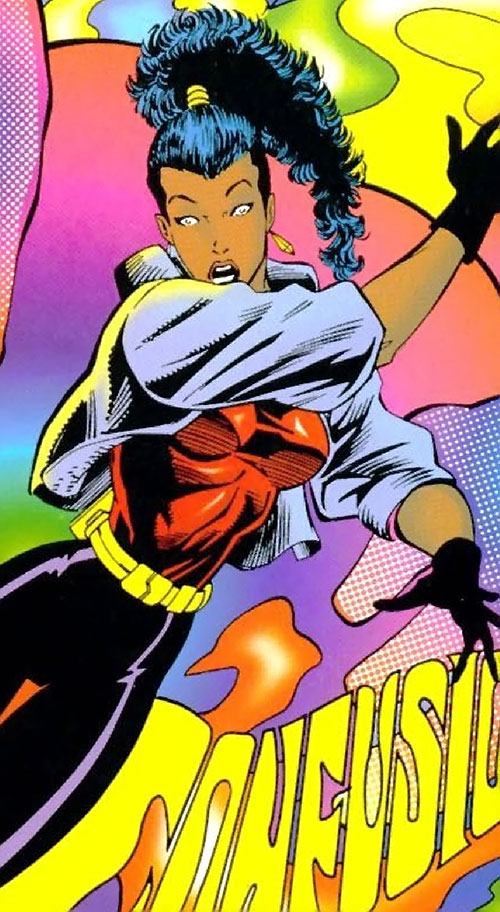