Kurse is a powerhouse, who can outmuscle Thor himself. Or pretty much anything this side of a really, really enraged Hulk. He can easily cross oceans by walking on the floor, and seems highly impervious to mental assault.

Algrim the Strong was a big, tough Dark Elf of Svartalfheim. He was first encountered as a lackey of the Dark Elf villain Malekith. Malekith had captured the Asgardian Lorelei, and when Thor came charging to the rescue Algrim ambushed him.

However Algrim was just a pawn to Malekith. He had been ordered to attack to ensure that Thor would be in the vicinity of a pit trap. Malekith gleefully opened the trap, letting both his servant and Thor plummet into the lava. Thor used Mjolnir to save himself, but Algrim disappeared in the magma.

Astoundingly, Algrim survived, although terribly wounded and afflicted with amnesia. He only remembered that Thor was somehow to blame, and that thought gave him the energy to drag himself to safety.

He is from beyond

This was the time of the second Secret Wars. The Beyonder had come to our cosmos to study sentient beings. Sensing Algrim’s emotional intensity, he healed his body. The Beyonder then turned him into a super-powerful juggernaut called Kurse.

Making his way to Earth and then to New York City, Kurse attacked Beta Ray Bill, whom he mistook for Thor. Overwhelmed, Bill only escaped death by turning into his non-Odin-powered form, in which he no longer resembled Thor.

During the battle, bystander Margaret Power was seriously injured. Her kids, the super-powered Power Pack, engaged Kurse in combat. They succeeded in stopping him for a few hours by collapsing a building on him.

Kurse then attacked Thor. Outmuscled, Thor donned his belt of strength in order to match Kurse. But as part of his experiment about hatred, the Beyonder further augmented Kurse’s brawn to its present level, where he again outmatched Thor despite the belt.

During the combat, exposure to intense heat reminded Kurse of his near-death in lava, and from there of Malekith’s role.

Kurse was defeated shortly after. Power Pack member Energiser, at Thor’s command, drew energy from both Mjolnir and Stormbreaker and used it to floor Kurse with an energy blast. Thor then negotiated with the Beyonder, who was physically present to follow his experiment.

As a result Kurse was teleported to Hel. The idea was to see what would happen between him and Malekith, although Thor had the ulterior motive of causing trouble for Hela.

Kurse ploughed through Hel searching for Malekith, but Hela sent him to Asgard. There he appeared to slay Balder. However, it was quickly revealed that “Balder” was actually the shape-changing Malekith.

Kurse then settled down.

The charismatic Balder managed to establish some form of friendship with Kurse, who mostly lived among the children of Asgard. Kurse’s crude spirit felt most at ease among people who obviously presented no threat that could trigger his rage.

Balder later convinced Kurse to aid defending Asgard and its children against Utgard-Loki and his Frost Giants. After the battle, Volstagg (himself close to Asgard’s children) gave Kurse a proper Asgardian name – Valgoth.

In combat, Kurse is an unstoppable juggernaut of rage that says very little.

Out of combat, in obviously non-threatening circumstances, the amnesiac and somewhat brain-damaged Valgoth is quiet, peaceful and somewhat child-like. 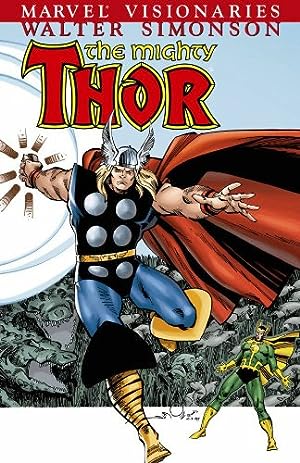