Kylun has the mutant ability to precisely reproduce any sound which he hears, at the same volume at which he heard.

He is also a highly trained swordsman, and wields a pair of mystic blades, forged by Zz’ria. These swords can slice through the hardest steel, dissipate demonic forces, and disrupt magic. Yet they will pass through the pure and virtuous without harm, as though they had no substance.

Colin McKay never really felt that he fit in. Even at a young age age, his odd eyes marked his mutant nature. At the age of seven he was kidnapped from his home outside Edinburgh by the crime lord, Vixen (no relation).

Escaping, he hid in a derelict factory on the shores of Loch Daemon. Scared and lonely, he chanced upon the robotic Widget, making an instant friend. When the Vixen’s men followed, Widget sent Colin through a portal to another reality.

Appearing on the ice plains of Ee’rath (Earth-148), Colin was taken to the exiled Royal Household of Queen Ai’sha. She had recently been deposed by the evil mage Necrom. The benevolent witch-queen entrusted Colin to the mystic Zz’ria, who trained him as a warrior.

Over the next 20 years, an increasingly leonine Colin became known as Kylun. He also developed his mutant talent for sound mimicry. Lastly, he pledged his heart to the sorceress Princess Sa’tneen, Ai’sha’s daughter.

Fearing the strength of the queen’s growing army, Necrom launched a surprise attack. Most were slain or captured. Yet the badly wounded Kylun was left for dead. Recovering, he rescued Sa’tneen. Together, they rallied an army. They gradually drove the tyrant’s men back to the Dark Citadel, Necrom’s last stronghold.

Penetrating this bastion, the lovers confronted Necrom. He attacked them with the zombified remains of their world’s greatest heroes, Excalibur. Sa’tneen neutralized the zombies by attacking Necrom, who killed her. She died in Kylun’s arms.

He pursued the fleeing Necrom through a door, emerging in the lighthouse of Earth-616’s  Excalibur team. Mistaking Nightcrawler for a demon, Kylun attacked. He realized his mistake as soon as his mystic blades proved unable to hurt the virtuous Nightcrawler.

Widget’s arrival confirmed that Kylun had returned to his own Earth. However, the time-rate differential between worlds meant only a year had passed since his departure, while he had aged 20. It also meant that Necrom had arrived there a month earlier.

Kylun teamed with Excalibur to fight Necrom, who had become the Anti-Phoenix. McKay’s blades proving to be one of the few effective weapons against the mage. Necrom used Sa’tneen’s reanimated corpse to try to distract Kylun. But McKay saw through the ruse, striking and injuring the sorcerer. Yet, Necrom fled before Kylun could finish him.

Necrom was eventually beaten by Phoenix, and Excalibur returned to Earth. Sa’tneen’s body was laid to rest in a private graveyard on the grounds of Braddock Manor. This was the home of Brian Braddock (Captain Britain).

Kylun elected to stay with the team for a while. He helped fight the time-manipulating assassin Sidestep and the early X-Men (or alternate dimensional counterparts). He also helped to investigate the Crazy Gang’s bizarre Wonderland.

Still brooding over his lost love, Kylun returned to Scotland in search of his family. But on his parents’ doorstep, before he could ring the doorbell, he was assaulted and kidnapped by Warpie agents of R.C.X. (the Resources Control Executive).

Taken to their base, Cloud Nine, he and other similarly abducted Excalibur allies were held in stasis until Nightcrawler freed them.

A time for leaving

Back with Excalibur, he helped the extra-dimensional warrior Khaos defeat the evil Ghath. Kylun also travelled to Earth-811 to assist its surviving heroes in overthrowing the ruling Sentinel regime.

He next joined in trying to rescue his team mate Cerise after she was apprehended for war crimes by the Shi’ar. She was cleared in exchange for becoming an agent of Lilandra, leaving the group.

Finally reunited with his parents, Kylun also left Excalibur to move back in with them. He later attended the Otherworld wedding of his team mates Captain Britain (Brian Braddock) and Meggan.

A relentless and aggressive fighter in combat, Colin is usually calm and friendly otherwise, with a relatively even temper. The only time he exhibited any real rage outside of combat was when hunting Necrom, who had just murdered his love.

“So much evil is concentrated above us — I sense Necrom’s hand in this.”

“No, Cerise, a physical attack on the earth and rock is futile, it is merely the medium used by disembodied demonic forces to gain physical effect. The enchanted Swords of Zz’ria can dissipate the motivating force. And then, these fiendish creatures will be mere rock and mud once more.”

“What cryptic purpose causes you to haunt my sleep, Sa’tneen. I would have gladly died so that you might live, but it was not to be. With sundered heart I must live on in this world of my birth — familiar and strange in equal measure.”

“Every sunrise I sit at the grave of my beloved, Sa’tneen. I honor her memory with an hour’s meditation on how she’s enriched my life.”

Bonuses and Limitations:
Chameleon is vocal only (-1), and only exact phrases/noises he has heard (-1).

A logical extension of his powers would be that he can duplicate the sonic based powers of others he witnesses, so you could give him Mimic (Sonic-based powers only): 08 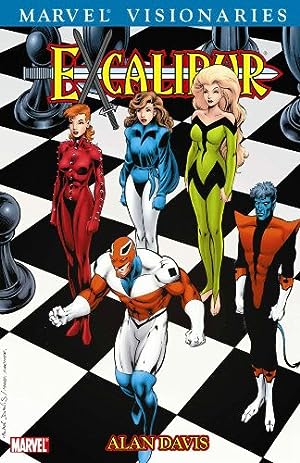 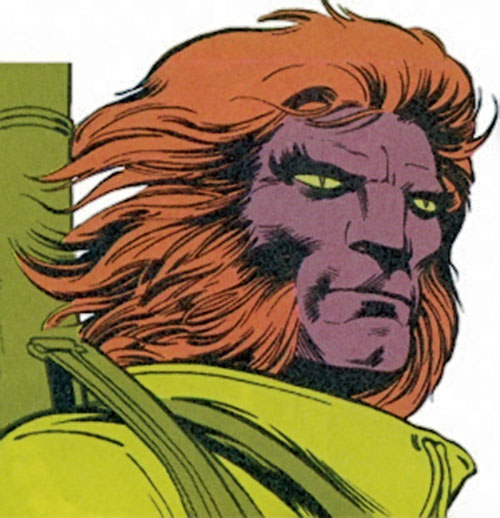 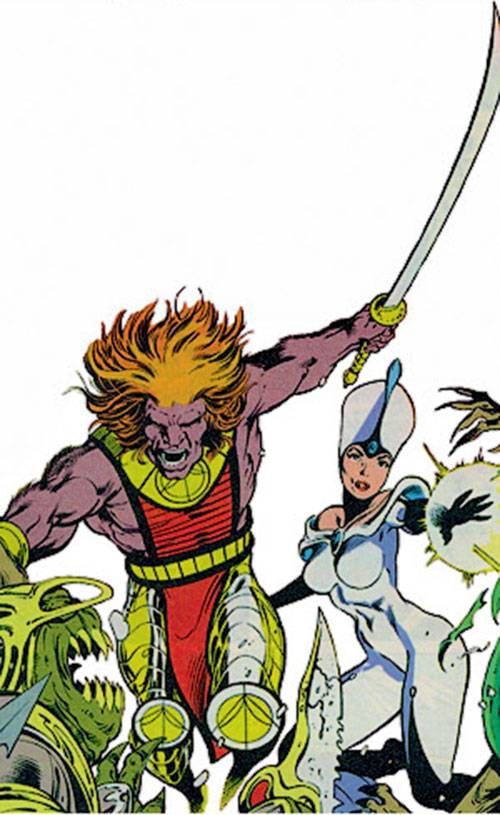 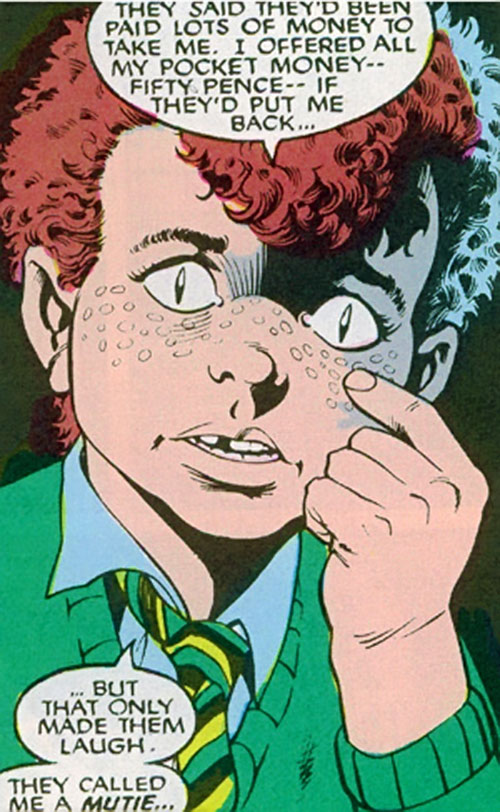