Alex is the most gifted exoskeleton pilot of the Russian Black Academy. She was skilled enough to beat Iron Man in a fight – until he cheated by destroying the prize at stake.

She was subject to the Extremis enhancile procedure, guided to make the Circle knights superior exoskeleton pilots. It enhances her physical abilities to protect from the rigors of G-force and suchlike. In this way she can act faster in an exoskeleton than an unaugmented pilot could safely manage, and be linked directly into the armour.

The armour she wears is designed around the idea of enhancing the pilot’s combat skills, rather than filling the armour with weapons. As well as offering protection and physical amplification, the suit: 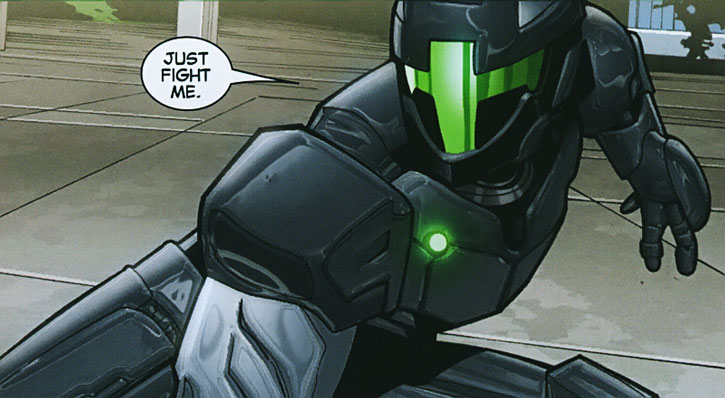 The armour also has voice modulation to hide the fact she’s a woman. And it has strong anti-hacking measures.

Lancelot excels at thrust control, using her active control of the suit’s thrusters as a force multiplier for traditional combat. She’ll use her knees backed by foot thrusters (and Merlin is working on a secondary heel thrusters to amplify roundhouse kicks), or elbow punch with added recoil from a kinetic beam shot into the air, amplifying the force of her blows.

In DC Heroes RPG, terms this is special effects from her high Vehicles (Power Armor) Subskill substituting for DEX.

Alex Draguno trained in the Black Academy, Russia’s covert school for operatives to fight American super-soldiers. She excelled as an exoskeleton pilot, achieving the highest ratings ever. She invented techniques others have broken arms attempting.

She never got the chance to put her skills into practice, as hers was the final year of the school. She ended up piloting industrial exoskeletons in hazardous, but menial, jobs.

Draguno was then approached by Arthur, who offered her a place in his Circle. This was a group of technological knights he was assembling.

Alex was unwilling to become a hired thug. But Arthur promised he was building something more noble – a knighthood to take mankind into the future – and she accepted. It was mainly the promise that she’d get to cross lances with Iron Man that persuaded her.

Alex travelled to New Avalon, an artificial island in the middle of a lake in Symkaria. Given the codename, Lancelot, Alex trained the other members of the Circle – Arthur, Gawain, Galahad, and Percival – in exoskeleton usage. Meanwhile the Circle’s technical expert Merlin (Meredith) designed their powered armours.

When extremis came on the market following A.I.M.’s kidnapping and torture of Maya Hansen, Arthur bought it. He had Merlin adapt it to make the members of the Circle better exoskeleton pilots.

Knowing Iron Man would come after it following Maya’s death, Arthur contacted him. He offered a tourney with the extremis technology wagered against some of Stark’s.

The Circle drew lots to determine the order they’d face Stark. Alex wasn’t bothered at being third. While Gawain and Galahad were skilled fighters, both lost their bouts.

Stark tried cutting the tourney short by firing his repulsors at the extremis sample, which Arthur had put on display, but Merlin’s force fields blocked the attack.

Finally getting her chance to face Iron Man, Lancelot easily outfought him, knocking him around. Whether he allowed it to get himself in position is uncertain, but before the bout could end properly Stark used a laser on the extremis sample, bypassing the force field and destroying the sample.

His mission complete, Stark departed, telling the fuming Arthur to sue him. Arthur was furious at losing the ability to create more knights. Merlin suggested they could still have less powerful men-at-arms. Lancelot wasn’t bothered by the loss of the sample, having had the chance to face Iron Man in combat, and beaten him.

Calm and professional, Lancelot is confident in her abilities. She approaches fights in a methodical manner. She has strict ethics and won’t act as a mercenary. 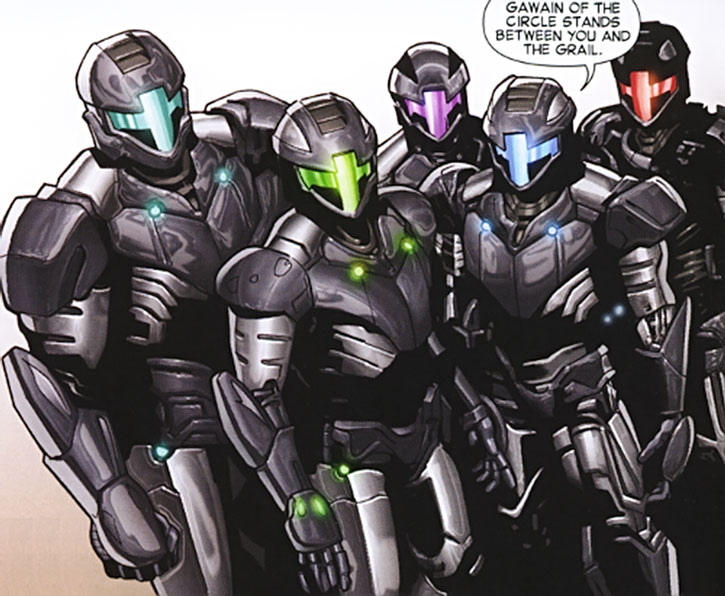 While her desire to test herself and prove her skill can influence her decisions, she won’t serve any role that she doesn’t believe in.

“We were an elite school founded to fight American super-soldiers. I’m not interested in being a thug for hire.”

Alex was top graduate of the Rocket Red program just before budget cuts saw it closed down.

Bonuses and Limitations:
Enhanced Initiative only works while armoured (-1). 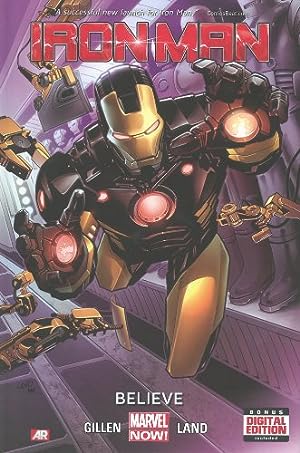 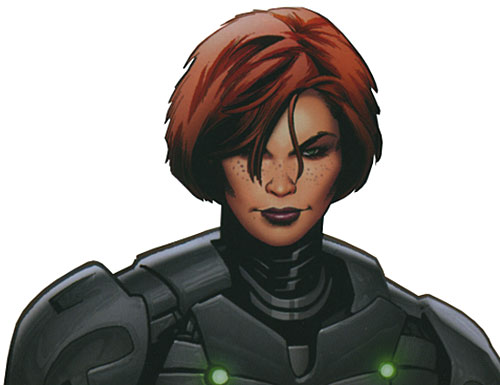 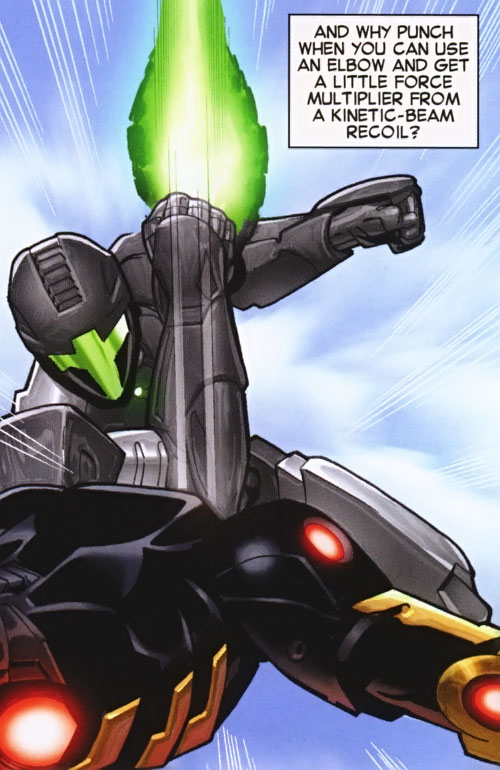 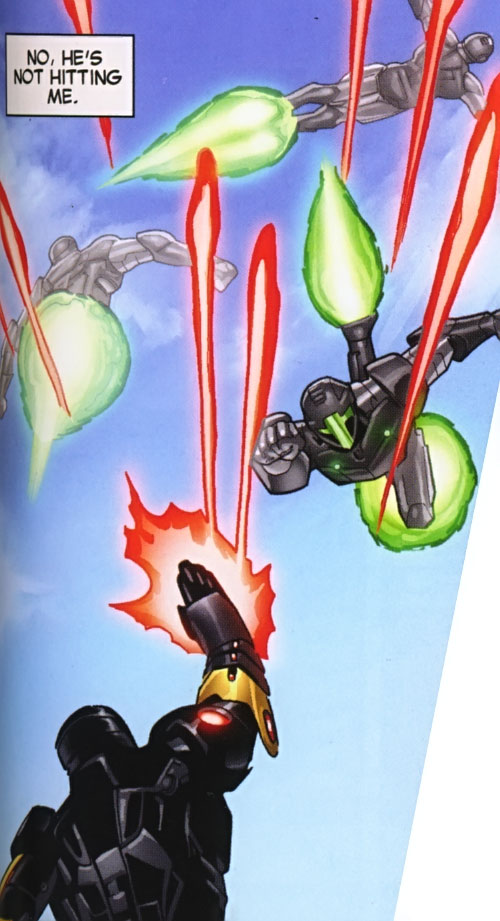 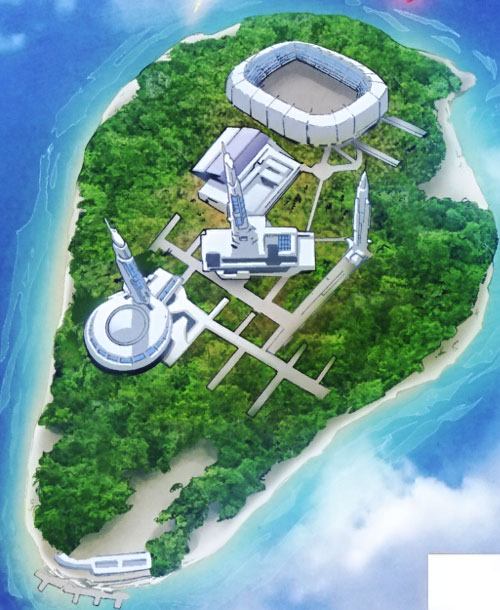