Landslide appears to be a basic brick . His abilities are seemingly based on the powers of Beast and the Blob. Which gives high strength and durability, and the ability to consume vast amounts of food.

He fights in a fairly standard manner, using his bulk and strength against opponents.

Cerebro first sent them to attack a group of X-Men on board a cruise ship, to abduct Shadowcat. Hostilities erupted between the two groups, seriously damaging the ship.

They managed to escape with Shadowcat as their captive. They took her back to the hidden bunker they were using, where she met Cerebro, who appeared as Professor Xavier.

When Shadowcat broke free, they tried to recapture her, but failed. Thus earned thems Cerebro’s displeasure.

Landslide is a basic thug. He uses his strength to push others around and take what he wants.

He has a short temper, and gets aggressive when stopped from taking what he wants.

“Don’t nobody tell Lee Broder what he can an’ cain’t have !” 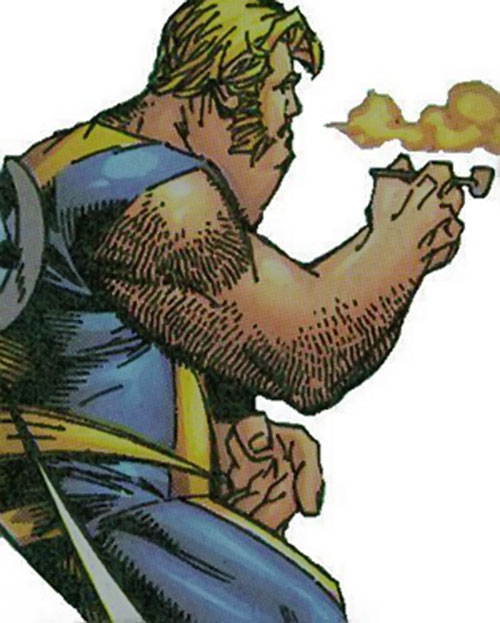