Lara Croft can perform acrobatics like nobody’s business due to her incredible natural prowess and excellent training. She likely broke athletic records in multiple disciplines. She also enjoys a natural aptitude with firearms, and is especially proficient at using a gun in each hand – whether her usual Berettas or a pair of Uzis when thing get tough.

Having entered the world of archaeology for the thrill of exploration and discovery, Lara’s skills are more focused on survival, athletics and espionage. She also does excavation and research like her more academic peers, but markedly less frequently.

Lara is also a fast thinker. Her analytical mind that can quickly take in a situation, whether it’s uncovering the riddle of a lost tomb, or assessing the danger of a firefight.

Lara Croft, daughter of Lord Henshingly Croft  was born in England, on February the 14th, almost 30 years ago. She was raised to be an aristocrat from birth, and lived in luxury, aloof from the world at large. From the age of 3 Lara began her learning with a private tutor.

Lara attended Wimbledon High School For Girls  at the age of 11.

At 16 her parents decided she should broaden her education by studying at Gordonstoun , one of England’s most prominent boarding schools. One day Lara came across a copy of National Geographic on the hall table there.

The front cover featured a familiar name – Professor Werner Von Croy . A respected archaeologist, Von Croy had once lectured at Lara’s school to pupils and parents alike. The experience had a profound effect on Lara, triggering a desire for travel to remote locations in search of adventure. In some ways Von Croy had become an inspirational figure for Lara.

As Lara read further, she learned that Von Croy was currently preparing for an archaeological tour across Asia, culminating in a potential new discovery to be made in Cambodia.

Unable to let this opportunity pass, Lara burst into the room, thrust the article in front of her parents and demanded she accompany Von Croy on his expedition. Lord Croft could hardly disagree that travelling was an education in itself. As Lara argued the case further, he walked over to the desk and penning a letter to Von Croy.

Croft introduced himself as an influential society figure. He offered financial assistance in exchange for his daughter’s place on the expedition. Von Croy’s reply assured Lord Henshingly Croft that the territories were friendly and that he had ample experience to look after Lara’s well-being.

Lara’s company as an assistance would be welcome, as was the offer of such a generous check. He remembered Lara from his lecture – her incessant yet insightful questions had made quite an impression upon him. And so it was agreed by all that Lara would accompany Von Croy for the duration of the tour. 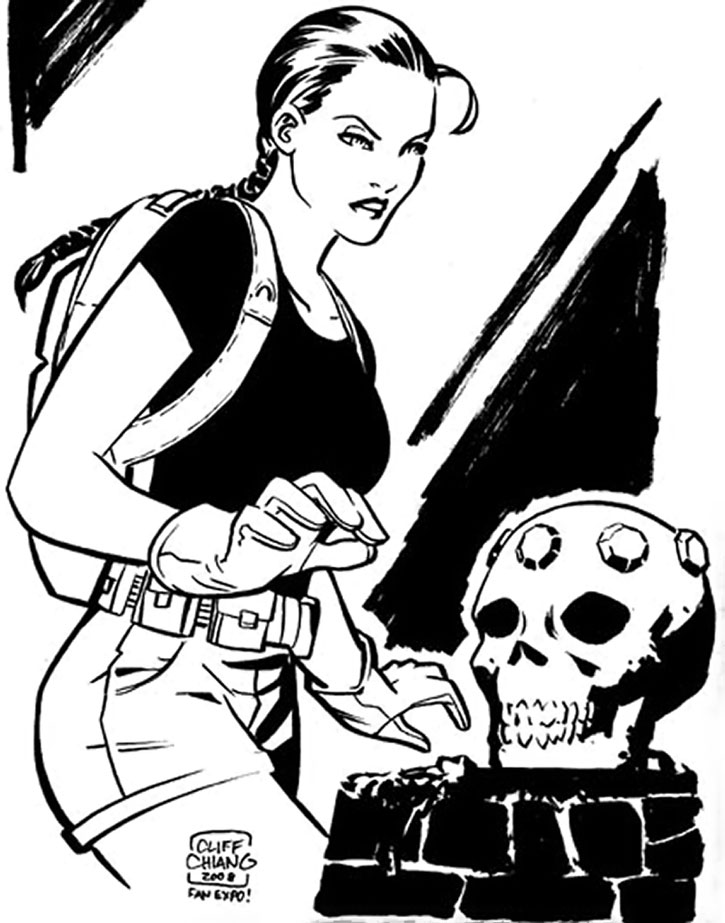 After attending a Swiss finishing school  at the age of 21, Lara’s marriage into wealth seemed assured. However, on her way home from a skiing holiday, her chartered plane crashed deep into the heart of the Himalayan Mountains.

Lara probably should have died there. Instead she learned how to depend on her wits to stay alive in hostile conditions. Two weeks later, she walked into the village of Tokakeriby.

Her experiences had had a profound effect on her and in that process transformed herself as well. Her Himalayan odyssey was both miraculous and enlightening, as the young woman not only survived, but gained a perspective on herself and the world that made her past appear shallow and naive.

After her ordeal, she saw her future reflected in a different light. She felt profoundly that there was more for her in this life than the coddled existence that had become her numbing habit. She realised that she was only truly alive when she was travelling alone.

Over the 8 following years she acquired an intimate knowledge of ancient civilisations across the globe. Her family soon disowned their prodigal daughter, hoping she would wed the Earl of Farrington. She turned to writing to fund her trips.

Famed for discovering several ancient sites of profound archaeological interest and gaining some notoriety for having slain an actual Bigfoot in North America, she made a name for herself by publishing travel books and detailed journals of her exploits. Lara Croft became the seeker of truths, both large and small, and in that pursuit she continues to this day.

The trailer for the 2001 movie adaptation, in 720p. Why it had to be cut in such an annoying manner, I do not know, but the visuals are there.

Croft is a highly attractive, athletic young woman who looks about 26. She has long brown hair, generally held in a pony tail. Her usual adventuring gear is a pair of well-worn combat boots, short shorts, a turquoise one-piece swimming suit and occasionally a leather jacket.

She keeps her guns holstered on her thighs, and the rest of her gear in a small backpack. Most men are distracted by her exceptionally shapely bust.

Croft is now an experienced adventurer, accustomed to the supernatural, violence and ever-present danger. This has not diminished her taste for adventure and her curiosity about ancient civilisations.

Given the number of hidden civilisations in the DCU, Lara’s life would have been even more interesting than the events portrayed in Tomb Raider. One interesting possibility would be for her to personally know Julia Kapatelis, and thus Wonder Woman.

You don’t have to banish any reference to Tomb Raider in your game if it features Croft. While not as widely sold as the video game was in the real world at its height, her books enjoy good sales in her fictional world.

Croft could also be a kind of successor to the Challengers of the Unknown, learning from the now aged but still tough adventurers and fighting more modern incarnations of their old foes, as well as rediscovering the sites of their old adventures. 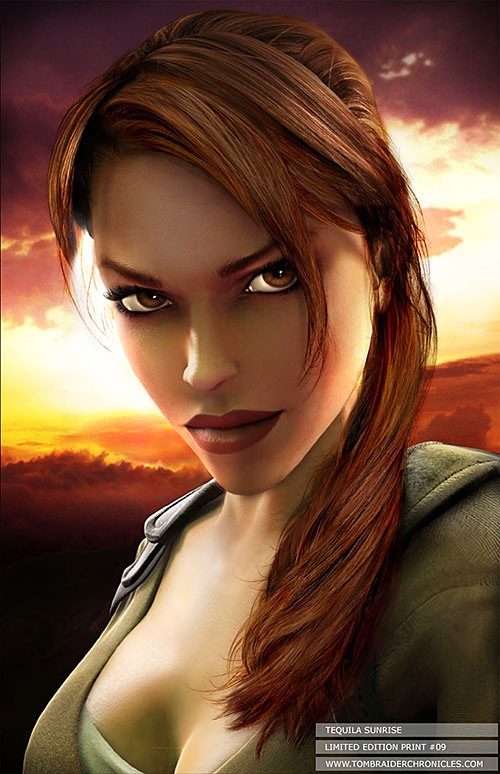 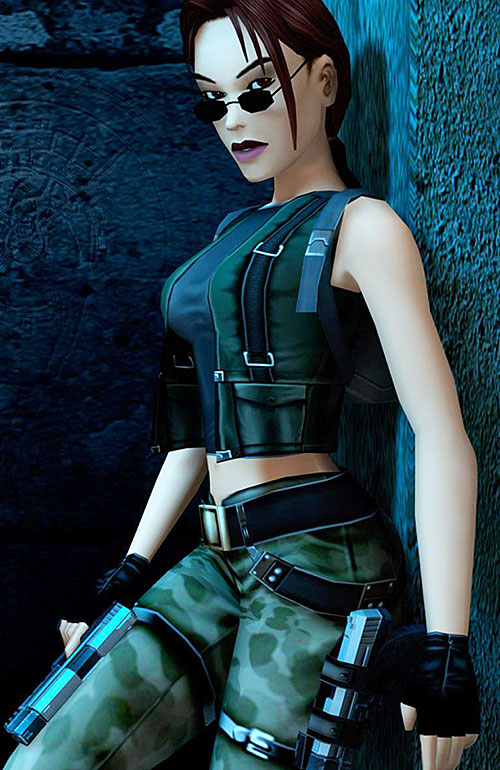