Larry-Boy has no inherent powers. He wears a suit with super-suction ears with which he can grapple targets, walls, etc, even at a distance with the attached cables. He can also use the ears as a remote scanner with linkups to the Larry-Cave so that Alfred can analyze the data.

Alfred is constantly updating Larry’s equipment and then forgetting to label them.

Larry looks like a giant cucumber with cartoony green google-eyes. He has only one tooth, in his upper jaw. None of the Veggies have hands or feet, but strangely seem to be unencumbered by this. At the same time someone usually seems to make a joke about it somewhere in the tape.
Larry the Cucumber: “Bob… I can’t move my arms !”
Bob the Tomato: “You don’t have arms, Larry.”
Larry: “Oh, yeah.”

As Larry-Boy Larry wears a spandex suit reminiscent of the Ray II. It has a purple helmet with the headfin, with plungers for ears, a gold bodysuit with a high, wraparound collar, purple “pants”. There’s also a stylish “L.B.” belt buckle which doubles as a communicator.

Larry’s origins are unknown. Undoubtedly it’s something cool (to him).

Larry is a playboy who is somewhat obsessed with being a superhero.

Unfortunately, the best he could come up with were the “super-suction ears”. Meaning twin plungers attached to a helmet. Fortunately, in the genre in which he operates, it seems to be enough.

He is not particularly careful of his Secret ID, (Larry, Larry-Boy, whatever), but no one seems to notice.

Larry-Boy is cheerfully bumbling, but very steadfast and brave. He has a tendency to walk into situations way over his head, but has always gotten out.

None. Larry-Boy exists in his own Genre (see below).

Drawbacks:
Innocent, Secret Identity (one wonders why he bothers), SIA (being a Super-hero), Bungler.

It is a variation on the Humor genre, as follows.

Killing Combat: NONE ! NEVER ! NO WAY !
Hero Points: Unlimited, but in an odd way: The stories are usually structured so that HP expenditures are not necessary.
Pushing: Unlimited, but as above. Usually not needed.
Recovery: Usually after only a few seconds. Think Coyote.
Other: Any hero made to operate in this world must be 1.) a vegetable 2.) slightly odd and 3.) willing to play by the rules. No dark backgrounds, no grim avengers. Motivations are almost always Thrill of Adventure and Upholding the Good.
GM’s note: Any weird and bizarre plan should work, as long as the player makes it sound reasonable and is slightly skewed. Very Few HP should need to be expended. It seems to be inherent to the Genre. The story plot should always be related to some simple moral lesson, and the lesson should be learned by the end of the story.

E.g.: Larry Boy and the Fib From Outer Space: Junior Asparagus tells a lie to cover for breaking his Dad’s Art Bigotti Collector’s Plate. Fibrilious Minimus, aka Fib, Helps him tell a lie (“A little Fib never hurt anyone”), but as the lie grows, so does Fib, until he climbs with Junior to the top of the Bumblyburg water tower , now about the size of King Kong.

Larry-Boy goes into battle and gets eaten, until Alfred figures out how to stop the lie (Junior has to tell the truth). Larry-Boy gets the credit, end of story.

A Humor Drawback (Same as Unluck, but only available in the Humor Genre) (Bonus: 25 Points).

The chips never seem to fall the right way, but it’s a little different in this genre: The hero with this drawback should never be allowed to solve the main problem by his own efforts. Something always goes wrong, and someone else has to come up with the proper solution.

The hero can figure out what needs done, but under no circumstances should it ever be the hero’s direct efforts that solves the problem, except by accident.

I.e., Plan A never works. Plan B might, but usually not. Plan C, which is usually wildly improvisational and usually a complete long-shot, usually does work, no matter how weird.

Larry-Boy tracks down the Rumor Weed to it’s underground “Mother Weed”, Plan A called for Alfred to talk him through the steps in killing the weed. Mineral content in the sewer walls prevent radio contact, so there goes Plan A. Plan B is for Larry to just fight the Weed. The weed winds up being too huge and strong to fight, so there goes Plan B.

Plan C finds the kids who started the rumor finding out what they did and telling everyone they aren’t true, which robs the weed of it’s strength and turns it into a giant daisy. Plan C works.

As such, this drawback has no other game-related penalties, but relies upon a good GM coming up with an interesting plotline.

Source of Character: Veggie-Tales (Dave and the Giant Pickle, Larry Boy and the Fib From Outer Space, & Larry-Boy and the Rumor Weed) videos. 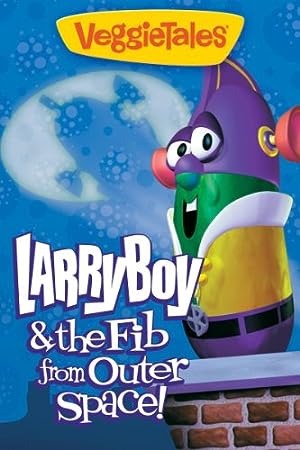 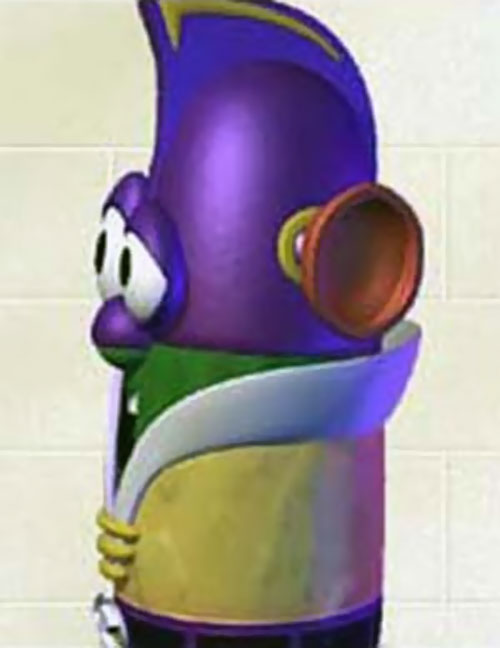 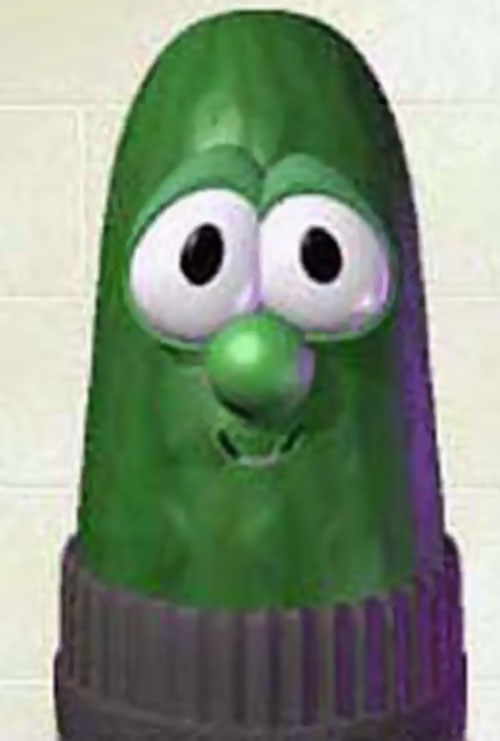