He has a spooky looking mask.

He likes to kill people in cemeteries.

He also has a cadre of goons.

One of several supervillains freed from jail by the Brain in America’s Greatest Comics #1, Laughing Skull was sent to kill “dollar-a-year man” Philips.

Pinky tries to stop him, but gets clobbered and brought to the cemetery as well. The Skull has a grave dug for Pinky, with a tombstone which reads “Here lies Pinky—he got in my way. Signed, Laughing Skull”.

He is a guy in a robe, wearing a remarkably realistic skull mask with glowing eyes.

“Read your epitaph, Pinky, before we bury you alive !”

In the post-Crisis Universe, there is no reason why he could not have existed. 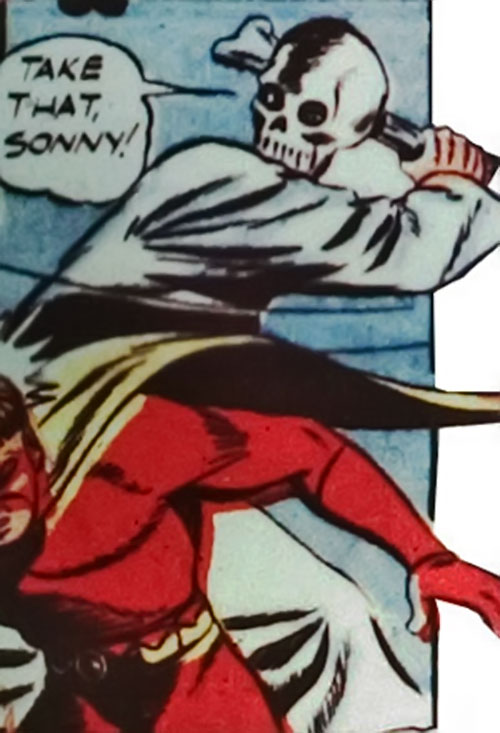