Laura appears to be in the earliest stages of manifesting the spectrum of Kryptonian abilities. She is strong enough to rip a locked drawer out of a steel desk, can hear whispers in a locked bathroom from outside her house, is swift enough to clean a room in a blink of an eye, and can see clearly for several hundred yards through a car door.

It is likely that she is capable of far more, but is only now learning of her abilities.

She is also at least a decent writer, able to hold her own with her mentor Ed at the Daily Planet offices.

Laura Kent is the 16-year-old daughter of Clark Kent and wife Lois Lane-Kent. Or, rather, might be, in the near (or distant) future.

Laura’s life appears to have been quite happy, though is a bit rebellious. We know very little of her early years, other than that she knew her father was also Superman and that she had no powers of her own.

Despite this, she seems perfectly well-adjusted to her situation, and probably never more than idly wished for her own special abilities. It seems that she was far more interested in her education, planning to follow her parents’ footsteps to become a print reporter.

She started with an internship (an apprenticeship program, rather than a formal classroom setting, appears to be the norm in her time) at Galaxy II Communications.

Much of that would change. On her parents’ wedding anniversary, Laura began to feel slightly awkward, breaking things, hearing things, and so forth. Eventually, she put the pattern together and realized that she was finally inheriting her father’s powers when she hid a portrait of her father (in his Superman uniform) from “Uncle” Jimmy Olsen in the blink of an eye.

The revelation made her ecstatic, but she chose to temporarily keep it a secret so as not to interrupt the evening’s festivities…or the news (which she heard with her super-hearing) that her mother was pregnant with a second child.

Laura’s career, if any, in or out of costume, has yet to be recorded. However, one can’t but imagine that she would soon become a star reporter at the Daily Planet like her parents and one of the world’s greatest heroes, just like her father.

Laura looks very much like her mother must have at her age, but with far more hair about her head. She appears to prefer to wear dresses with short skirts. One must assume that this is the modern trend in fashion.

As befits her appearance, Laura is very much like her mother was, a caring, but impatient and stubborn young woman. Despite being flippant about her situation, she clearly loves her family and adores that they still love one another.

Likewise, she is also very serious about her budding career, despite appearances. Serious enough that she views her father as something of a “sellout” for moving to television.

That, however, does not prevent her from being very excited at the prospect of gaining powers like her father’s, and undoubtedly would use them with his care and moral compass.

“Okay, you two—break it up ! Be romantic on your own time. Dad, you promised me a lift to school. You might’ve been a whiz kid when you were my age, but I’ve got to work at it, just like Mom did… which means I’ve got to get to class on time !”

“In your day, dad, they used stone tablets for notebooks ! Say, aren’t you coming up ?”

“I can’t take TV journalism seriously, Ed. I want to be a print reporter like my mother. But I suppose Dad is good… at what he does.”

“Say, I’ve got to prepare a report for my history class, and I lost my electric stylus for my com-link ; d‘you know where I can find one ?”

“Pretty crummy lock you’ve got there, Ed. It snapped right off !”

As long as Clark and Lois stay married, this is always a possibility for the future.

Also, had a character more like Laura replaced Cir-El, she may not have needed quite so much retconning and such a fast backpedalling to get rid of her.

Drawbacks:
MIA (Impatience), Misc (Laura loses an Automatic Action in each Phase she wants to use any Power).

Many values are estimates, as Laura gets very little of the 60-ish pages of potential spotlight and her powers are only just manifesting.

I am also guessing at her writing ability. She seems to be the only intern at the Daily Planet, which speaks well of her skills, but she is the daughter of Galaxy’s two biggest stars, so there may have been a political motive or two, with their best friend, James Olsen, in charge.

And…there’s no real polite way of putting this, but I don’t quite trust Laura’s mentor, Ed. He seems to always be checking out her backside. She’s drawn by Bob Oksner (who draws the best looking Lois Lane, by far, if I get a vote in such things), so I can’t say I blame him, but that’s still not entirely appropriate.

Upshot ? She might not be much of a writer, and might be there because of her looks and/or so Ed can suck up to Mr. Olsen. 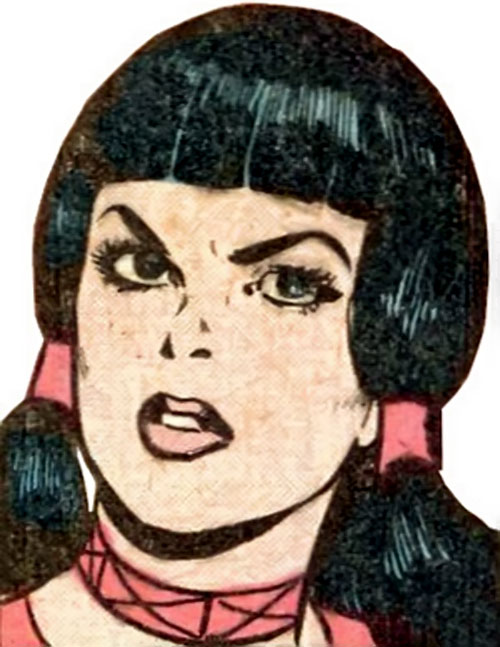 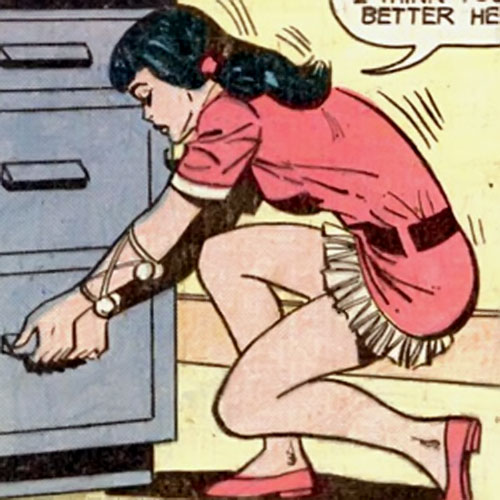 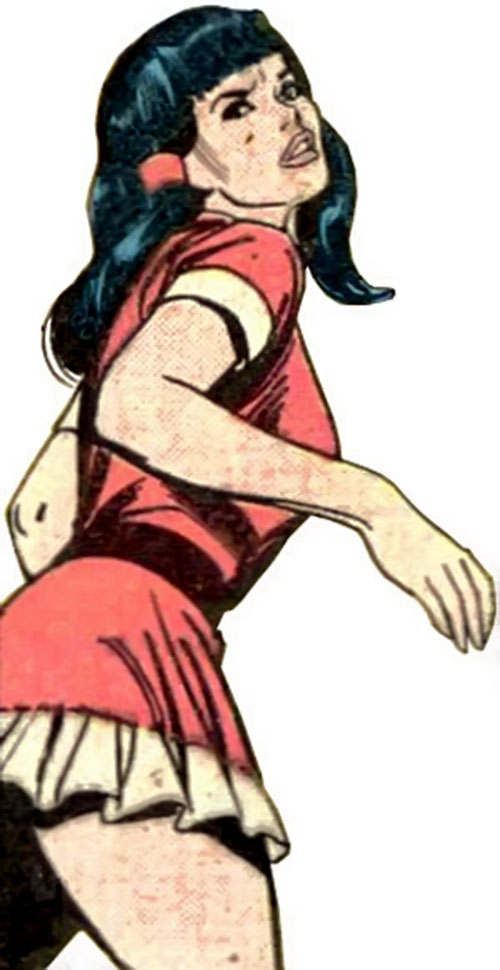