Like some other Marvel characters, La Mano Siniestra can tap the energies of the Darkforce  Dimension . His two practical applications of this power are :

Teleportation means unmatchable superiority from mobility. In particular, the ability to pop in anywhere instantly almost guarantees his first blast will be a Blindside attack. With such an approach, he can kill most humans in one shot.

Diego Casseas was a private in the US Army in the early 1970s. The LRP group he was a part of, nicknamed the Half Fulls, had been inserted in Cambodia north of the Se Kong to patrol the plateau des Bolovens . Their orders were to find a suitable site for an air base that would be used to strike into North Việt Nam.

(The theatre of operation seems to have been retconned  as Sin Cong, incidentally.)

They thus became the first Westerners to discover the Temple of the Dragon’s Breadth. This complex had been built around a natural wellspring of mystical energies, the Well of All Things.

And so puffs the magic dragon

The nomadic tribe that discovered it settled around it. They spent decades building the temple and understanding the secrets of the Well. Through a program of selective breeding, they could over the generations increase their affinity with the Well. This gradually reinforced their command of its mystical powers.

Each new generation became more attuned to the Well, and mystically more powerful. Eventually, one generation would rise past the tipping point of total mastery, granting them immense power. By the 1970s, the young adults at the Temple of the Dragon’s Breadth were the next-to-last generation – their offspring would be masters of the world.

However, said generation had to be bred from both the East and the West to fully access the Well. For this reason they were called the “Children of the Pact” between East and West.

The Half Fulls were the first Western people to come to the temple, just in time for the prophecy. The head priestess, Tai, ordered them to mate with local young women. She promised them power and to be the fathers of the masters of the world.

Weeks later , most men returned to the US with their designated bride. Casseas and his bride eventually fell in love and had a relatively pleasant life, conceiving a daughter.

However, Casseas’ wife and daughter were caught in an elevator accident. Mrs. Casseas died, and her daughter was left comatose. Knowing real magic existed, Mr. Casseas turned to mysticism as medicine failed to revive his daughter. He studied the arcane arts for ten years and wandering throughout the world for instruction.

He eventually grew strong enough in magic to gain some real power. However, this was done by extracting the Darkforce energy trapped in the body of his own comatose daughter. He thus appropriated part of the inheritance of the Children of the Pact.

The left hand of darkness

Having usurped his daughter’s power, Casseas called himself the Left Hand. He then went on to round up the children of the other patrolmen. He named the resulting group the Folding Circle, and intended to lead them into gaining mastery over the Well. But he underestimated the might and guile of Tai, the priestess.

Much like Casseas was planning to hijack the Well, Tai wanted all of the power promised to the children of the Pact for herself. She killed the other members of her tribe, except for some warriors with no mystical abilities. She then left for the US.

Tai’s goal was to manipulate the life of the one man who had refused to sire children out of faithfulness toward his wife. This refusal had made the Pact incomplete.

Meanwhile, La Mano Siniestra contacted the child of the faithful man, Dwayne Taylor aka Night Thrasher. Casseas to reveal what had happened to his father during the Việt Nam war. Thrasher thus joined the Folding Circle. The entire crew went back to Cambodia and the Temple – with Thrasher’s group, the New Warriors, in hot pursuit.

Once at the temple, the Circle confronted Tai. Thrasher learned the truth about his parents, and the powerful Tai attempted to unfold her master plan to hijack all the Well’s power for herself.

Thrasher eventually killed Tai. Taylor, Tai and Casseas all fell into the Well, but Thrasher was saved in the nick of time by the Warriors.

In non-continuity events, La Mano Siniestra emerged from the well some years later, possibly with increased mystical might and knowledge. He reassembled the Folding Circle as a mystical and superpowered crime syndicate in New York City.

La Mano Siniestra has some sort of unearthly voice – his word balloons have a thick black border.

A grandiloquent, verbose, openly power-hungry man. It is possible that he’s driven by a sense of loss over his family, and guilt over having stolen his daughter’s power, but it’s not clear.

Casseas is a smart, experienced, persuasive man. But he’s a bit too confident in his abilities and charisma, and thus prefers a direct and frank approach.

“I have something of far greater profit to give you than money. I am la mano siniestra . I will give you knowledge. Of yourself. Of power. I will become your guiding hand in darkness, you will become my bloodstrike. Come with me and learn.”

“I apologize for my disruption of Mr. Oliveras’ bad habit of breathing.”

“What I thrive on, Fire, is power ! And so shall you ! Once you have been as properly introduced to it as I have ! Let the left hand of darkness guide your path, my Folding Circle ! Follow that path ! The path of power !”

“She was born. She breathes. She bleeds. She can die.”

One of the best uses is presumably to have one or some of the PCs, with mysterious origins, be revealed as children of the patrol much like Night Thrasher. Or you could simply use the non-continuity version as a shady New York City syndicate – they may have had clashes with a small number of Titans.

Hm. Maybe Deathstroke (or, for an unusual twist, his wife) was a member of the Half-Fulls. Maybe Jericho and/or Ravager and/or Rose are children of the Pact ?

Alternatively, what if Jonathan Kent was a member of the patrol and when The Left Hand comes a‘callin’ to collect the children, he assumes Clark Kent is one of them? Or if you want to stick closer to the original story, just substitute Jonathan Kent for Night Thrasher’s dad, Superman for Night Thrasher, and the JLA for the New Warriors.

Another idea would be to make Alan Scott one of the Patrol and the mother of Jade and Obsidian would then be one of the temple women rather than Rose Canton.

Advantages:
Expertise (Children of the Pact, Temple of the Dragon’s Breadth), Gift of gab. 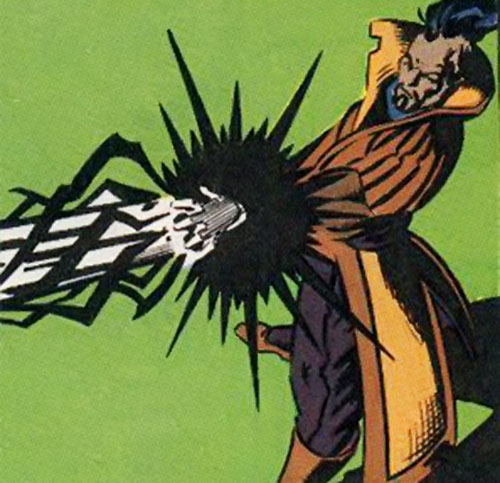 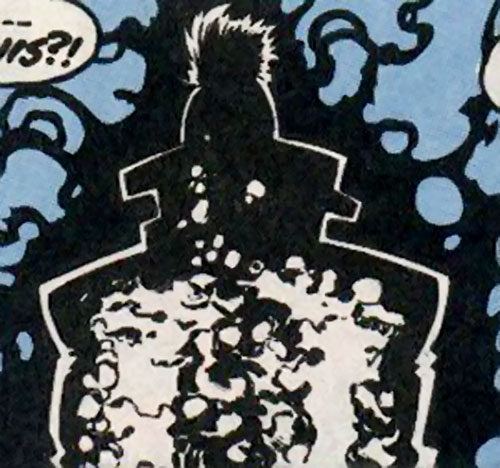 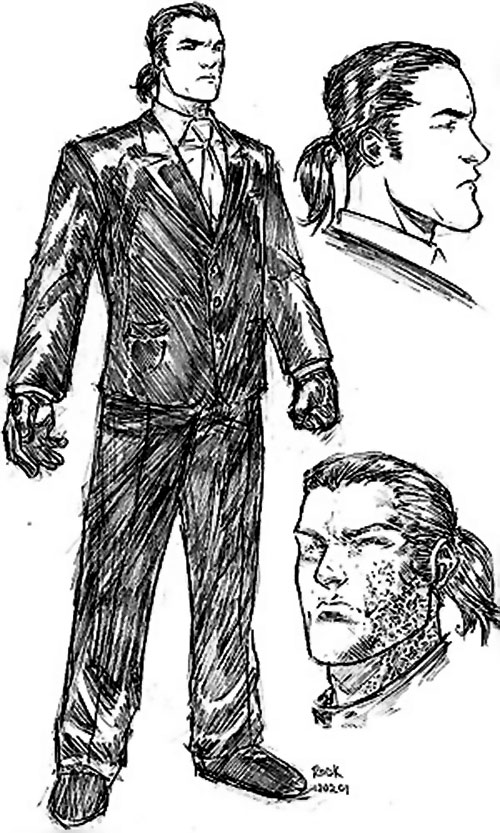