It is a notable game in the history of the medium, for such reasons as :

Due to its importance for video game connoisseurs, the game has been dusted off a few times with new editions, but nothing approaching a “remaster”.

The names “Heebie”, “shadow lion”, and “Buddy” used in our Another World articles were created by fans. No names for those characters were given in the games.

Chaykin is a trained physicist. He’s competent enough to run some particle accelerator experiments on his own (these normally require a team of technicians).

Lester was a quick thinker. He was blessed with sufficient mental fortitude to undergo extremely unusual situations (such as being unexpectedly transported to another planet and immediately attacked by various alien creatures) without showing any signs of emotional distress.

He is also very athletic for a desk jockey. Chaykin easily engaged in numerous feats of physical prowess such as jumping and grabbing a dangling vine to swing around an attacking predator. Or quickly navigating broken ground —including several small chasms — to escape a flooding cave.

Lester Chaykin was a physicist who worked in relative isolation on a small particle accelerator. He either preferred to work alone, or perhaps simply did not want to waste time calling others in when he had an inspiration.

Whatever the reason, Lester arrived at the accelerator lab alone to work on an experiment on a dark and stormy night. An unlucky lightning strike on the accelerator ring produced inexplicable results — an overload that apparently vaporized Lester and his work station.

Likely unbeknownst to anyone on Earth who would investigate the accident, Lester was not killed. Instead, he and his workstation reappeared in a deep pool on another planet.

The desk sank and Lester hurriedly swam out of the pool before the tentacled creature in its depths could grab hold of him. He narrowly avoided poisonous giant slugs moving along the ground and was then forced to flee from a shadow lion.

Despite his best evasive efforts, Lester was almost caught by the lion before being rescued by mysterious robed figures, who stunned the lion with energy blasters. Lester tried to open communications with a slight wave hello, which only earned him an energy blast of his own.

Waking up sometime later, Lester found himself in a suspended cage with a Heebie, one of a species of muscular slate-skinned humanoids. Other Heebies could be seen throughout the area of confinement, working as either slaves or guards.

Lester and his alien ally, nicknamed “Buddy,” found a way to escape their cage and fled through the prison. They worked together as best they could even when separated by events.

The duo shared various adventures such as spelunking through the dangerous caverns underneath the prison and being inadvertently thrown into the gladiatorial games of the prison’s arena. Yet they finally escaped. While Lester and Buddy managed to make their way out of the prison, they did so at the cost of Lester suffering serious wounds (Another World).

Buddy took Lester’s body back to his village. There, the body was cremated, spreading Lester’s final remnants on the winds of a place far from home (Heart of the Alien).

(Eric Chahi, the creator of Another World and developer for Heart of the Alien, stated after the release of Heart of the Alien that he would have preferred to leave Lester’s fate more ambiguous as he did at the end of the first game. Due to that and Chahi’s lesser involvement with the second game, some fans of the games do not consider Heart of the Alien canon.)

Chaykin is a lean white male with a small nose, tight mouth, and a square jaw. Lester walked around in a relaxed, almost slouching stance, which was accentuated by his casual wear, a gray t-shirt and black pants.

Lester is always very calm, even in dangerous or confusing situations.

When confronted with new circumstances or challenges, he likes to take his time and explore before coming up with an optimum solution. However, he can comfortably act with swift resolve in emergencies if he does not have time to calculate a more thoughtful response.

Chaykin was very laconic during his time on the alien world. But this may have been the result of being in a place where no one spoke any language he knew rather than a normal character trait of his.

Lester could easily be a STARLabs or Lexcorp scientist whose experiment went horribly awry. This accident could draw PCs to Another World as well. Alternatively, the PCs could be stranded on an alien world by other means only to encounter Lester there.

He could serve as a guide to their new locale and they might even be able to recreate his accident as a means to get home. 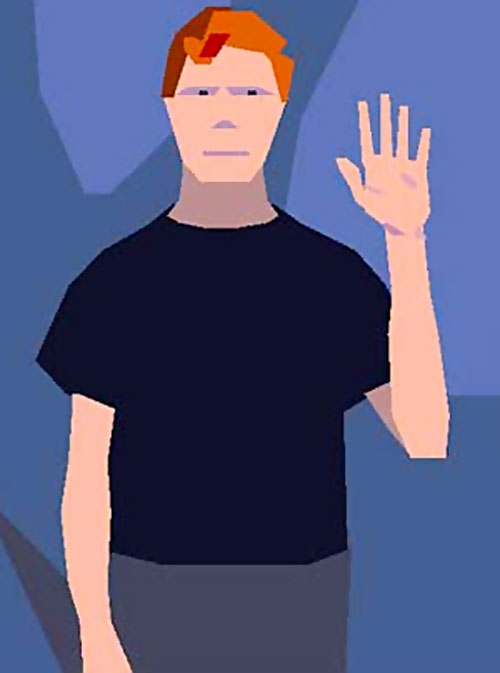 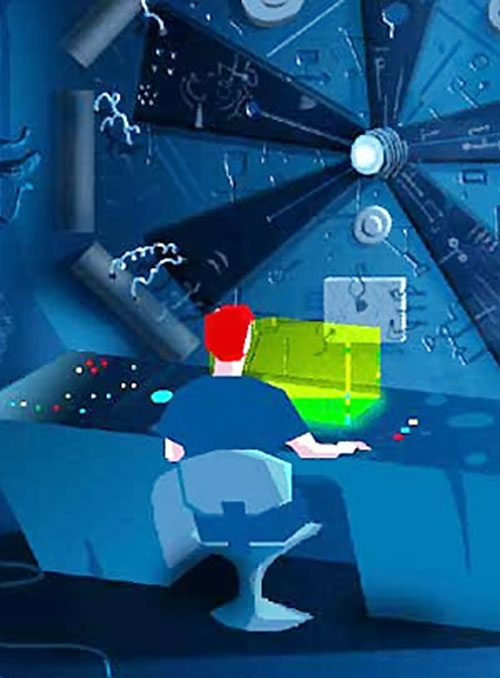 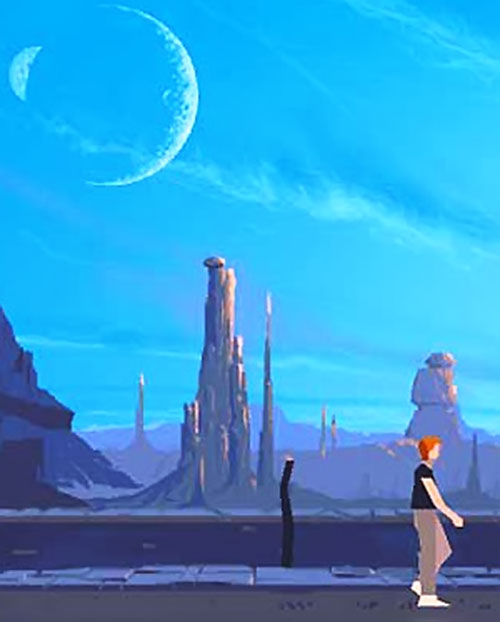 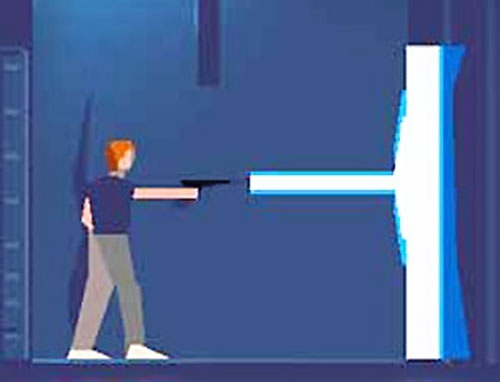 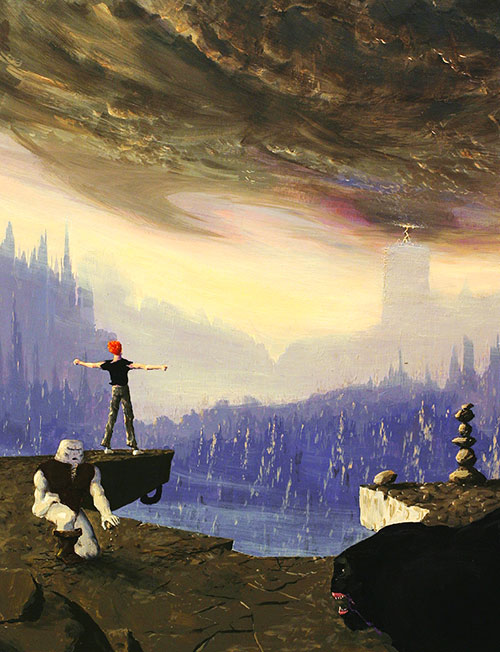