(Adapted from Aberrant: Teragen)
Leviathan is perfectly amphibious. His elongated tail and heavily muscled spine grant him both unparalleled speed in the water and quick, snake-like ground movement.

On land, Leviathan exudes a thick, gel-like coating. It prevents dehydration and makes him very slippery. He can also exude a secondary coating filled with free-floating nematocysts, which inject a paralytic agent into bare flesh. Leviathan often coats his hands with this toxin and tries to smear it on opponents.

Leviathan has no eyes, but “sees” through a highly acute sense of smell and electromagnetic variances on his skin.

(Adapted from Aberrant: Teragen)
Despite the edict of the Pope, Teresa de la Rocha, a devout Catholic, still saw novas as the work of Satan. Living in Venice, Teresa was present when Leonardo, her American-born 14 year old son, erupted in to a reptilian hybrid.

Rather than give him the help he needed, she subjected him to an austere treatment of isolation, daily religious readings, and corporal punishment. Unbeknownst to either, Leonardo was wracked with taint, but his astounding regenerative abilities allowed him to control its manifestation.

Eventually, Teresa could no longer handle her son. He had grown to fill his bedroom, he defied her more openly, and she no longer recognized her child within the beast that haunted her. At her wit’s end, she set her home on fire and disappeared into the night.

Leonardo survived by beating down his walls and diving into the Venetian canals. He has lived there ever since.

Although Leonardo came to realize that he was not demonic, his taint has altered him to the point of being abjectly inhuman. He chose the name Leviathan to spite his mother, and although he looks and acts the part of a monster, he is not one. He has relocated to the Bronx, where he has become the de facto leader of the most radical branch of the Harvesters faction of the Teragen.

Leviathan appears almost humanoid from the waist up, aside from his dinosaur-like head. He has six arms and a long, extremely powerful tail.

Paranoid, angry, and fully justified in both, Leviathan has known nothing but hatred and prejudice from everyone he has ever met outside of a small subset of the Teragen. He lashes out in anger over this – that said, he is by no means a “monster” – he is articulate and openly sensitive to the situation of his fellow taint-ridden novas.

“Utopia is out to kill anything not square-jawed and shiny-toothed. Well guess what, I’ve got 200 teeth too many to be a Utopian poster boy and dabbling with Chrysalis makes each of you a killable suspect.”

Remove the Aberrant world history and nova/baseline human tension and he can be transplanted in to the DC Universe as-is. He provides a reasonable challenge to any number of second and third string heroes.

Leviathan would make a decent opponent for Aquaman, particularly when he and Mera were living in New Venice. He likely would have been tricked or hired by the Ocean Master, but developed enough of a grudge against the Sea King to become a permanent part of his Rogues Gallery.

Due to the random fluctuations of Aquaman’s continuity, Leviathan spent about three issues as an Atlantean citizen, and was even the postmaster general for a while. OK, I’m just kidding about that last part, but it’s not like it’d be out of line…

Advantages:
Area Knowledge (canals and underworld of Venice), Lightning Reflexes, Miscellaneous: Leviathan has a slippery coating which provides him with a +3 CS to his OV against Grappling and Throwing attacks. 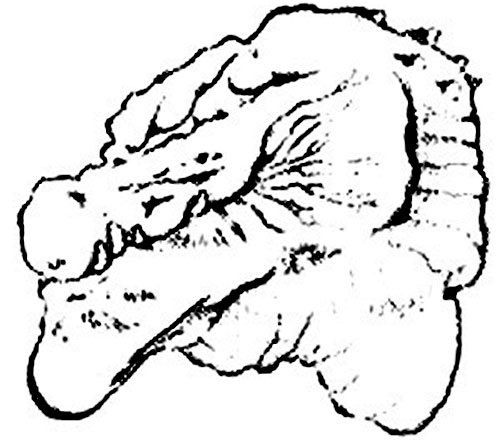