Vi can grow up to 300 feet tall, gaining proportional strength and speed. She can also shrink down to the size of a virus.

Salu Digby was always very shy and socially awkward. She always managed to keep other people at arm’s length. It helped that she was one of the best hand-to-hand fighters on her home planet, Imsk.

When the Legion of Super-Heroes was formed, she was one of three finalists for the role of representing Imsk in the group.

She (using the code-name Shrinking Violet), Ion and Micro fought a number of obstacles. This was done in an arena specially built to take advantage of their native Imskian shrinking abilities. The competition took in front of several members of the Legion, who would then choose their new teammate.

During the bout, Ion was murdered. The Legionnaires discovered Micro to be the culprit. He tried to shrink away from them, but Violet caught him. She was inducted into the Legion…not by default, but due to her superior fighting abilities.

Shrinking Violet made her mark on the Legion when she solved the mystery of Triad’s assault. She uncovered Andromeda’s treachery.

Digby later became a member of the Legion Espionage squad, but her unassertiveness made her ideas unheard.

She also became a close friend of Kinetix, and has been searching for her since her disappearance.

However, despite all these accomplishments, she has found herself being ignored, for the most part, by her teammates…a fact over which she grew very annoyed.

This annoyance caused the Emerald Eye of Ekron, which had encountered her during the Legion’s fight with the Scavenger, to lend her its power. It seduced her, and caused her to decide to adopt a more aggressive posture.

This take-charge attitude (and, quite likely, the Eye’s subtle influence) led her fellow Legionnaires, in the first open leadership election, to make her the new Legion leader after Cosmic Boy’s resignation.

Her first act as leader was to order the Eye to give every Legionnaire his or her heart’s desire. This led to disaster when Leviathan’s desire turned out to be to die stopping a villain.

Violet, who had been keeping the Eye’s presence secret, now openly invoked its power in the hopes of reviving Leviathan. When the Legionnaires resisted her Eye-influenced leadership, she used its power to take over their minds completely.

But a number of Legionnaires, such as Saturn Girl and Gates still refused to follow the Eye’s commands. Furthermore, Kinetix tried to take the Eye’s power for herself. As she saw her vision of a united Legion falling apart, Shrinking Violet commanded the Eye to turn back time.

The Eye responded explosively, hurling several Legionnaires and others backward through time. It also took Salu away to further solidify its hold on her. In an encounter with M’Onel, she has proven willing to resist the Eye’s orders. But the Eye’s hold has become too strong to shake.

Then the Eye’s former master, Mordru, awakened from a slumber that a group of opposing sorcerers had put him in. The Eye convinced Violet that her resistance to it was certain to lead to the defeat and enslavement of both of them at Mordru’s hands.

Believing this to be true, she accepted the Eye’s plan to merge with it and. As a single entity, they presented themselves to Mordru as a potential mate…an offer Mordru considered accepting.

In reality, Violet and the Eye made this proposal in order to trick Mordru into thinking they were on his side. When Mordru created a dome to keep the Legion and other heroes out, they weakened it so that the heroes could breach it.

Eventually, Violet was convinced by Mysa and Sensor to separate from the Eye. Violet then used the Eye against Mordru, and ordered it to depart for a place where Mordru would never find it.

The Legion has accepted her back. Salu is now fully recovered from her possession and the battle against Mordru.

She has discovered that the Eye had transferred Leviathan’s powers into her, enabling her to either grow or shrink, and she adopted the code name LeVIathan in his honor.

Vi is a short, shy woman with black hair. She has a streak of green in her hair, a side effect from her time as host for the Emerald Eye.

Her uniform is purple and she wears a purple hair band.

Originally, Vi was extremely shy and timid. It was these qualities that attracted the Emerald Eye to her.

During the period the Eye boosted her confidence and aggression, Vi was the perfect Legionnaire. She put her teammates ahead of herself, took charge of any situation and took more initiative.

When Leviathan died, Vi cracked and began overtly using the Eye. She became cruel, forcing her will upon her teammates. When she was finally free of the Eye, Vi regained her confidence. She still feels extreme guilt over her actions as the Eye’s host, though, especially Leviathan’s death.

Drawbacks:
Guilt (Her time as host for the Emerald Eye, Leviathan’s Death). 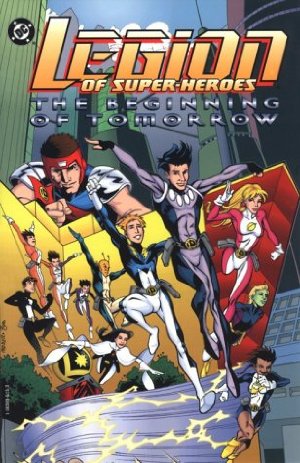 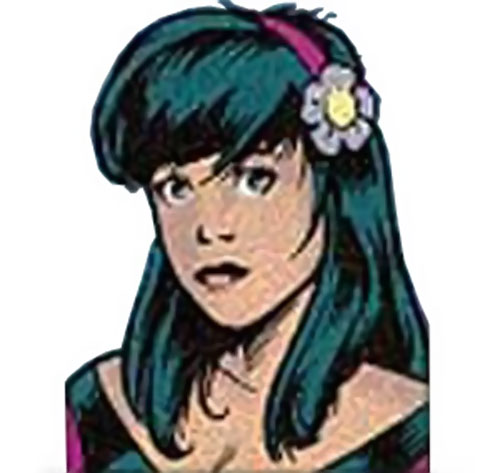