Club Super3 is a container program for children’s series on the Catalan television, in Spain. It started in 1991 (back then it was the K3 channel, which later became Super3).

Though there were various format changes, it still exists as of this writing (2016). Our articles describe the presenters’ characters as they were circa 2000.

Lila is, in her own words, “an artist, and can see the details”. Without discussion, the youngest of the Super 3 house is also the smartest, usually playing in her own world as both the adults and teenagers around her act puzzled or weird.

Lila loves reading, has an interest in everything related to Ancient Egyptian magic. She is herself a dabbler in the fabrication of small magical artifacts (potions and amulets, mainly with secondary effects).

She has a camera which enhances her perception of the world (showing how things and people really are) and a big hairy spider only she can speak with.

Fleeing from an unknown menace, five cartoon characters fell into our world. They became humans, then took on the responsibility of defending the Dimensional Door. The gang also enlisted the help of fellow children and youngsters, having them watch their whereabouts at the house over the portal.

Lila arrived in our world through along with her father Pau.

Lila is the wisest person in the clubhouse. While the others play nonsense or don’t notice what is really happening, Lila tends to make them understand, usually with a snappy or ironic remark. Only if you look deep into her heart you see the children inside, playful and pure.

She is absolutely delighted with vampires, mummies, werewolves and ghosts, among other monsters. Not only is she hard to scare, but she really believes most are peaceful or good-hearted.

“I am an artist, I see the details : where you just see doodles I see artwork.”

“I like-a-lot when you act terrorizing, Mildred.”

Lila’s monster obsession can be approached from two sides.

She has recently started a campaign in favour of reading. So she could also take it as a personal matter if somebody went around destroying books or using them as a corrupting weapon (like the Crime Bible).

Bonuses and Limitations:
Speak with animals works only with vermin (-2).

While under the poison of a strange scorpion sting, Lila transformed into a cold, ruthless version of herself, devoted only to make money and being overall evil. Only music written by Roc could take her out of that state for a while, but as the poison got hold of her a higher intensity was needed.

She was finally healed when, on the course of the Club’s yearly Supers’ Party, more than 200.000 members of the club sang together with Pau, Roc, Alex, Patty and Fluski to save her. Further analysis have since proved her organism is free of the poison. Her stats in this state : 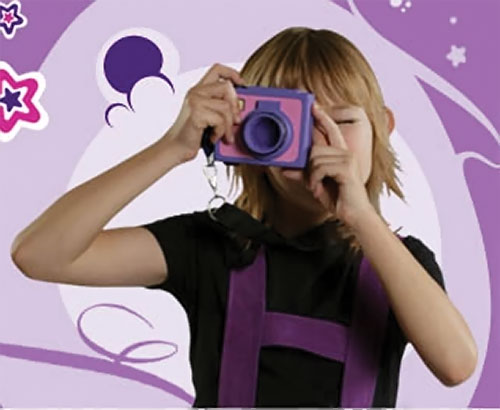