Other versions of Loki

Loki is a well known scourge throughout the multiverse. There are several reports of different versions of Loki in other dimensions, many of which might be of use in adventures. He exists in a number of What If universes, as well as others, some of the more known which are shortly described below:

Loki of Earth Guardians of the Galaxy – Earth-691

In this reality, Loki is alive and well in the 31st Century.

In this reality, Loki took control of several heroes and sought to force them to murder others. This plot was eventually foiled by that reality’s Captain America. In battle, Loki slew Cap.

Because of his actions, Loki was banished to the limbo realm and was joined by the Hulk who intended to punish him.

In this reality, Loki duped Odin into transforming Thor into a woman and he casted a spell across Bifrost that would prevent Thor from returning to Earth if he ever returned to Asgard. Among several heroes, in this reality, he opposed the Celestials due to finding out the falsehood of the Asgardians’ origins.

By doing so, Loki was signing his death warrant. Due to his death in battle, he became an angelic being with a very ambiguous appearance. With his new state, he was instrumental in defeating the Absorbing Man and he later formed the new Avengers and became the new Thor.

Loki was allied with Seth in the conquering of Asgard and fled from Wolverine – Lord of the Vampires.

In this reality, as seen in the 4-issue Ltd series Loki of 2004, Loki managed to conquer Asgard, but was, in the end, defeated by himself.

Loki of the Ultimate Universe

Loki appears in the second volume of The Ultimates as the evil half brother of Thor. Loki comes to Earth after escaping from the Room With No Doors and begins to cause havoc, especially for Thor and the United States of America after assembling a team of anti-American super villains.

In this version, Loki has the ability to “shuffle time and space,” essentially retconning history in the Ultimate Universe. Through this power he creates the persona of “Gunnar Golmen,” the head scientist of the Norwegian extension of the “European Defense Initiative,” the European counterpart to The Ultimates.

Through his powers he re-writes history, turning Thor into “Thorlief,” Gunnar’s brother, a former mental patient who stole the technology that Gunnar created for the Initiative.

Most recently (at the end of Ultimates v2 #9) it was officially confirmed that both Loki and Thor were in fact the Norse Gods they claimed to be, resolving one of the long unsolved plot lines in the series.

Loki, the God of Mischief, usually wears one of the more memorable costumes in the Marvel Universe. He has a relatively lanky build and wears a full body, skin tight costume in green. On top of this, he wears golden boots, golden thigh pads and shoulder pads, golden arm bands and a short black tunic, complete with golden motifs stretching all the way up to his neck. 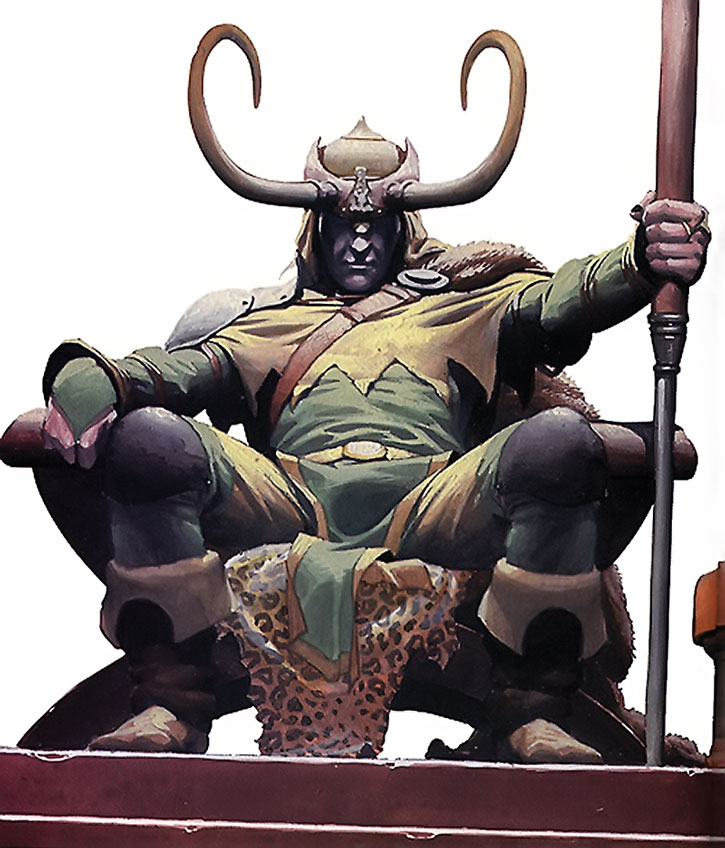 These motifs, to some degree, resemble old Viking runes.

His head, except his face is covered by a black mask, crowned by his infamous golden helmet with huge, yellow mammoth-like horns and a yellow ceremonial band. He is usually seen with a sinister look on his face, and his hands cracking with magic energies in various colors.

Loki is very cunning and clever, much more so than he lets his opponents see. He often has backup spells and his part in a carefully planned takeover/revenge attack/manipulation is not always apparent even after his plans have been foiled.

He effortlessly uses magic tricks to great effects at the spur of a moment, and is uncommonly reckless with his might.

Loki is also sinister and malicious, and called both the God of Evil and the God of Mischief. His main goal is to conquer and rule the whole of Asgard. He loves to embarass and humiliate opponents, but he will also settle for killing them, particularly if the opponent in question is Thor.

He grew up constantly jealous of Thor’s accomplishments and dedicated himself to the one art that Thor could not master, namely sorcery. He has waged a secret war of lethal rivalry against his foster brother, and even against his foster father, Odin, ever since the brothers were children.

Since Thor became a hero on Earth, Loki’s secondary goal has been to kill his foster brother.

If confronted by the threat of exile from Asgard, Loki will usually heed to the will of his stern and more powerful foster father, Odin, but will often manage some small victory while doing so. 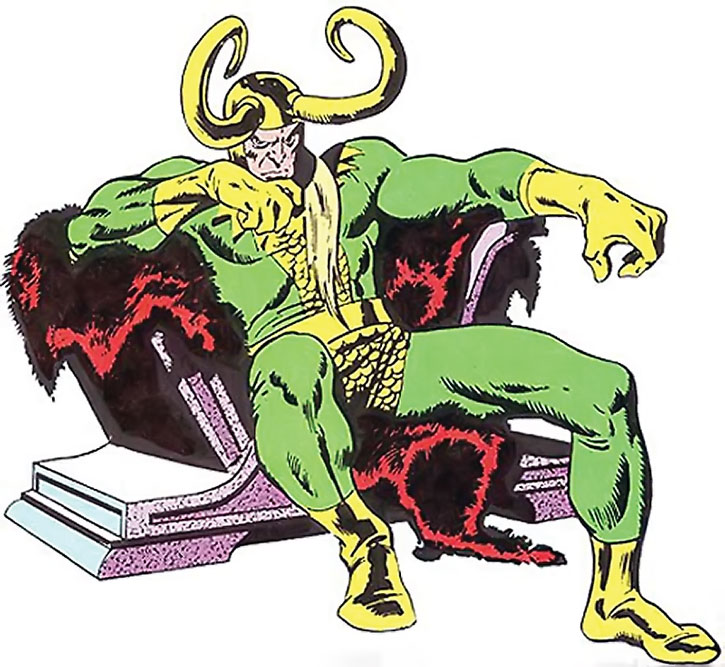 Loki has grandly attempted many times to usurp the throne of Asgard for himself, his primary goal, but has been defeated each time. Still, he obessively and resolutely returns with new plans to succeed.

In fact, he intends to imprison, torture and perhaps even execute both both Thor and Odin the day he seizes control, as well as punish everyone who has offended him in the slightest. That will be a bloody day.

Although planning well in advance his plans seem to be hindered by unforeseen factors or pure bad luck.Although failures, his plans have often some lasting effect. In fact, Loki’s pride has also often been his downfall. Still, Loki is always active and whenever troubles arise in the golden realm of Asgard or in Thor’s life, Loki is sure to be involved.

He seems to feel no remorse for anything he has done, because he knows that eventually triumph will be his, and it was worth any price.

Loki is also known to take mean hoodlums and promoting them to vicious super-goons, like the Absorbing Man, who continue to cause problems long after Loki himself is gone from the scene. Sarcastic and caustic, Loki’s lethal mischief often constitutes petty revenge, since he cannot rule Asgard as he wishes. Yet.

Perhaps surprisingly, there is also a less often seen softer side to Loki. He feels some warmth towards his progeny, including humans, gods and monsters. If they were to oppose his plans they are, however, targets of his wrath. Humans that behave like or are royalty, like Storm, can impress Loki, who will thus try to befriend or seduce them.

Honorable humans, like Spider-Man, that are willing to help out Loki out of the goodness of their hearts, despite his infamous history, are also seen in benevolent light.

Despite being the Trickster God, Loki is prone to grant boons to those who have deserved his gratitudes. Loki’s relationships with his children and progeny are often more than a little complex.

“I may never again have such a golden opportunity to destroy my enemy !”

“Kneel, God of Thunder. Kneel before your conqueror. Kneel, as is your desert and destiny, before Loki Laufeyson. Kneel as all Asgard must, before her new and rightful Lord. (Loki’s coronial speech upon conquering Thor and Asgard)”

“Silence, thou worthless non-entity ! Too many times has thou failed me ! The Prince of Evil hath conceived a mission for one far more powerful than thee !” (to the Absorbing Man)

“Know you have made an enemy this day whose reach is as long as his memory… and who prides himself on returning blow for blow, in full measure. (to Alpha Flight and the X-Men, after their refusal of an earthly paradise caused Loki to lose face before Those Who Live Above In Shadow)”

In the DC Universe, Loki could be from Asgard or New Genesis or Apokolips. The DC Universe versions of Asgard, Thor and Loki are not as interesting as the Marvel versions, and so it might actually be better to use Marvel’s versions as they are for all adventure purposes.

Marvel’s Loki would make a nice foe of any Nordic hero, including Ice (Maiden).

Equipment:
Occult Artifacts (x2)[ABCD Omniability 15 APs, BODY 6, Note: These were sometimes seen in early issues of Thor, where Loki picked up a pouch of some might effect or other from his pockets. For example, one was once used to draw power from Surtur’s Twilight Sword to turn Thor into a frog.] 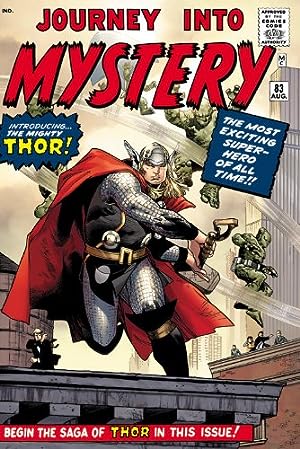 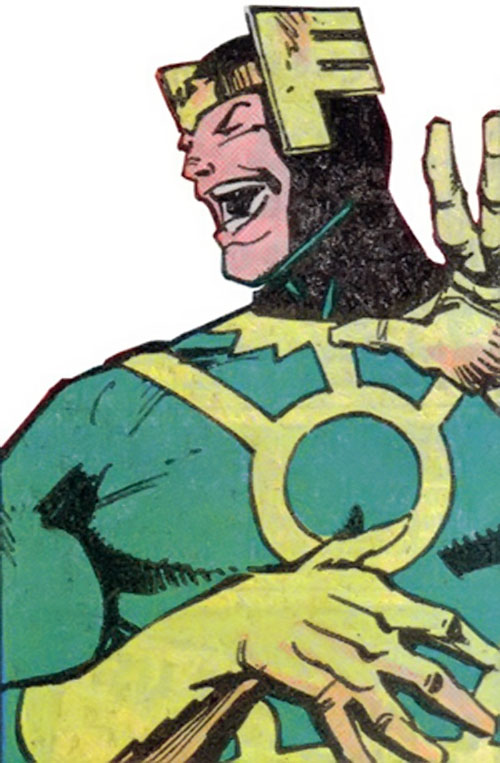 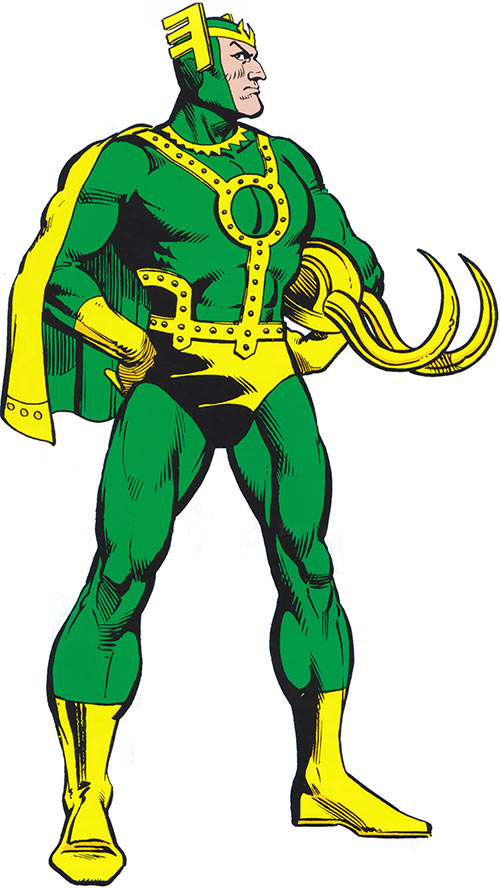 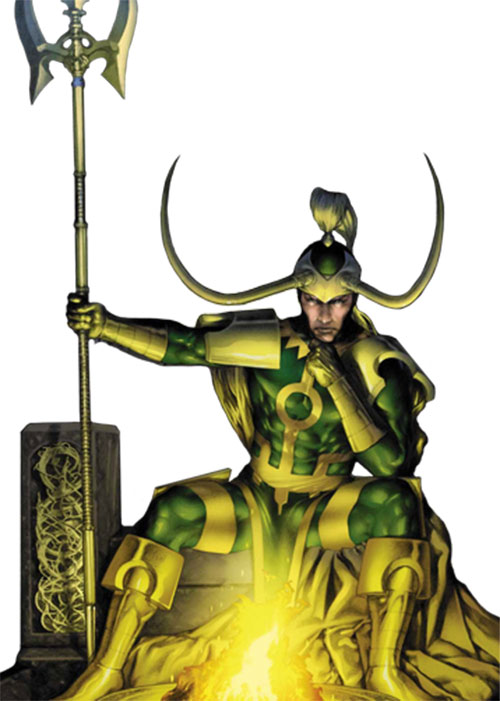 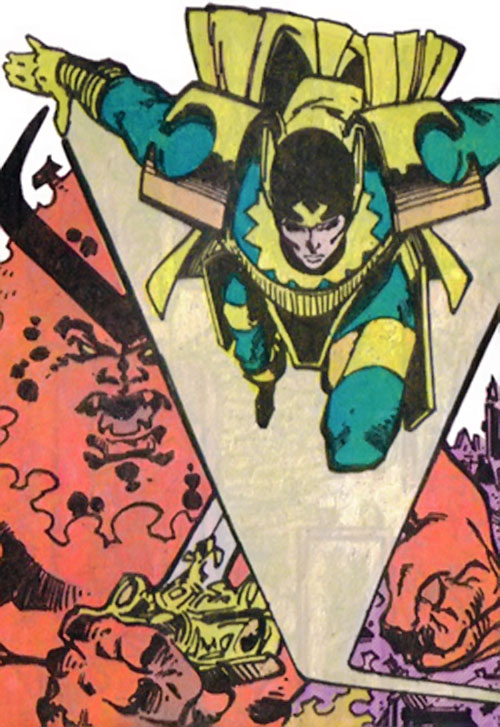 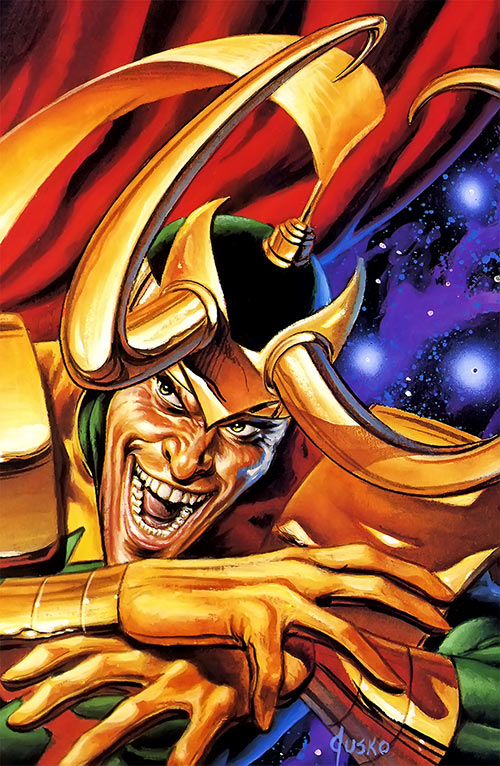