He can become any character from the movies. However, if he shows up in a campaign, it would be important not to “munchkinize” this ability. It’s no fun if all he does is animate Superman from the Superman movies ! That’s going against the concept of the character. Godzilla, the Terminator, and Dracula are perfectly acceptable, however.

For a similar character, see the Projectionist from the Wild Cards novels.

This unnamed character (okay, I made up the name “The Look-A-Like,” but sheesh, this guy wasn’t given any name at all, so I had to call him something !) discovered his power seven years ago. Since then, he has tried unsuccessfully to make a career out of being a celebrity look-a-like.

Despondent, he decided to pretend to *actually* be a celebrity (a Clint Eastwood ripoff). But as he vacationed in Cannes, the French police caught on, and subtly arrested him. He escaped into the only available body, as a Japanese Unnamed Rubber Monster (a Godzilla ripoff) movie was being shown on a billboard movie screen.

The police were surprised when their captive disappeared, but moreso when the J.U.R.M. showed up. The JLE fought the monster, who accidentally used his breath weapon when trying to communicate—rubber monsters can’t speak. So he fled, to a movie theater at random— and ended up becoming a chainsaw/hockey mask murderer.

Fleeing from the JLE again, he found a safer movie.&emsp. He ended up becoming a dog from one of those cutesy dog-as-the-hero movies. In this form, he managed to get back to his real body and went home to Brooklyn, leaving the JLE to wonder what the heck was going on.

Like most mundane people, he is foolish and simple-minded. He can think of no way (after seven years !) to make a living with his great powers. When things go poorly, his first instinct is to flee.

His only interesting personality quirk is the fact he apparently has a compulsion to become Marilyn Monroe, which he discovered when watching The Misfits . 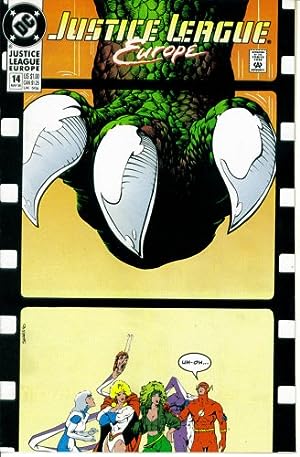 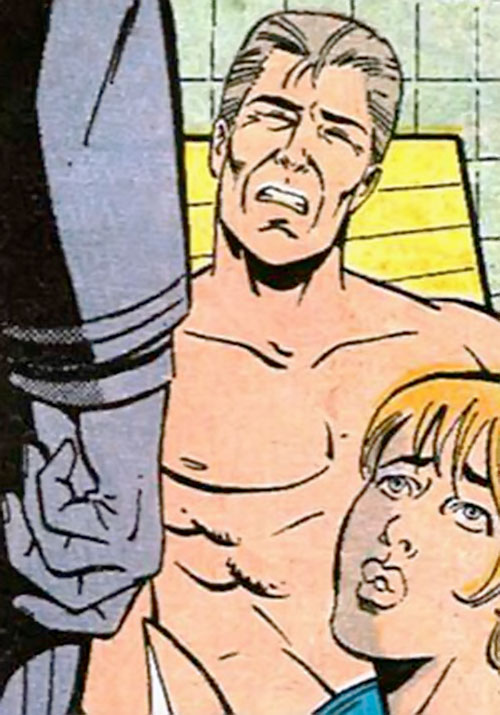 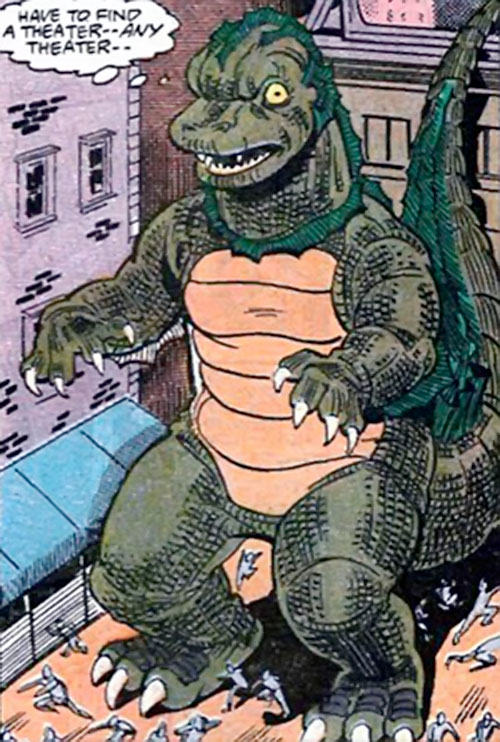 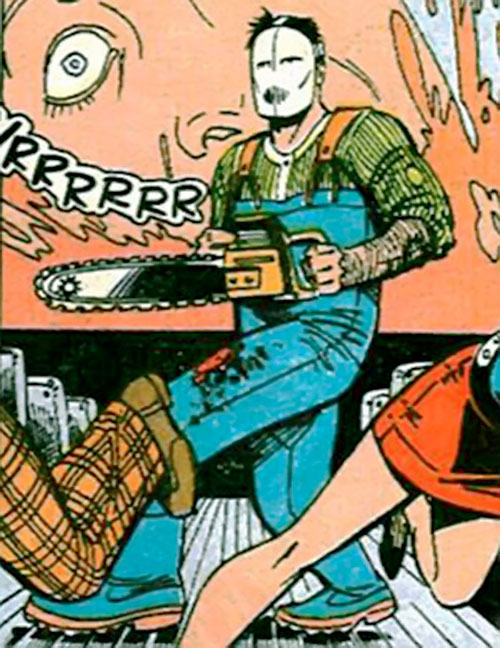 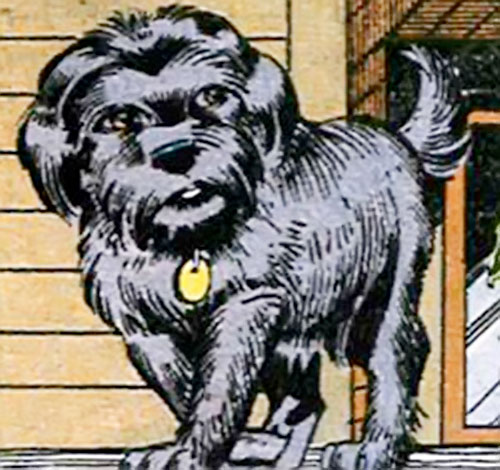