Lord Fanny (Hilde Morales) is a powerful witch. She draws her powers from various elements in the Mayan cosmology, particularly the god of death. She is also a fabulous dancer.

Fanny’s magics work best when she is presenting as fabulously female. When she is not she suffers a -2CS to all attempts at casting. Her spells seem to revolve around Sex and Death, the two great releases of the soul energy. In the future she will also able to use the Magic Mirror, or liquid metal soul within her for many purposes including armor and offensive capabilities.

Fanny was born Hilde Morales just outside Rio. Her mother and her grandmother before her were sorcerers of incredible power, and were dismayed when Hilde was born a male. They raised her as a female. Eventually, they performed a ritual to introduce her to the spirits and unlock her power as a sorcerer.

During the ritual she met Mictlantecuhtli, the god of death, and told him a dirty joke to earn her freedom from the land of the dead.

At the age of 18 Fanny was a prostitute on the streets of Rio. She was picked up by a group of men wearing animal masks. The men raped her in the presence of a crucified Grey alien who may have become Mr. Quimper. Very shortly thereafter she was recruited into the Invisibles by John-A-Dreams.

Fanny makes a very attractive woman and a not half bad man on her more off days. She wears a variety of wigs, but seems to prefer long blonde ones, and only the most fashionable of clothes. She is tall and muscular, with olive skin.

Fanny is superbly confident, possibly to the point of arrogance. She is a goddess and knows it. The traumas of her painful past have made her a very strong souled person.

She is very dedicated to her teammates and would make any sacrifice for them. She also has about her a strong element of flamboyant drag queen camp that keeps her enemies from taking her seriously, usually a fatal mistake.

“Armageddon can come any time it wants. All I ask is that it waits until I’ve tried on that dress I told you about.”

Rituals:
Door to Mictlan [Effect: Dimension Travel: 15 (Banishment only), Casting time: 8 seconds (1AP), Necessary components: none, Special requirements: none, HP Cost: 63. Notes: Everyone looking at the open portal into Mictlan, the Mayan hell, is drawn there to suffer unspeakable tortures.
Unfortunately, it also makes Mictlantecuhtli, the god of the dead, aware of all present, which can have understandably bad consequences. Mictlan’s travel distance is 10 from Earth. This spell is falls into the realms of both Demonology and Channeling magic.] 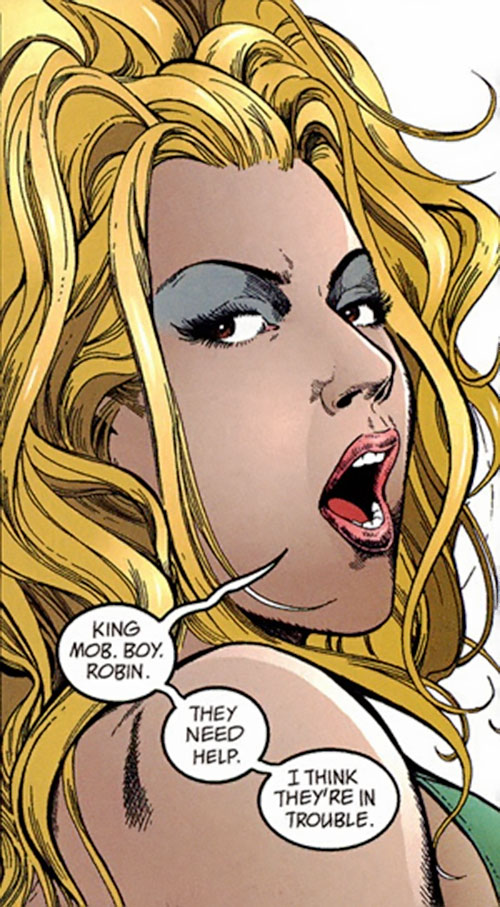 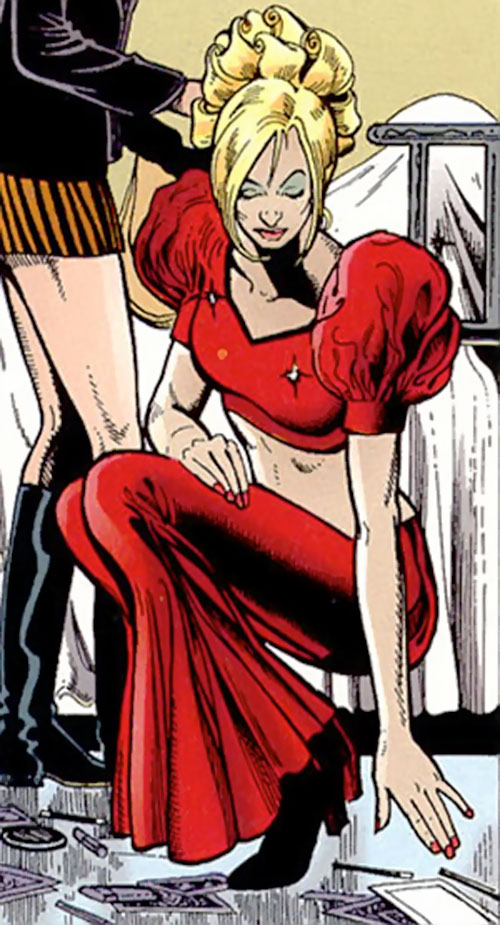