Indeed, his willpower appears uniquely indomitable. The likes of Hal Jordan (and perhaps even the Guardians) are powerless before his might. Malvolio power punched Hal straight through a planet. Likewise, most of his city was an illusory creation imagined and made material by his mind.

He is rather powerful physically as well. His alien heritage (or his imprisonment) has apparently given him a very, very long life. Despite being several hundred years old, he appears at most to be middle aged. Furthermore, his physical size is superhuman.

Speculation about the past, plots and future

The final part of Malvolio’s plan never played out. That included having Malvolio signal the location of Earth through Hal’s ring. Oddly, Hal used the ring’s memory to find his way back to Earth, which Malvolio apparently didn’t know how to do.

Also, DC actually had a way out of the Parallax debacle by blaming everything on Malvolio’s ring that Hal was actually wearing at the time.

Later, Malvolio was also meant to be the warped team leader of a new group of freedom fighters, consisting of the Ray, Black Condor, Phantom Lady, Roger Stern’s Hawks, Starman and Arion the Immortal (mentioned in an interview with Christopher Priest).

When Hal’s ring was destroyed on Oa, during his days as Parallax, Ganthet reassembled the pieces into a new ring. It would seem as if Kyle Rayner, who later received a (the?) ring from Ganthet, is currently carrying Malvolio’s old ring, leading to some interesting possibilities.

Whether or not Malvolio ever reappears in the comics, though, he remains an intriguing part of Green Lantern history.

Lord Malvolio is a highly muscular, large human with grey hair. He wears a GL uniform with a striking resemblance to Alan Scott’s. Alan Scott’s uniform is, in fact, supposed to be somehow based on Malvolio’s.

Malvolio has a major ego problem. He is more than a little unhinged, and, in fact, burns with insanity. He worshipped his father, who was a Green Lantern. But at some point, Malvolio realized that his progenitor was an unworthy idiot and that he alone should have the power of the green flame.

Thus, Malvolio murdered his father in his sleep, an ignoble act that further fuels Malvolio’s insanity. Then he took his ring. He now often insanely rants in pseudo-Shakespearean English.

Malvolio hasn’t been trained by anyone, and is completely self-taught. Since he doesn’t know of any limitations to his ring, his ring does work on both wood and yellow objects. In fact, Malvolio can use the powers of the green flame without a ring, having permanently internalized the abilities.

However, he apparently doesn’t know how to access the ring’s memory function and several of the more mental abilities, which might be because he doesn’t use his ring anymore at all.

Furthermore, his egocentricity, unbending self-confidence and his insanity effectively fuel his willpower and resolve with the ring to previously unseen levels. It has been theorized that even the Guardians fear his power.

He desires a sinless and nonfrivolous world, and is even worse than Sinestro in this aspect. This means that Malvolio rules wherever he is. He accepts no disobedience, no opposition and no disrespect. He commands and kills anyone who doesn’t immediately obey him. 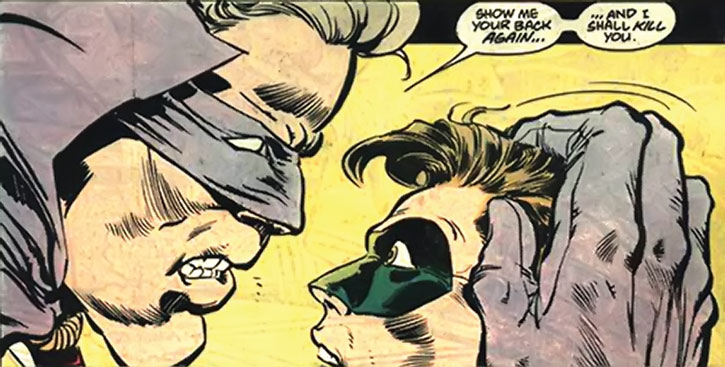 Ruling a bunch of aliens like a tyrannical despot, however, is a pastime until he can get back to Earth. Since he doesn’t know the location of Earth, he has been waiting for centuries for the opportunity to lure in a Green Lantern who knows the location.

Malvolio has had a very, very long time to plan his every move. So when GL Hal Jordan showed up, there was little he could do against Malvolio’s plans. So Malvolio is actually sane enough to formulate and carry out very complex plans. He’d eventually have made it back to Earth, and that would have been a new beginning despite his insanity.

“You arrive as brilliant light, rending darkness’s opaque veil. As a whisper, silence shattering. As an archangel trumpeting the coming of the Lord. Among stars and far flung heavens have cosmic winds aloft borne me as I, answering adventure’s siren call, sought her face in the galaxy’s far corners. Among peoples and cultures infinitely diverse have these well worn heels tread narrow paths leading to warm, righteous hearts. Against evil kingdoms and dread empires a vengeful hand have I raised. Against me could no man stand nor any man deny my will. Through time and seasons and ages undreamed of, my will, my token and troth remain. The vindicator, avenger, defender, law and judge am I. Savior and destroyer. Life and DEATH. I am Lord Malvolio of the Green Flame !”

“Everything has gone according to my plan. Hal Jordan, confidante of mine eternal enemy, Priest, now sails through the cosmos wearing my power ring. And soon shall the day come that he shall serve me in my war against both Priest and the blue skinned elder gods he serves ! For now, I shall dissolve the many illusions I have this day employed and await the day when Hal Jordan and I shall meet again !”

Notes:
Although Lord Malvolio initially used a Green Lantern ring he has since internalized all of its powers and requires no ring or recharging to function. For more of what exactly this means, see the special section below.

Power internalizing… what does this mean ?

While he learned to internalize his ring physical powers, he never learnt to use or internalize a number of important ring powers. His ring has a BODY of 6 APs when not worn, and a BODY of 22 and Miniaturization of 10 APs when worn by Malvolio. He usually wears the ring, but doesn’t access it at all.

The Ring has the following Powers that Malvolio apparently is not aware of and cannot use:

The Ring, should he ever decide to use it instead of his internalized abilities, has the following Limitations: The Ring’s Detect can only be used upon the death of Malvolio, to scout for a successor (though Acuity could theoretically be used to perform similar scans in less dire circumstances).

Detect itself will scan for quantitative aspects such as the relevant Power Link Skill, Attribute (such as MIN for green), Advantages (such as Iron Nerves for green), but the process also allows for benchmarking against an exemplar to determine ethical suitably.
This exemplar is programmed in the rings (who programmed Malvolio’s ring is unknown), but this is not a flawless process. Sometimes, it might authorize persons who aren’t the best choices for a Lantern.

Dimension travel (Storage Tesseract) can hold a Green Lantern Power Battery (he supposedly has a Power battery [BODY 25, Invisibility 15] stashed away as well).

The Spirit Travel form can be perceived by other Lanterns and Guardians of the Universe, and doesn’t take place in a different dimension.

Telepathy cannot be used to engage in mental combat – only for communication, often helped by the ring’s Comprehend Languages.

When used to communicate with the green Central Power Battery, Telepathy has a special +75 Range Bonus (although Malvolio has never used this). Communicating with the Central Power Battery can also be used to send a distress signal to either the closest Green Lantern (usually in the next sector) or a Corps-wide SOS, though currently only one ring (Kilowog’s) can perform that function.

The Ring has the Scientist (Analysis, Observation) skills at 09 APs and the following Advantages: Area Knowledge (Universe ; Wormholes locations), Misc.: part of the Data Storage power is used to store the Green Lantern database in its mobile version. These abilities are usually accessed via spoken commands, something which it seems Malvolio has not mastered.

It also has the following Drawbacks — Power Loss: the ring runs out of charge after one full planetary revolution of use (on Earth, 24 hours) had elapsed, and could only be recharged with a green power battery. When the ring’s charge is exhausted, all Powers go to zero until recharged.

Gradual Power Loss: Mental conditions that make it difficult to accurately visualise force constructs drastically lower the efficiency of the ring. These include psychoactive drugs, neural scrambling, inner ear scrambling, some sonic attacks, etc. Any RAPs from such an effect means an immediate Gradual Power Loss of (RAPs+1) Columns on all of the ring’s Powers, as long as these effects are active.
In the same spirit, RAPs from Mental and Spiritual attacks are subtracted from the EV or RV of any power ring use during the next Dice Action.

Green Power Rings usually have a Partial Power Loss: the rings used to be unable to directly affect anything coloured yellow – they couldn’t ’touch‘ yellow matter or energy, and these passed through green force constructs without resistance. Malvolio, however, is unaware of any such limitations, and would stubbornly never be affected by this particular Limitation. 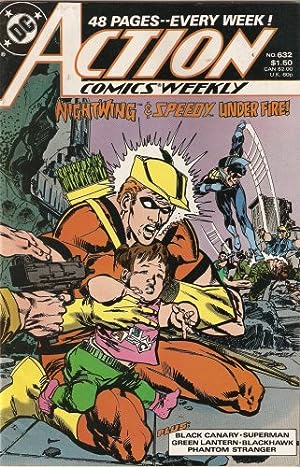 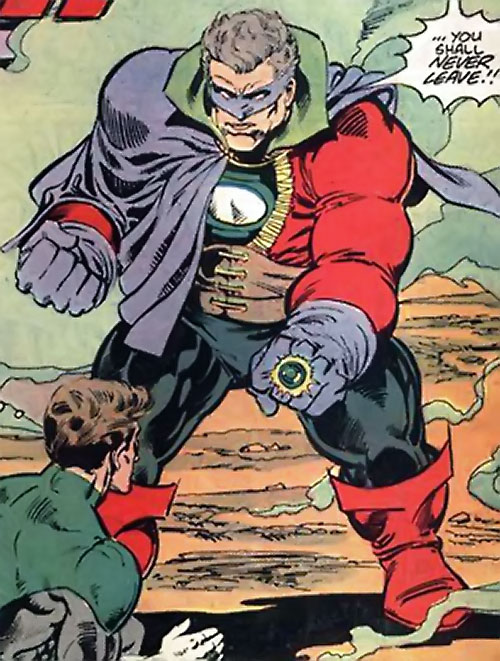 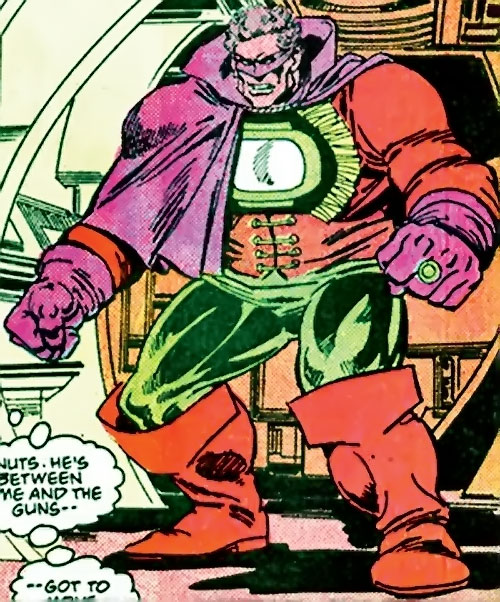 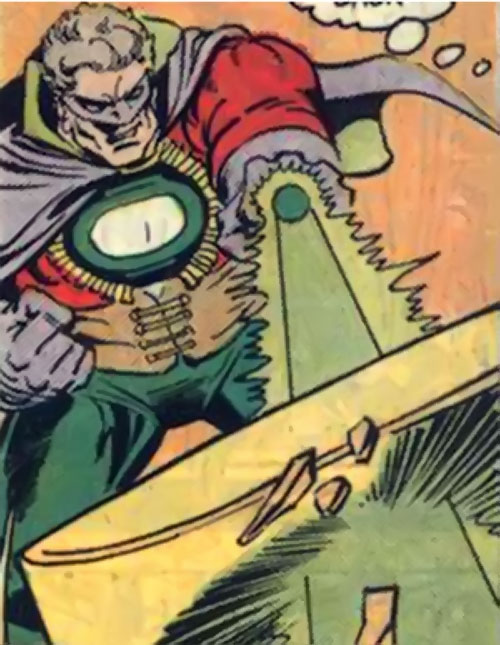