Lu Shan is a crack shot with a handgun, and could drive a truck during a deadly car chase through Hong Kong.

She seems to have been taught in the occult by her father, though as a scholar rather than as a practitioner.

Lu Shan a skilled actress. Her act as an innocent businesswoman was good enough to fool even Ching and Diana.

Lu Shan is the daughter of the Asian sage and mystic I-Ching, who once mentored Wonder Woman. She blames her father for the death of her mother, which occurred in her childhood. She has worn to kill I-Ching to avenge her mother.

This is presumably the reason why she became an agent in the international criminal network of Doctor Cyber, an enemy of her dad.

Lu Shan became important enough within Dr. Cyber’s empire to head her own gang. In 1970, she got what she wanted – the possibility to personally spearhead an attempt on I-Ching’s life. Under the cover of being a businesswoman, she was planted on an airplane I-Ching and Diana Prince (the former Wonder Woman) were to fly in to Hong Kong.

Her story was that she was hunted down by the Tiger Tong. Agents from this mob were hired by Dr. Cyber to attack before the plan had even landed. Lu Shan also arranged for I-Ching to discover that she was his daughter, feigning astonishment and elation at this revelation.

The Tiger Tong made other scripted attempts on Lu-Shan’s life. Since her father and Diana were now her bodyguards, she easily led them right into Dr. Cyber’s Hong Kong HQ. Lu-Shan then petitioned for her prize — I-Ching’s life — and coldly shot her father when this was accepted.

The leader of the Tiger Tong then came to claim his pay. But a dispute arose and Cyber had him killed. One of the Tiger bodyguards’s stray gunfire triggered explosions, and the ship-based HQ started sinking. Diana managed to leave with I-Ching and got him to a hospital in time. Meanwhile, Lu Shan fled with the hideously wounded Dr. Cyber, also saving her life.

After Diana foiled Cyber’s plan to destroy Hong Kong with earthquake machines, Dr. Cyber was apparently killed. Lu Shan swore to avenge her boss, then escaped by clandestinely entering the PRC. While I-Ching was determined to find her and talk to her, he failed to locate his daughter.

The Fist of Flame and the Eye of the Ocean

To conduct some reconnaissance and casing work, Catwoman hired private eye Jonny Double. Double had briefly been Diana Prince’s lover. Lu Shan captured the P.I., and used him as a bargaining chip to have Diana and I-Ching deliver the Fist to her.

Lu Shan wasn’t aware of all the properties of the jewels, though. For instance, that the reunited stones would randomly teleport themselves and those in their immediate vicinity to other worlds.

Thus, she and her bodyguards were unexpectedly teleported to Nehwon, landing square into a battle. On one side were her father and his allies Diana Prince, Catwoman, Fahrd and the Grey Mouser. On the other the sorcerer Gawron and his numerous guards.

This battle royale ended when I-Ching used both jewels to create a gate back to Earth. He and his allies escaped, and the Grey Mouser snatched the Eye as he ran into the portal. Thus Lu Shan and her men found themselves stranded on Nehwon in the middle of a wizard’s fortress.

While Lu Shan hasn’t been seen since, it is probable that she established herself as a crimelord on Nehwon – or even gunned down Gawron and took over his turf. If she ever manages to return to Earth, things could be… interesting.

About what you’d expect from an early 1970s Asian female villain in Western comics. So she is a deceitful viper and dragon queen who doesn’t handle frustration well, often slapping her henchmen to let steam off.

She was very loyal toward Dr. Cyber and hated her father with a passion.

The majority of Lu Shan’s men are mooks with standard thug stats. However she also has a retinue of elite Chinese heavies who act as her Prætorian guard. A half-dozen of those were teleported along with her on Nehwon, though some may have perished since. Those dour, beefy martial arts experts have the following stats:

Drawbacks:
Misc. (do not speak English).

Equipment:
Usually none, though I’d imagine they started using medieval weapons on Nehwon. 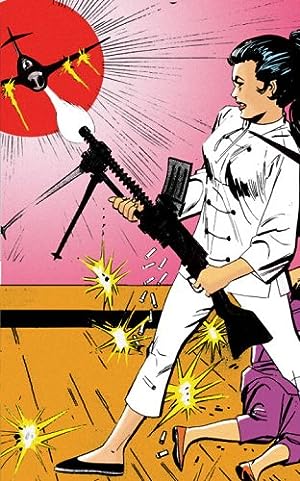 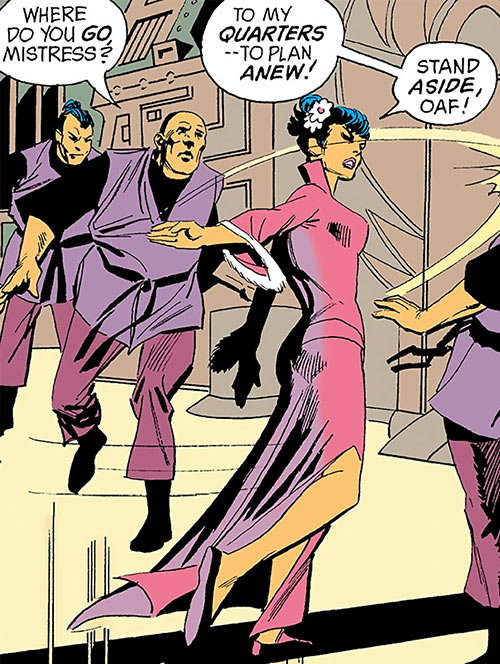 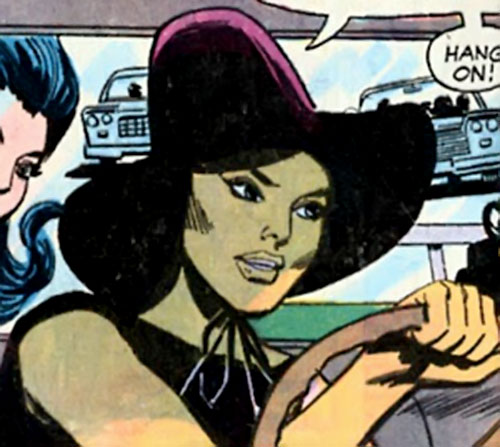 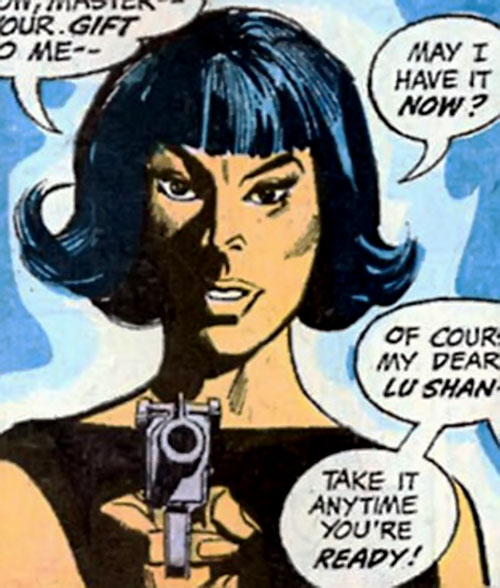