Lucky Luke is a major, very popular Francophone and European series of graphic novels, starring the titular lonesome roving cowboy. They have been running since 1947, and take place in a comedy, four-colours  version of the Old West.

This is a capsule character profile about classic Lucky Luke, not a full-bore one based on the 72 (as of this writing) graphic novels.

The fastest gun of the Far West, a hero to the people who runs away from glory, a traveler of the States, one that has met almost every legend of the West, both historical and legendary. Lucky Luke is one of the most recognized figures of his time.

His acumen and his long list of successful missions make him wanted by every community in distress, be it gold diggers, terrorized settlers or robbed train drivers.

The smartest horse in the world

It’s common for Luke’s horse Jolly Jumper to comment on what happens around him, usually from an ironic point of view. On many occasions he broke the fourth wall and directed his comments to the reader. A few times (such as the The One-Armed Bandit story) it has been hinted that Luke may in fact understand what Jolly says.

The Empathy power in our DC Heroes RPG stats is added for that reason. With his score, Luke can usually know about the general feelings of his horse – if he feels danger ahead, for example. But he would need a big roll to get an exact picture of what Jolly means.

The stupidest dog in the universe

In any adventure that involves Rantanplan (that is ensured if the plot involves the Dalton) there is a chance that he interferes in some disastrous way for Lucky Luke. A typical example is affectionately jumping on him when he is going to shoot a villain, leading to Luke’s capture. In game terms that’s reflected as the Unluck Drawback.

Remember that, despite it, Rantanplan is mostly friendly towards Luke (and at least Averell if not the whole Dalton gang, too).

Luke famously is “a poor lonesome cowboy, and a long way from home”. Known for his ability to draw and shoot so fast that his shadow cannot keep up with him, Luke defends the innocent and helps justice triumph through a mythologised, slightly absurd Wild West during the late XIXth century.

Luke is know for his clashes with the cousins of the famous Dalton gang, and his incredible steed Jolly Jumper. He has met cartoon versions of numerous historical characters and events of the West. And he worked in all sorts of odd jobs as a benign mercenary with a heart of gold.

Luke is a tall, slim man, always dressed in blue jeans, yellow shirt, black vest, a red handkerchief on his neck and a white cowboy hat. Boots, belts and his faithful colt complete the picture. A long streak of hair escapes from the front of his hat.

A cigarette was constantly on Lucky Luke’s lips in the early stories, but in 1983, in response to the growing anti-smoking campaign, Morris replaced the cigarette with a piece of straw.

Part Clark Gable, part Gary Cooper, with some drops of James Stewart, the lonesome cowboy faster than his own shadow has a definite mystery aura. This is enhanced by his lack of a known past, awesome accuracy, spotless record and fearless demeanor.

Despite his phenomenal accuracy with firearms, Lucky Luke never, ever, aims to kill an enemy. He only killed somebody in La Mine d‘or de Dick Digger;, 50 years ago, when he shot down his double, Mad Jim. He will sometimes disarm or Intimidate (Force Maneuver) the enemy, sometimes using impossible, multiple ricocheting bullet-Trick Shots.

He is a generous gentleman and never wants to take the honors for his exploits. Both traits make him a hero for the common people although he always runs away from any reward.

“Yep.” or “Nope.” (succinct answer to most questions)

Oh, please, the DC Universe Old West is so full of characters, that one more fits perfectly. You need to change nothing from the Morris and Goscinny albums to make his adventures fit into the DCU West.

Bonuses and Limitations:
Growth is always on and already included in stats.

Note:
Yes, Jolly has Climbing. It has gone up mountains of over the 60%. And, yes, it has Running: 05… at least. It’s faster than any other horse (except Double-Six) and it’s usually portrayed as being faster than a steam train.

Source of Character: Comic book and cartoon series and animated movies by Morris and Goscinny. 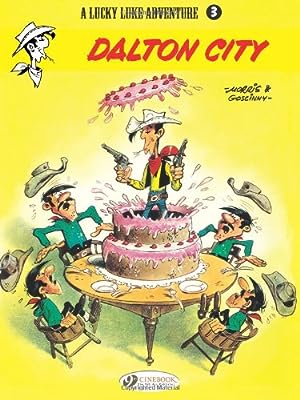 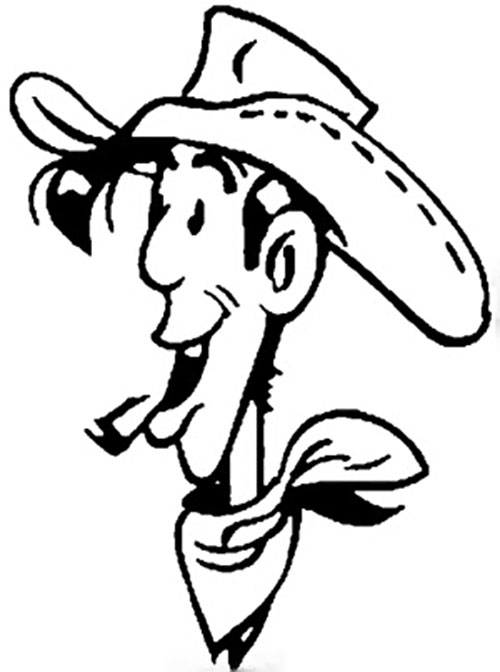 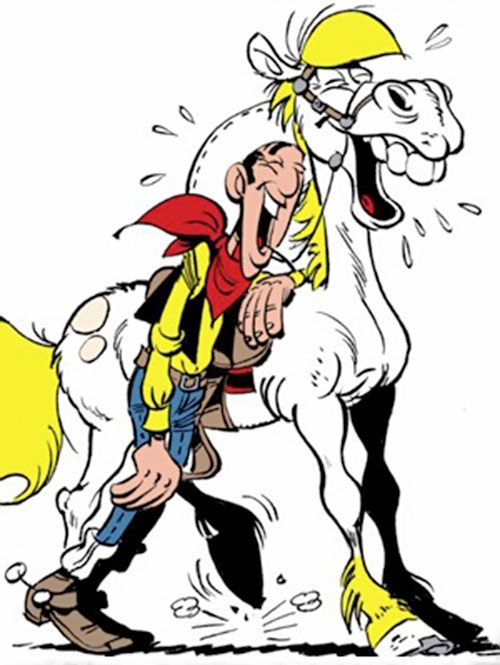 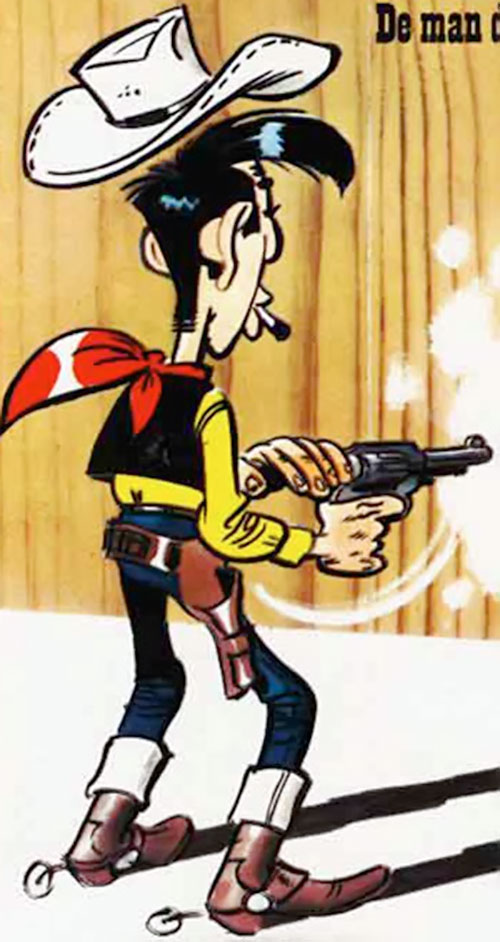 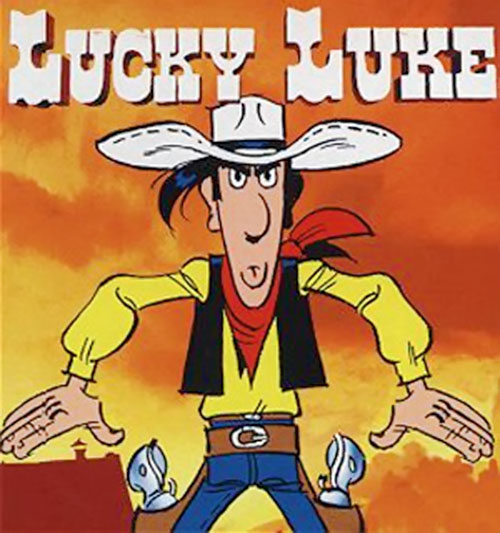