Lucy can move at superhuman speeds.

When doing so, she turns into razor-sharp red streams, which can easily slice through normal opponents.

Lucy is the granddaughter of the notorious criminal, Charlie Arrows. She inherited her powers from the changes that had empowered him. She ran away from home, and ended up living on the streets. Lucy used her powers to survive however she could.

She came to the attention of Dr. Orwell, who offered her a job as his enforcer. She cautiously accepted, and grew content with being well paid. Orwell also respected her abilities and did not take advantage of her.

When Orwell learned that her grandfather was searching for her, he sent Lucy to recruit him. Charlie cautiously agreed to work for Orwell.

They eventually learned that Orwell was a stranded time traveller. He planned to travel to the end of time to replace Spartan, who was destined to be the one being to survive the end of this universe, and thereby become God in the next universe.

Orwell and his mercenaries hijacked an alien god’s corpse from the Bleed. He could use this to travel through time.

He also revealed that he had recruited Charlie because his powers would allow for reprogramming Spartan. Orwell had placed post-hypnotic suggestions in Charlie’s mind, forcing him to obey Orwell’s spoken commands. Charlie and Lucy decided to turn against Orwell. They blocked up Charlie’s ears, allowing him to attack Orwell.

As they battled, a swarm of Venusians that Orwell had acquired for his plan escaped. They began to overrun the ship, supplanting Orwells role in his own master plan. The Arrows helped the Establishment battle the overwhelming Venusians as the universe ended.

When it appeared that the Venusians had won, Charlie used his powers to connect to Spartan/Metavac, assuring the new universe’s safe existence.

Presumably both Charlie and Lucy died in the end of the universe.

Lucy developed a tough exterior from her time living on the streets. She is used to only having herself to rely on. She has no compunction against doing whatever she must to survive and thrive, including killing opponents.

While initially loyal to Dr. Orwell, since he had always been fair in their dealings, she felt betrayed when he turned on her grandfather. She was slowly opening up to Charlie, feeling the need for a stable relationship in her life.

“Sorry, Charlie. I… I’m sorry for getting you into this. Up until now the doc’s been a fairly sound bloke. He took me in, looked after me, didn’t try to get into my knickers. I knew he was a villain of some sort an’ it was… well, exciting. I wanted to be like you – I didn’t know he was going to turn into Darth Vader.” 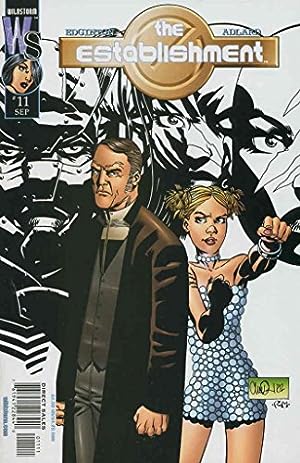 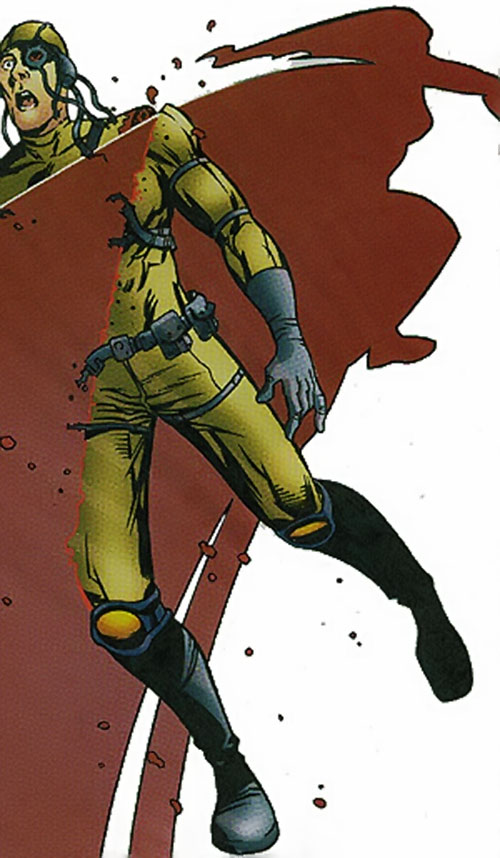