Lulu is a highly experienced Guardian. She has protected Summoners on three separate pilgrimages, even though the first ended in disaster and the second failed..

In the realm of Final Fantasy she would be classed as a Black Mage. This means that she is physically weak, but possesses an endless array of offensive magic capabilities as well as some support abilities. She is also adept at dodging attacks.

She typically dresses in an intricate elegant and very low-cut strapless revealing dress. The bust line has is adorned with fur and the dress is long sleeved and the hem touches the ground.

At the front there is an intricate interweaving of various belts that teasingly reveal a bit of leg here and there as well as a garter on her left leg. She also wears various pieces of jewelry particularly in her hairstyle and around her neck. Her appearance gives her a somewhat mod-retro Victorian gothic feel.

Her character was designed as a cross between a FF Black Mage and a fashion model to help establish her as an individual and interesting character and not the typical stuffy Black Mages in FF who usually wear dark blue robes and straw hats.

On a further note about her appearance the three female playable characters each represent a different form of beauty from a Japanese cultural point of view. Specifically, Lulu’s appearance is that of mature sexual beauty. Much like many of the hostess in clubs in Japan she is a cultured mature woman with a rather tragic past who still wishes to uphold her duty.

Thus, if FFX were made into a live action movie then Lulu would be the most likely to be portrayed as a foreigner, as the other two female characters (Yuna and Riku) fulfill more traditional roles more inherent to the culture.

Lulu’s blend of capable woman and intricate fashionable costume make her one of the more exotic characters who succeeded in breaking the mold of tradition in the FF universe.

Lulu is a tragic character who comes off as analytical, cold, detached and aloof. She generally keeps her feelings to herself and keeps character interaction to a minim. She is also cool under almost any circumstances. However this does not mean that she will not assert her authority when she deems it necessary.

Quite often she quietly takes a back seat and only speaks up when she feels it is important. Most of the other characters in the party will listen to her when she speaks and are even to some degree intimidated by the force of her personality.

Lulu is actually a beautiful person on the inside though. It’s just that she has lost her parents at an early age, her beloved later in life, and failed twice in her duties as a Guardian. Therefore she finds it very difficult to have a positive outlook in life. However due to tact and formal cordiality she does make an excellent diplomat or negotiator.

Lulu: “The Calm Lands. Long ago, the high summoners fought Sin here. The road ends here. Beyond, there’s no towns, no villages. Only endless plains.”
Auron: “Many summoners stray from their path and lose their way here.”

Tidus: “Who was that ?”
Lulu: “Until half a year ago, he was a summoner. Wakka and I were his guardians.”
Wakka: “It was kind of a short pilgrimage.”
Lulu: “He gave up halfway. Here, on this plain. Now, he is a monk at the Bevelle temple. This is my third pilgrimage as a guardian.”

Wakka: “Hey. This where…?”
Tidus: “Where what ?”
Lulu: “The summoner I guarded on my first pilgrimage… died here.”

Lulu: “It is… It’s you, is it not, Lady Ginnem ? Forgive me. I was too young. There is no human left in you now, is there ? Very well, then. Allow me to perform my last duty to you. My last as your guardian.”

The time warp thing shouldn’t be a problem as she could come from almost any era of the past.

As far as real world nationality would go I’d make her western European (French or British perhaps). The London occult scene seems a bit to bleak and gritty for a high fashion fantasy girl though. That and she’s not likely to “meld” well with some of the other characters such as Constantine or Zed.

Why not make her from Fairy ? Maybe she was abducted by Puck (the Shakespearian one). Or maybe this FF world could be a Skerry in the Dreaming ?

Cry me a river

Onion Knight is a small doll that Lulu carries. It looks like a cute cartoon style humanoid onion with goofy armor. Go figure…

Once Lulu has gathered 8APs of Adrenaline Surge she is free to use her special attack Fury. Lulu rolls 2D10 (do NOT reroll doubles) and that is the number of 6AP Sorcery attack spells that she gets to use that round. Before rolling though she must declare what Attack Power she wishes to make use of.

She must use all spells rolled in that round regardless of whether she rolls 2 or 18 (double 00s means she gets no spells) all spells are resolved normally (yes this a lot of dice rolling) and have a Lack of Control (-1) CS penalty. If Lulu rolls double 00s she may take no other action for that round.

This is an extremely powerful and extremely dangerous attack used only against the strongest of enemies or in the most dire of situations. 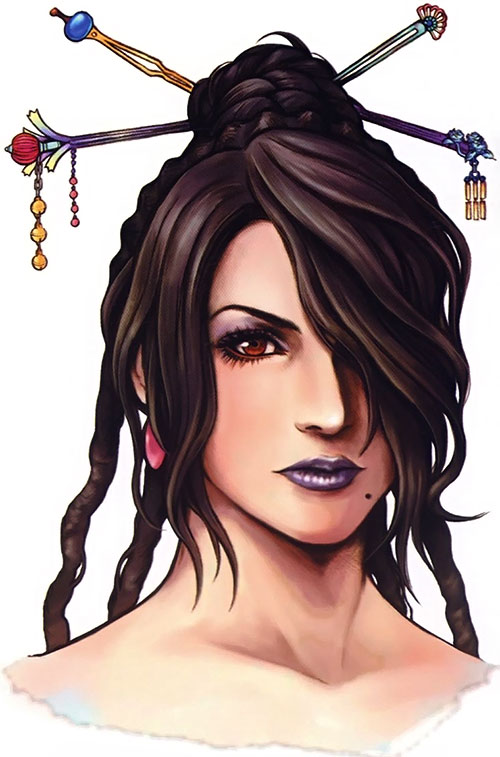 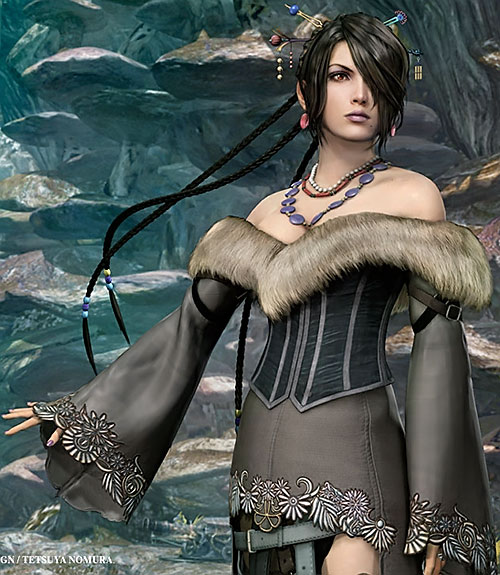