Lyekka is a humanoid, carnivorous plant with some powerful and unusual abilities.

First, she is very charming and seducing, although in a very innocent manner. She is capable of getting people very relaxed with her… Which means that they are history, or rather, food.

Second, she possesses powerful psionic  abilities capable of sensing emotions or life over planetary distances. This is used to locate living being, and thus food.

Third, her touch can induce powerful hallucinations in a target of their fondest dreams come true.

Fourth, she can disintegrate a person simply by touching them in their relaxed state. Or perhaps she just gulps them down really fast. They thus become her nourishment.

Fifth, she can change her shape and form into resembling an object, or simply turn into a moving liquid, and even survive in space for some time. This also extends into her being able to stretch out her limbs to do melee attacks at a range.

And sixth, she lives in a pod wherein she can rests in peace for many months before having to come out again for food. Yes, she is a weird and powerful space plant.

This 4-minute LEXX intro sequence explains most everything about the early key characters – and the LEXX. Useful, eh ?

Although Lyekka is a carnivorous plant she does resemble an early love of Stan. However, she is sexless. People generally find her attractive.

She is clad in odd garments, varying from appearance to appearance, and almost resembles an elf. Her body language is soft and non-threatening, which is useful to lure her food close to her.

Lyekka’s personality is formed from Stan’s dreams, from which she somehow manifested. She really likes Stan too. But because of her being a plant, though, there could never be anything else between them. And his friends are her friends too.

She seems to enjoy spending time with Stan when she isn’t yet very hungry. Her thought patterns are somewhat different and alien.

Although she usually rests inside her pod, she comes out when she is hungry. When hungry her instincts focus almost completely on finding food, but she is still courteous and civil towards anyone she meets. She never nags about being hungry and having to eat, but bides her time. But if she gets “very hungry”, stay clear. Good plant, good plant.

Once the pod has been left she is in a constant state of hungriness, and the hunger increases over time. While she refrains from eating people that she likes, she gladly eats additional passengers on board of the Lexx or people on the planets that they visit. There is no malice in her actions. She simply eats because she has to do so to survive.

It is possible to temporarily persuade her into not eating someone. But a replacement better come along soon or she will eat them later on anyway. And While she doesn’t want to eat her friends, she will eventually do so if no other food sources are available within a reasonable amount of time (usually days).

She usually notes that some people look yummy and the like, which the target usually misunderstands.

Lyekka is kind, charming and soft towards all people. One exception is those that have hurt her or her friends – and she immediately senses a person’s motifs, character and emotions! This is part her personality, but also part of her game plan to lure people into becoming her food.

Since humans never really give her permission to eat other humans, she usually isolates her target. She then charms them to get them relaxed or excited about her (in DC Heroes RPG terms, getting RAPs on her Persuasion). This is actually very important for her to be able to properly enjoy her meal. Perhaps the food tastes better if they are in a state of bliss as she eats them.

She eats by simply touching the food, which results in the person experiencing their fondest dreams as powerful mental hallucinations (Mental Illusion). This is followed by their immediate disintegration and a guiltless meal to Lyekka (Vampirism). She then licks her lips and happily returns to rest in her pod.

As such, there is also a unashamedly murderous side to her, although she doesn’t see that herself, only going for her own survival.

She does value the friendship of the crewmembers of the Lexx. Lyekka usually stays clear of Kai as she doesn’t like dead things, although they effectively did fight Mantrid’s troops together. Xev then, is a human, and possible food, but only as a last resort as she is Stan’s friend.

She has probably never spoken to the robot head of 790, and has no interest in artificial creations.

There is also something slightly valorous about her. Once Mantrid drones destroyed her resting pod, thus dooming her to die, she chose to shorten her life further by sacrificing herself for the crew by helping defeat Mantrid. She died, but came back again much later and in another universe, with her personality intact and happy as always.

It seems she can return to life several times as long as Stan dreams of her and her type of space plant is growing in the vicinity.

“You look really tasty. I want to eat you.”

Lyekka: “I am hungry.”
Stan (pointing at some worms on the ground): “I bet those taste good.”
Lyekka, not agreeing, simply smiling and pointing at a group of women.
Stan (wagging his finger): “No, no, no, no.”
(Lyekka eats them later on anyway due to lack of other food sources.)

Also, given the high technology level, the LEXX with crew fits well in the Legion of Super-Heroes era, or even better directly after one the major world wars to have preceded that era had ended. An era that was until then ruled by the tyrannical Shadow, ruling many of the planets to later form the United Planets network.

Drawbacks:
Forced Exile (Dark Universe, after the 2nd season only), Innocent, Fatal Vulnerability (Lack of periodic rest inside her pod).

Equipment:
Resting Pod [BODY 03, STR 03, Cling 04, Regeneration: 04, Suspension: 22, Limitation: Cling may only be used to attach it to a roof, where it can slowly grow. Note: Lyekka usually rests inside this pod, and needs to go out to eat when APs of Suspension are used up. The pod, with its Regeneration power, has once, as a complex subplot, resurrected Xev.].

Lyekka is a carnivorous plant of humanoid form. She really likes to eat humans.

Simply by touching a humanoid, she mentally grants the person her fondest wish (Mental Illusion) and then eats her in one gulp, which simply disintegrates the food (Vampirism; if the target’s current BODY condition is reduced to its negative value).

She usually charms the target before eating him/her (Persuasion w/ Attractive). When hungry she usually has to eat up to three or four people before being sated.

Lyekka usually rests inside her pod. However, she needs to go out to eat when the pod’s APs of Suspension are used up, and can only return for another resting phase once she has eaten enough.

Of course, if she doesn’t get to eat, she will die like everyone else. She needs the pod to survive, and will slowly begin to die if the pod is unusually or destroyed. For more details, see the Powers section. 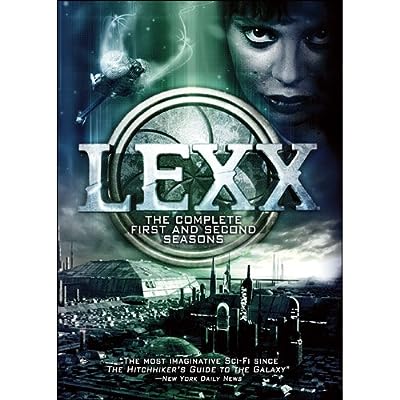 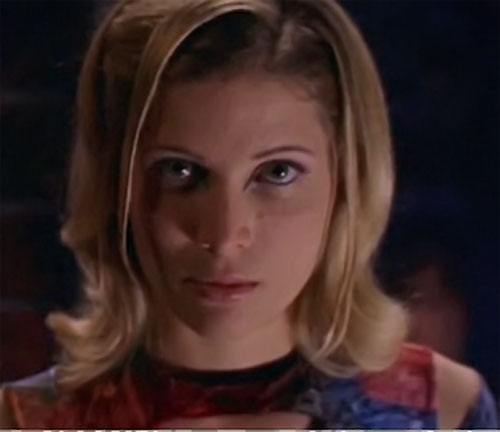 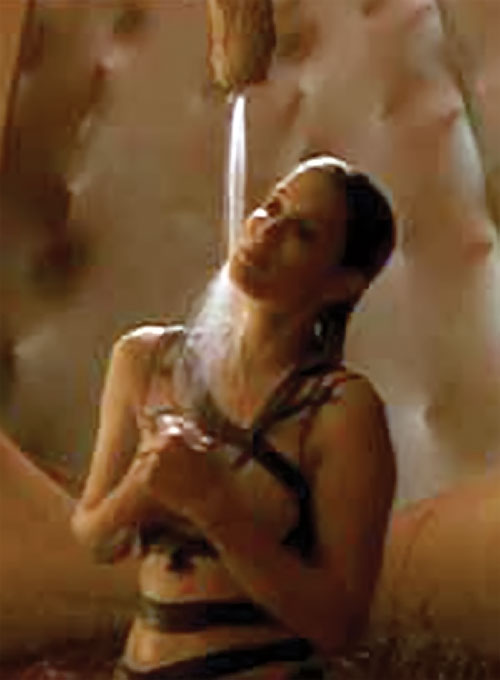