Ma and Pa are ordinary farmers, with skills and abilities typical of small American towns.

They are also incredible human beings. Not only are they bastions of moral rectitude and humanist values, but they are also incredibly understanding, patient, warm and able to quickly establish a deep, respectful rapport with anybody. They both fit the traditional definition of a mensch  to a T.

Jonathan Kent and Martha Clark both grew up in the quiet community of Smallville, Kansas. Jonathan lived on the family farm. He became a farmer himself. Jonathan and Martha knew each other since childhood and fell in love. While their friends and family assumed they would get married someday, Jonathan did not actually propose.

Then Jonathan left Smallville to serve in World War II. He was stationed in the Pacific and was reported missing in action. The people of Smallville assumed Jonathan was dead. But he actually was being held captive in a Japanese prison camp.

In Jonathan’s absence, the head of Smallville’s richest family, “Old Man” Fordman, put pressure on Martha Clark’s father. It was an attempt to gain control of the Clark’s General Store. Fordman’s son Dan thwarted the attempted takeover, and after his father died, proposed to Martha.

Apparently Martha knew that Dan Fordman was dying of lung cancer and she felt sorry for him. With Jonathan gone, Martha accepted the proposal, and married Dan Fordman.

Jonathan finally returned to Smallville after learning of Martha’s marriage. Martha explained that Dan Fordman had had lung cancer for years, though it was now in remission. Fordman told Jonathan that he knew that the cancer would eventually kill him. Telling Jonathan that Martha deserved better than marriage to a dying man, Fordman asked Jonathan to take Martha away from him.

Although Jonathan was still in love with Martha, he was shocked by Fordman’s suggestion. But not long afterward Fordman died in Martha’s arms. He asked her to build a new life for herself.

Ten acres and no mule

Martha had asked Fordman not to leave her any of his money, although he did bequeath to her a ten acre area of property that she liked. Six months after Fordman’s death, Jonathan proposed to her. They were married six months later.

Jonathan and Martha’s marriage was a happy one. Jonathan worked contentedly on his own farm. But they never had any children of their own. After Martha’s third miscarriage, her doctor advised her not to try to have any more.

Up in the sky

As if in answer to their prayer, one night a year later Jonathan and Martha saw a bright light falling from the sky. Investigating, they found a spacecraft with a baby inside. Jonathan suspected, correctly, that the baby might be from another planet. But since the infant looked entirely human, he and Martha decided that he was an Earthborn baby who had been subjected to some insane experiment.

The Kents decided to raise the child as their own and named him Clark, after Martha’s maiden name. The Kents’ isolation on their farm that winter enabled them to convince their friends months later that Clark was their natural child.

Clark had actually been sent to Earth by his true father, Jor-El, from the planet Krypton just before its destruction. Clark had no superhuman powers as an infant, but as he grew older he began to develop them, much to the Kents’ astonishment. They kept Clark’s unusual abilities secret.

Last son of a doomed planet

After a football game during which the boy took unfair advantage of his schoolmates, Jonathan took Clark to the site where the spacecraft lay hidden and told him how they had found him as an infant.

Jonathan told Clark that he had been given his great powers for a nobler purpose than to win in sporting events. Stunned by the revelation of his true origin, Clark decided to devote the use of his superhuman powers to the good of humanity. Clark soon left Smallville, after revealing the secret of his superhuman abilities to his closest friend, Lana Lang.

Clark spent the next five years mastering his powers. He secretly used them to help other people, to save lives, and to prevent disasters.

He was finally forced to use his super-powers in public in order to prevent the crash of a NASA space-plane. Mobbed after the rescue, Clark fled before he could be identified. He went back to Smallville to seek guidance from his parents.

Don’t tug on it

Inspired by the costumed super-heroes of the 1940s, Jonathan Kent came up with the idea that Clark should adopt a costumed secret identity.In this way, he could publicly use his powers for good. Clark and his foster parents thus devised his new identity of Superman. That was the name that reporter Lois Lane, who had been aboard the space plane, had given her mysterious rescuer.

It was Martha who created Superman’s first costume, using Clark’s own suggestions. Clark and his foster parents also decided on the ways in which Clark would conceal his resemblance to the unmasked Superman, such as by wearing glasses.

Ever since, Jonathan and Martha Kent have been valuable sources of emotional support for Superman. They are his most trusted confidants, to whom he can always turn for advice and understanding.

The Kents are genuinely good, self-sacrificing people with a strong sense of morality. They brought Clark up to believe just as strongly in their system of moral values, thus enabling him to overcome the temptations to misuse his enormous power. More than anyone else, Jonathan and Martha Kent are responsible for Superman’s becoming the greatest hero and champion of justice on Earth.

In more recent years, Clark entrusted the Kents with the protomatter entity called Matrix. The Kents preferred to call her Mae. They raised the confused alien as if she was their own daughter. They also helped her weather various episodes of identity confusion until she adopted the identity of Supergirl.

They grew nervous when Supergirl began dating Lex Luthor II but still remained supportive of her. When she and Luthor broke up, she was able to turn to her “parents” for comfort and centering.

When Mae fused with a dying human, Linda Danvers, the Kents were instrumental in helping Danvers’s parents accept the two families’ daughters becoming a single entity. They also housed Superboy for a time, although the Teen of Steel was a much more modern kid than either Clark or Mae and had trouble adjusting to life in Smallville.

Pa is quick with a joke and loves the lifestyle he has created. He is something of a workaholic despite his age, and proud (but never pompous) about his accomplishments.

Ma is a generous and loving woman, quick to offer remarkably sensible words of support or advice. She cares for her husband, making sure he doesn’t work too hard and that he always has a full glass of lemonade.

Both are pretty much perfect parents for both Superman and Supergirl. Deeply caring without being invasive, and always offering and receiving heartfelt support to the incredible creatures they have lovingly raised.

“So let’s talk about Supergirl, Sylvia. Mom to mom.”

“We can talk about Linda, if you’d like. Or anything else on your mind. I guess your wife is your major concern at the moment.”

Both Kent spouses are pretty much ideal parent figure. Their personalities resonate extremely well with people who have psychological issues relating to their mother and/or father – like Batman or Supergirl.

When attempting character Interaction with such people, the Parent Figure Advantage allows the Character to lower OVs by one CS. Technically this could be considered an Attack Vulnerability of that person, but it’s simpler that way.

By Mayfair Games and Sébastien Andrivet. 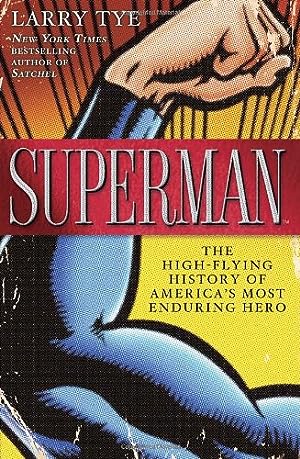 Superman: The High-Flying History of America’s Most Enduring Hero