This humanoid combat mecha  was spotted in a 1996 issue of Azrael.

It looked like the sort of thing gamemasters would want stats for.

A M.A.C. unit is about 2.5m tall, and well-armoured. It can wirelessly dialogue with other systems on the battlefield, such as sensors. 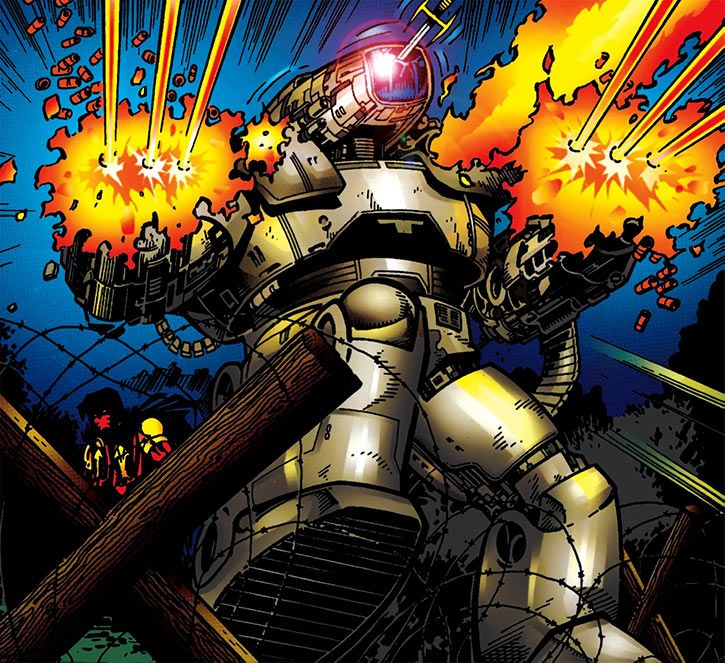 It is heavily armoured, packing :

M.A.C. stands from Microwave Activational Combatter. It’s a terrible acronym, but may have been intended as a marketing reference to the “Mac” prototype of G.I. Robot back during World War Two.

A M.A.C. prototype was developed by Carleton LeHah’s weapons labs for the country of Kravia. The prototype was deployed against Azrael (Jean-Paul Valley). The superhumanly fast Azrael outmaneuvered the mecha and had it step into a minefield, promptly defeating it. 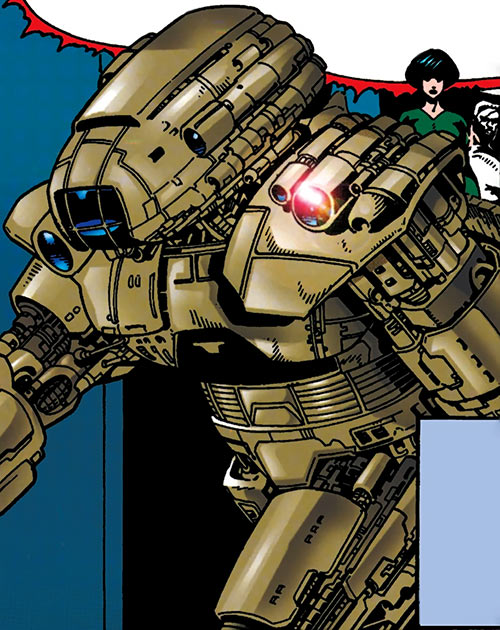