Mace is a hardened, armed street type. She is a pretty good gunfighter, being mobile and courageous.

She thinks she’s as good as any action hero on the big screen. Being a somewhat big fish in her little pond, she lacks exposure to genuinely badass weapons experts like Cinnamon. This inflated image of her own abilities may explain part of her courage.

She is generally both quite athletic and charismatic, and has lots of willpower and strength of character. She is also a competent brawler, seemingly with some martial arts training (maybe tae kwon do).

Marisol Samuels is the daughter of LA criminal Jason Samuels. He was the wheelman for a gang of bank heisters. During one such heist, a US Marshall was killed right under the eyes of his daughter. The Marshall’s kid grew up to become the avenger Cinnamon.

Years later Cinnamon located Samuels in his home and silently challenged him to a duel. After Samuels bid farewell to the unsuspecting Marisol he honourably went outside, where Cinnamon killed him.

Thus orphaned in turn, Marisol eventually became a tough-as-nails activist. Located in some godforsaken ghetto of LA, she runs her own one-woman project. It is a squat for street kids, orphans and runaways. She averaged about a dozen kids living on her turf at any point. Mace kept them fed, more-or-less clothed and supplied with a small degree of education.

Eventually, Samuels heard about Cinnamon’s activities south of the border. But she lacked the skill to track her down on her own turf to get her vengeance. As a palliative, Mace travelled to Mexico for a few days. She openly asked about Cinnamon in many places before leaving.

Word of that quickly made it through the grapevine to Cinnamon. As Mace hoped it is Cinnamon who travelled to LA and found her. The avengers arrived one day in front of Mace’s “orphanage”. She challenging her to a duel to the death.

As her nickname would hint toward, Mace is rough and direct. She has no issues with frontal confrontations and deadly violence. Though her grammar is terrible, she has ample street smarts and a lot of experience for her age.

She’s charismatic and she knows it. This further encourages her to tackle problems head on in a brazen way. While she is reluctant to kill, she will not hesitate if she has to shoot in self-defence or to defend “her” kids.

Mace’s chief drive in life is caring for her rag-tag illegal shelter for abused kids, and putting some common sense into their stupid heads. She does not have a lot of education herself, but at least she can teach them how to survive, be autonomous and get somewhere in life.

“Drop the knife or I drop you.”

“She don’t work for you no more, Nicky… so you and your bodyguard walk away, and stay away !”

Drawbacks:
MIA toward rescuing street kids and orphans, Misc.: Although Mace doesn’t have a full-blown Mistrust, she has a terrible relationship with various child protection services due to her activities and steers clear from the police. 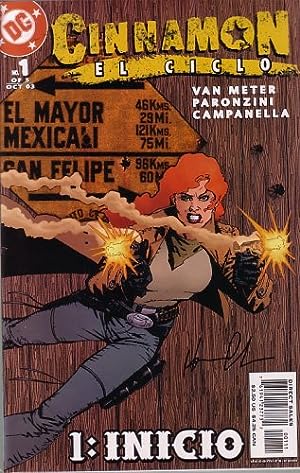 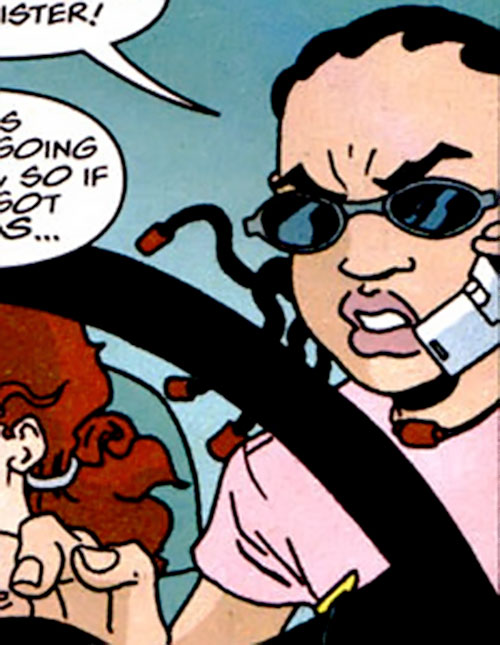 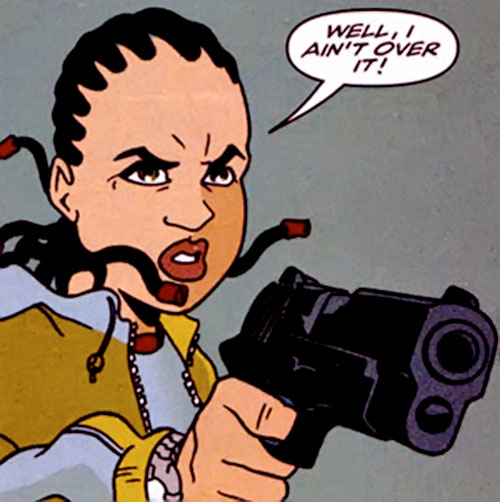