The Mace is a big tough thug with a flair for violence. He carries an electrified mace with which he is very proficient with. He designed and built his special weapon.

His olfactory senses are superhuman in acuity. This has always remained unexplained, perhaps it is a minor mutant ability.

Theodore McIntyre was serving time for assault with a club and theft of his victim’s wallet. In prison he built his prototype mace in machine shop (between fights) and used it to escape. He became The Mace, dropping his McIntyre identity forever.

Over the years he has made vast improvements over his original model.

Mace likes hitting people, particularly his opponents. He has a tendency to pick the first person who attacks him in combat, tracking the person down and beating him half to death. 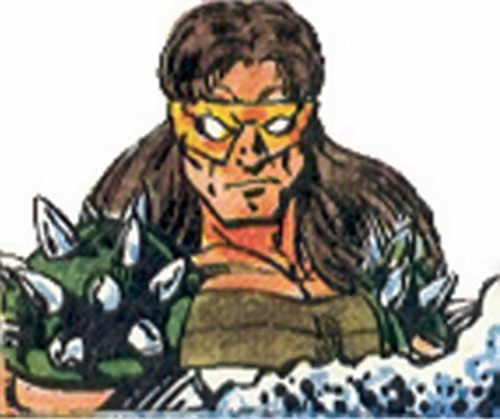