Machete is a powerful athlete, and an expert with swords and knives. He carries two 3-foot, broad-bladed machetes with stout handguards, and a variety of specially manufactured knives. His close-combat skills are quite impressive, and he can engage even world-class fighters in a duel (though he probably will not win such a fight).

He originally wielded just one machete — it is likely Zaran taught him to dual-wield. He always was a fine knife-thrower, though. During his first clash with Captain America he used his chakram-like buzzsaw blades to cleave through Cap’s shield’s straps while Cap was holding it.

Machete’s magnetic gauntlets have so far been solely used to recover a weapon after he had been disarmed.

Ferdinand “Machete” Lopez comes from the war-torn South American nation of San Diablo. He is an officer in the local revolutionary forces. He became an international mercenary to help fund the cause.

His early career has not been documented, though he has boasted that he never failed. This may have been true, since he was eventually recruited by the French mercenary George Batroc, along with Maximilian Zaran the Weaponmaster. This trio of highly skilled close-quarter combatants had good chemistry, and proved to be the most successful version of Batroc’s Brigade.

He came back with Zaran. They succeeded when Zaran separated Cap from his shield while Machete briefly took Nomad hostage.

However, while Batroc was celebrating with Zaran and Machete, the three drunk men quarreled over whether Batroc himself could take Captain America. Batroc leapt into action and found and challenged Cap as the other two followed him.

The drunken Batroc was no match for a sober Captain America. But the prideful Frenchman struck a deal with Cap where he would give the name of his current employer (Obadiah Stane) in exchange for a free shot at Cap so he could defeat him in front of Lopez and Zaran.

While the ’free‘ kick was powerful enough to briefly make Batroc fear he had killed his opponent, Cap came back and knocked him out. Machete and Zaran, still mostly drunk, riffled Batroc’s pockets for their winnings, then fled. Cap eventually recovered his shield from Stane.

Further cases of the Brigade

The Brigade was then hired by criminal archer Trick Shot to confront his former pupil Hawkeye in Paris. During the fight Hawkeye got lucky as he threw a sleeping gas arrow by hand, and took Machete out. He and the others were captured by Silver Sable and handed over to the French police.

Some time later, Batroc’s Brigade was hired by Helmut Zemo for a long quest to recover the Bloodstone Gem. Machete and his two colleagues managed to steal the skeleton of Ulysses Bloodstone and the gem embedded in its sternum. They then disposed of the spying Diamondback (whom Cap soon rescued).

However, during the next leg of their adventure, they and their employer were captured by a ferocious hidden Incan tribe in Brazil. These natives soon also captured Captain America and Diamondback. Cap managed to escape using his unbelievable strength and prowess, saving them all.

In the confusion Zaran pried open his manacles with a stray spear, and Zemo and the Batroc Brigade escaped from the Incans with the Bloodstone fragment they were after.

On a roll, the Batroc Brigade managed to recover yet another fragment from a jetliner that had crashed in shallow waters, using SCUBA suits. They succeeded despite Captain America’s interference. Batroc even used one of Machete’s blades to save Captain America from ravenous sharks. However, they were then duped by Diamondback, who stole their accumulated fragments.

After one more clash with Cap and Diamondback in Egypt, the Brigade recovered the last fragment in Tōkyō. There they fought a martial arts cult who had been using the gem as a mean to resurrect their fallen.

Eventually, the Brigade found themselves on the traditional lost island with an exploding volcano. Zemo began to use the power of the Bloodstone to resurrect his father. Between the supernatural fireworks, the walking dead, the exploding volcano, a demented Zemo and Captain America, Batroc’s Brigade prudently decided to leave.

My brothers will avenge me

Machete was reportedly killed by Zeitgeist, acting under the orders of Doctor Faustus. Zeitgeist’s death toll reportedly included other South American costumed adventurers such as Forsa, Defensor and La Bandera. This was only mentioned in passim in a letter page column, though, and should be taken with a large grain of salt.

Some time later, a man who was thought to be Ferdinand Lopez was accidentally killed by the STARS law enforcement unit led by USAgent, while smuggling alien mind-control implants for HYDRA. But the corpse of this Machete was soon identified as Ferdinand’s brother Alfonso.

A third Machete, in a similar costume but wielding more weapons, was later hired by Batroc’s Brigade. He might gain a profile of his own if I can be arsed . This man, Mariano Lopez, clearly stated that he was a brother of the original.

Machete has long black hair and a long moustache. He wears gray boots, green fatigues and a green and gray flak jacket, along with yellow gloves. He also carry numerous sheathed blades.

Actor Danny Trejo has played unrelated characters called Machete (and even started his acting career the same year as Ferdinand Lopez appeared), and these characters look somewhat similar. So I suppose you could easily cast a younger Trejo as Machete in your campaign.

Machete tends to be overconfident, macho and brutal. He has a bit of Spanish accent and grammar, though this is mostly evident when he’s drunk. He likes beautiful women, but he’s not unrealistic or creepy about it. Machete prefers to kill his opponents, but Batroc objects to this so he often won’t.

Machete a disciplined mercenary (though he complains the people hiring him are, somehow, always insane). When he’s bored he whittles wood with his blades.

“I call myself Machete. And my services have been hired. When my task is complete, I shall return to my native country — and, with the fees I have earned, I will help my brothers in their revolt.”

“I am surprised, Captain — that you have not heard of Machete’s prowess ! For Machete has never failed !”

Machete is a national from Hasaragua, the same country were Brutale (Nightwing’s enemy) worked as a torturer. As a revolutionary, he travelled to Blüdhaven to kill his old enemy and replace him as one of Blockbuster’s henchmen, sending his earning back home.

After Blockbuster’s death he joined Batroc’s Brigade, preferring life as an adventurous mercenary to being a mob enforcer.

Machete’s Flashing Blades’ Schtick allows him to freely substitute his relevant Weaponry (melee) AV for his OV against melee attacks and slow-moving projectiles (such as thrown weapons and arrows), as long as he’s using a corresponding melee weapon. During any Phase in which this protection is active, it consumes an Automatic Action — he needs to whirl his blades around.

Machete has taken this Schtick with swords — it will thus not work if he’s holding any other weapon, even knives which are in his custom Subskill. On the other hand, he can raise his AV by one AP by using his Paired Swords Schtick.

This in turn means he can raise his OV to 09 if he has two swords in hands, consumes an Automatic Action and is using his Paired Swords Schtick to increase AV during that Phase. 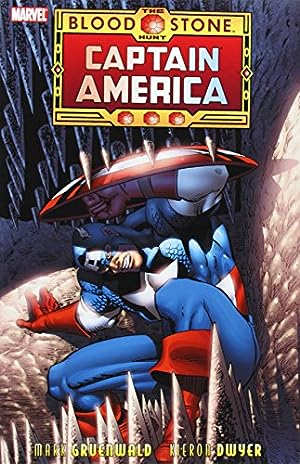 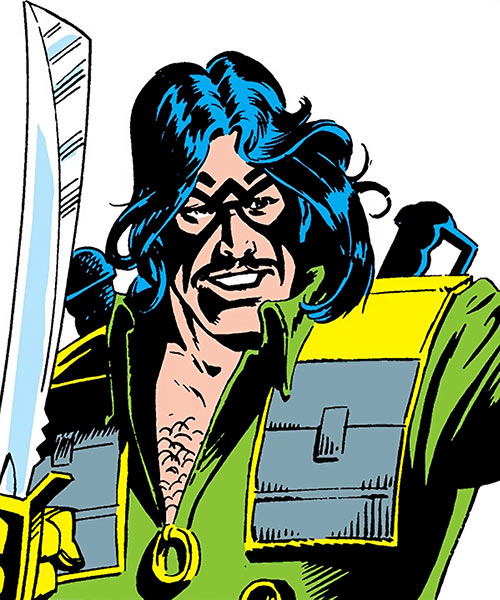 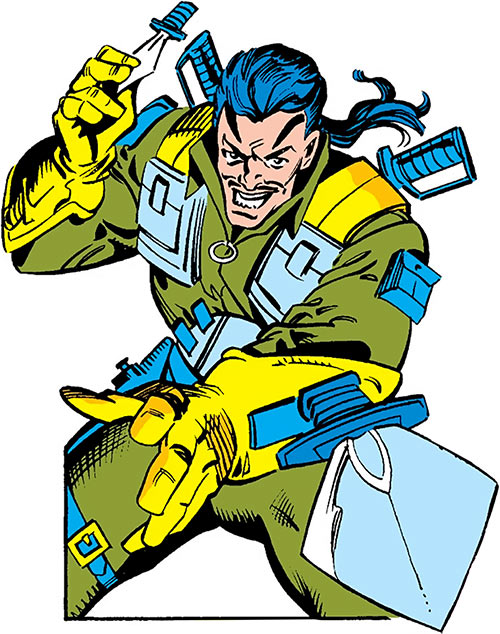