The Mad Max series started as a low-budget Australian movie starring Mel Gibson. The hero was a police officer somewhere in the outback as society went through its final collapse. The exceptional cinematography and world-building, and the charismatic lead, resulted in a series of movies. These were highly influential in the post-apocalyptic genres.

This compact character profile covers the character in the original trilogy – the films came out in 1979, 1981 and 1985. It was was written years before the fourth movie, Fury Road.

Max Rockatansky, aka Mad Max, is a veteran elite policeman. As such, he knows the skills required to enforce the law, such as interrogation, etc. He is an excellent weapons specialist and hand-to-hand combatant.

He also has good mechanical aptitude, a good hand with animals and knows how to sneak around, pick locks, etc. In the wastelands, Max skills as a driving “highway knight” are without equal.

After a nuclear war in the near future, much of Australia had fallen into anarchy. There were still places where civilization continued on, albeit under higher circumstances of urban decay. The highways between the cities were the worst, with marauding gangs engaging in all sorts of brigandage.

Max Rockatansky was the finest cop on the Main Force Patrol, a special unit assigned to policing the highways of the outback. The MFP frequently clashed with the thugs living on the fringes of society, the worst of them running in a gang led by the infamous Toecutter.

When Max’s friend Goose was killed, Max decided to quit the force. His friend’s death had put him in fear of dying and never seeing his family again. Even more importantly, Max was afraid that he was starting to like working on the edge a little too much and would become as bad as the men he chased if he continued.

In a horrible coincidence, Max and his family ran into Toecutter while on vacation. Toecutter’s gang killed Max’s son and left his wife in critical condition. Insane with grief, Max went on a rampage. He stole the V-8 and hunted down Toecutter and his gang, killing every last one of them (Mad Max I).

His revenge complete, Mad Max lost himself in the no-man’s-land of the Australian wastes, where even the cities were bombed-out ruins and people either lived in primitive settlements or as part of nomadic vehicular gangs. On the highways he learned to live again, and helped fend of barbaric roadster gangs, such as the one led by the infamous Lord Humungus (Mad Max II).

Later on, after he’d lost his car, and had lost all his belongings altogether, he entered the trading community known only as Barter Town on foot. Here he involuntarily entered a gladiatorial fight against the monster known as Blaster (from the duo of Master and Blaster, the MasterBlaster) in the Thunderdome.

He later had to participate in the liberation of the town from the control of Aunty Entity. Max then saved, together with a turned Master (Blaster had been killed for his failure to kill Max), a community of nomadic children, the Children of the Earth, and placed them back in civilization (Mad Max III).

The remarkably old-school trailer for the original movie. 1979 was a long time ago.

Max has varied in appearance several times depending on which era he lives in. In civilized times when he was a police officer he wore a police uniform with a militaristic streak. 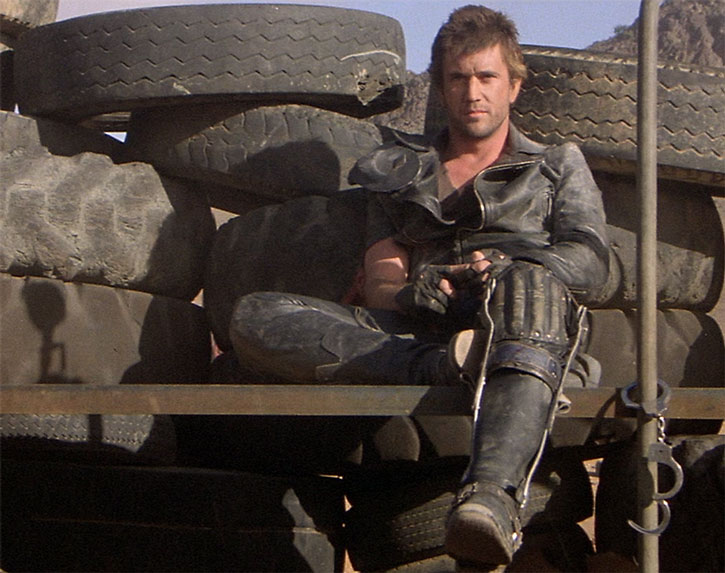 During his road warrior days he wore studded leather over the entire body except arms and head in the form of a jacket, trousers and boots.

In his Thunderdome days he wore a gray robe beneath which were his old leather clothes.

Max himself is a well-trained, quite tall man with a strong, lean build and brown hair (length varying) as well as blue eyes. Most often he also has many days of stubble. He looks like a wanderer or a biker.

Since the death of his family Max has become very bitter and cynical. It seems he won’t allow himself to live a normal life since he failed to save his family from getting killed. Usually he keeps quiet, but may take a more active role if needed. He looks for a deal in everything, but may help women or children for free. He also doesn’t kill innocents.

Max is also rather paranoid (a must) and always is well-prepared for the worst, carrying tons of weapons. Not being very talkative he instead spends time on being perceptive. 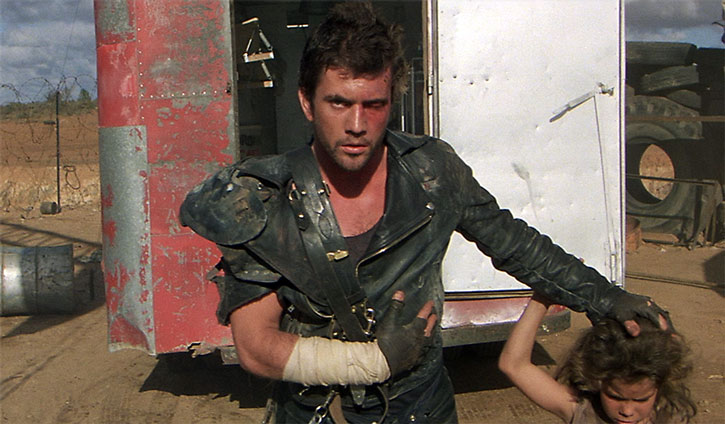 Max loves fast cars and engine work, and will spend his spare time in the garage if that is possible. Talking about cars is also a good way of getting his attention, and it might be possible to bribe him by offering his a good land vehicle as payment for something.

Also, if somebody were to take his dear V-8 Interceptor, he is very likely to go looking for it, even if he knows that a setup/trap is waiting for him.

Max appears to be a mysterious and dirty stranger, another Wasteland scavenger if you will, but has a low enough profile not to be noticed in a crowd, unless he makes a display of his skills. In this case people in that area will usually respect him and his ’power‘. This is lucky since his persuasion skills seem to be really bad in themselves; his skills compensates for this.

Being noticed might give him unwanted attention or, in the best case scenario, some new work.

The also dated, but markedly less so, trailer for the second movie. 1981 is curiously closer than 1979.

(On quitting the MFP): “It’s that rat circus out there. I’m beginning to enjoy it. Look, any longer out on that road and I’m one of them, you know ? A terminal crazy. Only I’ve got a bronze badge to say I’m one of the good guys.”

“Two days ago I saw a vehicle that’d haul that tanker. You want to get out of here, you talk to me.”

Rather tough to put Mad Max into the DC Universe. A necessity would be a special “Apocalypse Genre” where this type of worlds exist. Max is really the archetype of a survivor and would fit his best in such a game. Maybe he could also be placed in the future world of DC where Kamandi exists ?

Mad Max (at the end of Beyond the Thunderdome)

Bonuses and Limitations:
Gadgetry represents mechanical knowledge and may only be used with various Land Vehicles (-1).

While still a member of the Main Force Patrol (Mad Max I), Max was less experienced and efficient than currently. His DEX was set at 5 APs, and his WILL/MIND were set at 6 and 5 APs, respectively. HP was down to 25 HPs. His Wealth was up to a full 4 APs, though.

During this period of time he only had the Drawbacks Dependents (his son and wife) and Unluck. His only Advantages were a Pet, Iron Nerves and Lightning Reflexes. He did also, however, have the Local Hero Advantage during this time as the most publicly recognized officer of the MFP. 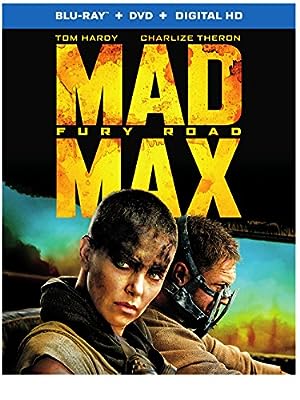 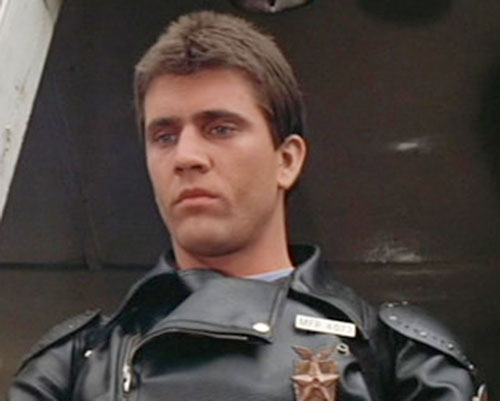 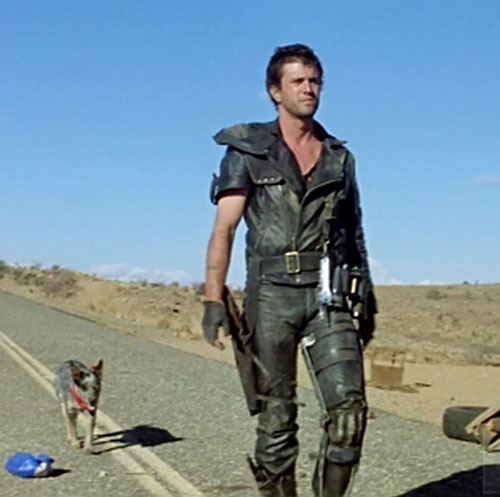 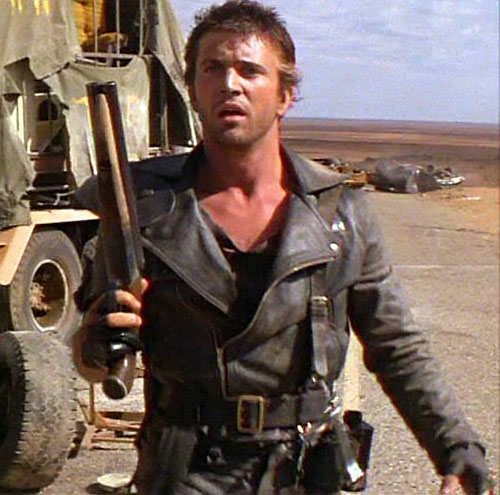 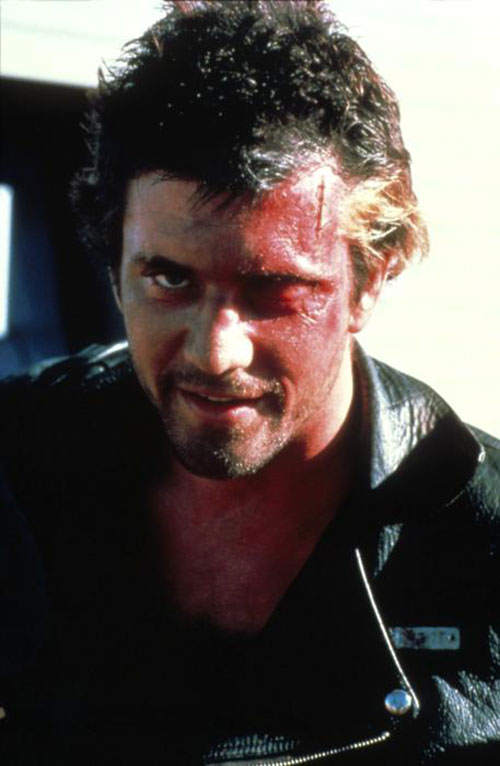 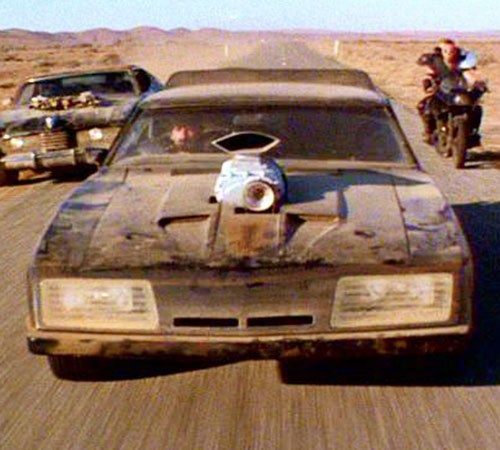 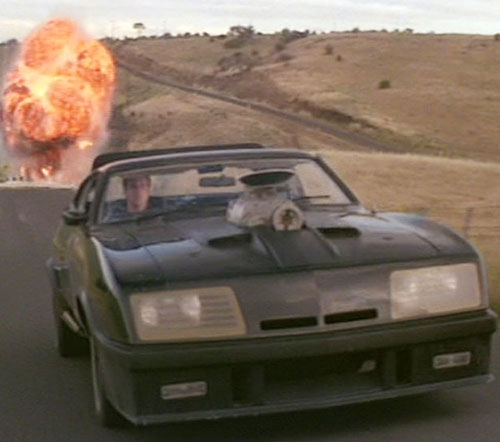