The Thinker, as his name implies, as tremendous mental abilities. His intellect is remarkable, and he can perform stupendous mathematical feats unaided. Extracting large square roots, handling complex numbers, solving differential calculus and any mathematical nightmare you can design is solved in a flash of brilliance.

The Thinker is more than a match for any existing computer, and can beat most CAD programs. His memory is absolute.

The Thinker knows two flaws. While he can crunch probabilities to the nth place, and predict anything :

His abilities with mathematical models make him the functional equivalent of a psychic, as explained in the game stats section.

The Thinker has implanted in himself a “bionic radio”. It allows him to download his consciousness with great speed to any suitable storage – a proprietary format he uses in most of his androids and creations. Imprisoning him thus does very little god, since he’ll just jump into a ready android an continue with what he’s doing.

Even the most highly advanced prisons such as the Vault seems utterly unable to jam, or even detect, bionic radio signals.

Prison life doesn’t bother the Thinker in the slightest. He has Spartan tastes and prefers solitude, and thus actually prefers to work while imprisoned.

The Thinker is an enigma. This criminal genius led a highly successful career for years, his brilliance being too much for law enforcement to handle. Few even suspected his existence. In fact, he would have seized control of New York City (making it an independent nation under his rule) were it not for the superhuman brilliance of Reed Richards.

Still, the Thinker managed to put New York in his pocket, disperse the FF (then the only superhumans in town), gain access to the Baxter Building and memorize all of Richards’ secrets before being defeated.

The Mad Thinker (he calls himself the Thinker, the “Mad” prefix being added by the media) since encountered various superheroes. These were the only force capable of defeating him – mostly high-level adventurers such as the Avengers, Spider-Man, Iron Man and such.

He once even conquered the world with Egghead and the Puppet Master, and has proven himself a master builder of powerful androids.

The Thinker has become wiser through the years, and his lust for power has cooled down. In fact, he once went as far as advising the New Warriors. He may grow to fill the role of a neutral sage instead of a villain.

However, his thirst for cutting edge knowledge can easily drive him to commit vile acts. One example was kidnapping Franklin Richards to read all his subconscious memories about his father’s experiments in order to salvage Mr. Fantastic’s genius (that was during a period where Richards was believed dead).

The Thinker has appeared less and less dishevelled and wild-eyed as the years went by.

The Thinker wants knowledge, and he wants it badly. He’s especially focused on extraordinary technology designed by the top geniuses on Eartth. He also likes power, perhaps solely as an intellectual challenge.

He is a mastermind, working from behind the scenes. His plans are always perfect, and only unpredictable actions by the hero can foil them. If a hero does not significantly deviate from his predictable modus operandi, the Thinker will easily win. He can hire, manipulate or build numerous hirelings and henchmen.

For a while the Thinker was getting wiser, and his calling became more that of a misunderstood, egotistical genius than a criminal genius.

Also, the Thinker is rarely ever surprised. Once set on a course he’s incredibly calm, collected and occasionally mean. He will only loses his cool when the X factor raises his ugly head once again in an infuriating manner (such as a random street kid with a skateboard and a ’fro having subconscious superhuman powers and being caught in his plans along with the Thing).

“I don’t like this. My androids should have defeated them long since. Something must have gone awry.”

Depending on your whim, the Thinker can range from very minor threat a la T.O Morrow, to a Superman-level threat. For instance, his first exploit may have been to break into the Fortress of Solitude and learn Kryptonian technology, making him a very nice opponent for Superman and a probable meddler in Luthor’s plans.

Possible niches are numerous. For instance, he could be used to bring to your post-Crisis universe the pre-Crisis Luthor madness such as the Galactic Golem or Bizarro or even, yes ! the green and purple armor.

He could also be a manipulative bastard advancing his plans by having heroes intervene against carefully crafted threats – the end result actually benefiting the Thinker the most.

Or he could invade a JLA base, capture all of the incredibly cool toys and become a recurrent JLA foe. Maybe build the Shaggy Man, too.

Also, the Thinker can be an excellent deus ex machina if you need one. Having the Thinker pop out of the woodwork completely unexpected, claiming complete understanding of everything that is going on, has already happened. Once. Since this can be very, very useful when everything has gone FUBAR, you may attempt it – once.

Equipment:
Sometimes use a pair of Hypnolenses, which look like light IR goggles [BODY 1, Hypnosis: 10].

Has also on occasion wielded exotic energy guns, which usually where lying nearby in his lab, but is no longer likely to do so.

I knew you would do that

The Thinker’s Precognition Skill simulates his abilities at predictive modelization – predicting the course a super-complex system will take after analyzing the data regarding its initial state.

For instance, when preparing a old-fashioned stickup the Thinker can extrapolate from gathered intelligence the most likely outcome regarding the reactions of the bank personnel, police, bank patrons, etc. Low probability events, such as one of the patrons being a superhero or the cashier being a suicidal werewolf ninja madman, are the X factor – intrinsically unpredictable events.

The Thinker’s predictions are so precise that, outside the general advantages conferred by being able to tell the future, he has an unusually large amount of HPs – which represent things falling neatly in place “just as he had predicted”.

The explosives charges are pre-calculated just rights, his henchmen are ideally positioned to intercept outside forces, his electrical force field has been calibrated with the perfect frequency, etc.

If his plan goes awry, all advantages of predictive modelization and the associated Dumb Luck become useless. When the Thinker’s plan goes awry due to the X-Factor, he no longer access his HPs or use Precognition (this is represented by a Misc. Drawback worth 20 points). The GM is the sole authority that estimates when events are sufficiently unlikely to be called an X-factor.

A good rule of a thumb is when the PCs act in an unpredictable, yet smart fashion. If the PCs act in predictable or only marginally original ways, it is very likely they’re still within parameters for the Thinker’s plan, letting him go on with his plan, HPs and Precognition.

We are the robots

The Thinker loves androids. If he cannot put his hands on somebody interesting such as the Vision, the Human Torch I or whatever, he’ll build his own. Writeups.org includes stats for the Thinker’s very first androids, usually called the Awesome Android, as well as a more recent example which we dubbed the Awesome Replicoid.

Typical, basic bruiser androids for the Thinker have the following stats :

In the past, such bruisers android have proven able, in sufficient number, to outwrestle the Thing himself. Feel free to design anything you need to defeat the heroes, up to and including the Amazo level.

When the Thinker is encountered, it will usually be an android replica of the Thinker housing his projected consciousness (via bionic radio). Traditionally, the Thinker’s bodies were not different, statistics-wise, from his flesh body ; just like the Thinker dresses in an entirely utilitarian way with no regard to style or frills, his bodies didn’t have bells and whistles.

In some appearances in the 90s he started to give his bodies some features – although he disliked it when people saw he indulged in such vain luxuries. 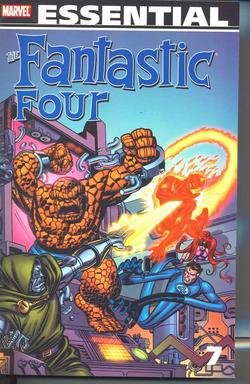 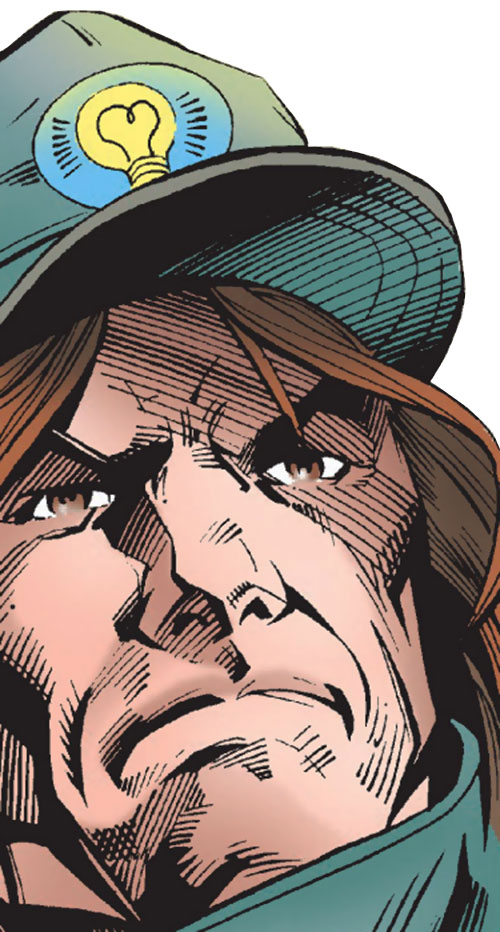