Madame la Morte appeared in Astonishing #4, in 1951. She thus would be super-obscure if Agents of Atlas hadn’t led to reprinting Marvel Boy stories from these years.

This is a/ a brief 1950s story and b/ she doesn’t actually do anything in it, really. So the game stats are mostly guesses.

Name of the risen

This Sicilian villain is inexplicably given a pseudo-French name in the story as “Madame la Morte” (no relation). An equivalent Italian name might be “la Signora Morta”, which is what I’ve used in the profile.

This Italian name is intended to sound as clumsy and as unlikely in Italian as “Madame La Morte” sounds in French. Both are something a little child might say, and both would translate roughly as “The Lady Who Is Dead” or “Mrs. Dead Lady”.

Italian writeups.org contributor Carmelo offered an alternative for people who would prefer a name that is a/in proper Italian and b/is not supposed to sound dumb. It’s “la Signora dei Morti”, roughly translating as “the Lady who rules over the Dead”.

La Signora Morta is a sort of vampire and necromancer. She likely could bite just like a traditional vampire. She can :

She is on her home ground in her catacombs, where she moves swiftly and silently and sees in the dark. However, she also seems unable to leave the Screaming Tombs. Or at least, she can only operate with great discomfort when outside.

According to the local and fictional Sicilian folklore, the person buried in the Screaming Tomb was a military spy and a brutal murderess from the days of the Roman Empire. In death she became a vampire – rising from her mouldy grave and terrorising the countryside for many, many centuries.

She apparently built a small cadre of zombies from foolhardy trespassers, whom she ritually executed and re-animated.

In 1951 American archaeologist and curator doctor Ryder, a few assistants and his daughter Starr came to explore the Screaming Tomb. Of course, they ignored the frightened warning of the locals. They entered the tombs and, after shooing off vampire bats, were captured by the vampire and her zombies. 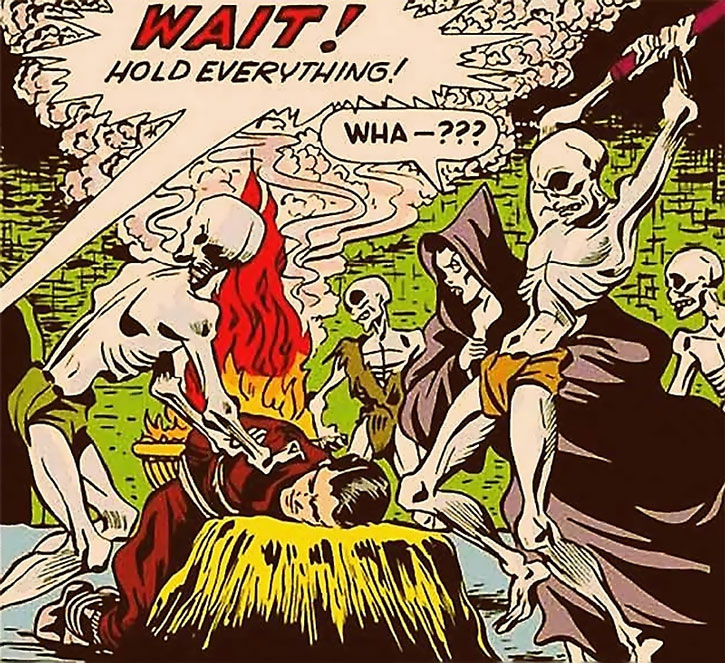 However Starr escaped. She warned her friend Marvel Boy, who flew in from New York. Marvel Boy entered the tomb with Starr to free her father and his friends before they could be zombified.

Marvel Boy was knocked out from behind by a sneaky zombie and the pair was captured. One of the zombies put on Marvel Boy’s bracers. Thus the hero took control of its mind, forcing it to emit bright beams of pure light that destroyed the nearby zombies.

Recovering his bracers, the hero from Uranus destroyed the rest of the zombies. He then chased La Signora Morta down one of the tunnels. She ran fast enough to hide into a coffin, but Marvel Boy incinerated it with his bracers, seemingly destroying the vampire. He then walled off the Screaming Tomb.

She spoke fluent English and could immediately recognise Americans, as Ancient Roman vampires are wont to do.

“Good evening, Americans ! It is good to look upon living, human flesh again ! Such nice, rich, warm blood ! It’s been so long — but that would not interest you — you will soon be one of us !!! Diablo, prepare the altar for our nice, red-blooded friends !”

She would have clashed with Starman after he retired from the JSA.

Drawbacks:
Distinct Appearance, Fatal Vulnerability (very bright light, though that can be mitigated by her hooded robes), Loss Vulnerability (Military Science and Thief drop to 02 outside of catacombs), Misc.: body mass is 1 AP, Misc.: It is possible that La Signora Morta cannot leave her catacombs.

La Signora Morta has about eight mummified zombies. These are permanent animations and she doesn’t need a specific effort to keep them active. Presumably creating those requires a specific Ritual, whose components include a freshly beheaded person.

Each zombie has the following stats:

Drawbacks:
Strange Appearance, Fatal Vulnerability (very bright light), Loss Vulnerability (+3CS to the AV/OV for all their Skills when outside the catacombs).

Equipment:
One of the zombies, named Diablo, has an axe – but this seemed reserved for ritual beheadings. 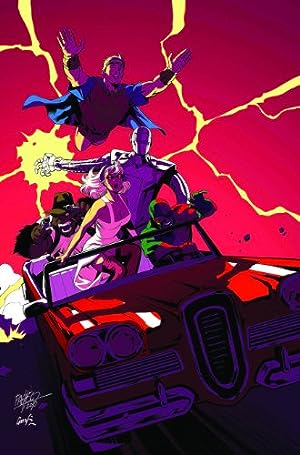 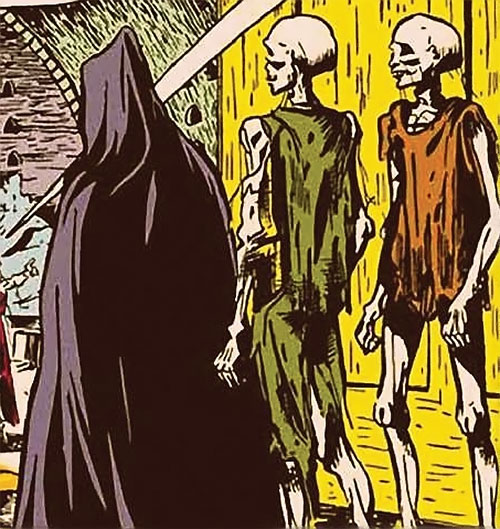 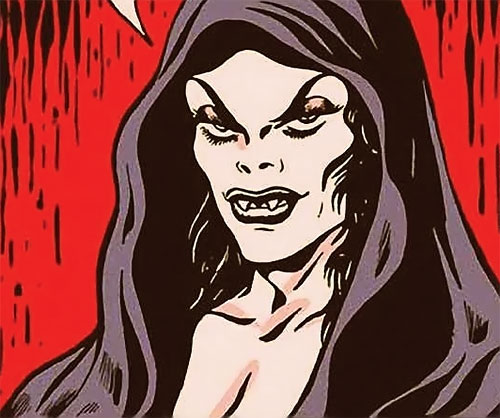 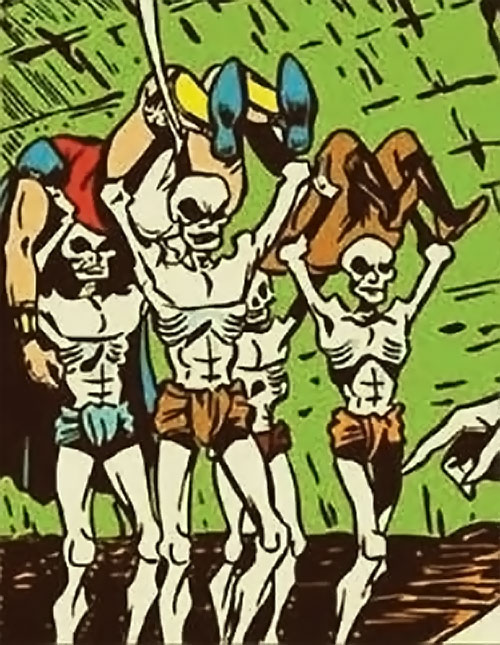