Is Marie FTP or FFI ?

The French Resistance was a complex system. It was made of different réseaux (“networks”) with varied goals, roots and tactics. Many networks were wary of each other, if not outright antagonistic. Many partisans took arms based on firm political beliefs, which ranged from ultra-nationalism to hardcore revolutionary Communism.

Marie being a woman with a large measure of authority among the Resistance, and her troops were among the best in the Maquis, she presumably headed one of the larger Communist networks.

Communist organizations were those who allowed women to have the most active roles and some authority, and had ample precedents in female leaders. Marie would almost certainly be compared to the famed Louise Michel , a poetess, writer, orator, armed insurgent and far-Left activist who died in 1905.

Historically there were some female Maquis leaders, such as Solange Alexandre (fittingly née Dubuisson). She was an early recruit of the Organisation civile et militaire network.

Communist cell-based networks had existed for a long time, mostly for political activism. They became a key part of the armed guerillas throughout Nazi-occupied Europe when Operation Barbarossa was launched in June 1941.

They were among the best organized partisans, and in France were generically known as the Francs Tireurs Et Partisans Français (“French Snipers and Partisans”), or FTPs.

Historically, the FTPs kept a distance from other networks, especially the right-wing ones. Among their frequent goals was building a Communist regime in France when the war would be over.

Howbeit, Marie is depicted as nonpartisan and respected by all. So she presumably took liberties with Moscow’s orders. This would be even more likely after the Red Orchestra  was destroyed by the Gestapo in the end of 1942, cutting off certain network from the Soviets. She practised an open hand policy toward non-Communist networks.

Such a policy would make her a close ally of General De Gaulle ’s envoy in France, Jean Moulin  (codenamed “Max”). Moulin remains famed for his courage and diplomatic skills, which allow him to fuse numerous networks together.

His most notable achievement was the MUR (Mouvement Uni de la Résistance, or “United Resistance Movement” – the word mur in itself means “wall”). It was a merger of the networks Combat, Libération-Sud and Francs-Tireurs.

After Moulin’s death those evolved through further mergers as the Armée Secrete (“Secret Army”) and ultimately the FFI (Forces Françaises de l‘Intérieur, or French Forces from the Inside – as opposed to the Free French forces in exile).

Presumably, on DC’s New Earth, Marie’s was one of the first networks Max contacted and became the spine of the MUR.

Marie is a brilliant guerrilla strategist, a superb markswoman and a brilliant hand-to-hand combatant. She is also a mistress of disguise and an excellent spy.

Marie was a French farm girl born at the end of World War One. The men in her family had gained renown as war heroes during the numerous prior conflicts. Her father and grandfather regaled her with the stories of their wartime exploits.

When the Germans poured across the border  (video), men such as Marie’s family were cautioned to surrender – this they could not do. Marie’s father took his gun and vanished, and father and daughter joined the Resistance. Marie’s father, however, was killed during an attack on a resistance H.Q. and died in her arms.

There are other French women who have been code-named Mademoiselle Marie. The current holder of the name is one Joséphine Tautin. It is generally assumed that the Resistance code name has become a code name used by French intelligence for selected female agents.

Actually, the roots of the Mademoiselle Marie identity are older, going back to the Comtesse de Mortain in 1830. A new Mademoiselle Marie has arisen whenever France was in need, perpetuating the tradition to the present day. Tautin’s writeups.org entry lists the known Mademoiselles Marie and their exploits.

There were several Maries during World War II. Guillot was simply the one best-known abroad due to her recurrent associations with Allied, and particularly American, troops during the closing months before V-E. It is possible that certain exploits attributed to Guillot were actually the work of the previous Marie, Simone Michel-Levy.

Marie carried on and became a major Resistance leader. Although the German officer Commander Von Ekt was tasked with capturing her, Marie and her network always eluded him, leaving them free to conduct their missions.

Marie was one of the leaders of the Battle of the Vercors , a large armed uprising in central France that diverted Nazi troops and kept them away from the landing of Allied forces in Normandy.

Mademoiselle Marie was close to the legendary American soldier Sergeant Rock, of Easy Company. They regularly coordinated their efforts and fought together. They were close friends and are widely believed to have been lovers.

After the war, part 1

Some time after Operation Overlord, as General Leclerc ’s tank division linked up with Resistance troops in liberating Paris, Marie was shot by a traitor in her own cells named Roget. She fell wounded in the Sainte Jeanne river and drifted downstream. As with many of the Allied heroes of World War Two on New Earth, her ultimate fate is uncertain.

The most credible account is that Guillot was executed in Fontevraud on the Seventh of October, 1944 after attempting to kill the Colonel commanding the Abbey of Fontevraud. This famous building, built in 1101, had been transformed into a prison by Napoleon I and used as such by the occupier in the 1940s.

It was a particularly harsh prison where many partisans died, and the Colonel was known as the Butcher of Fontevraud. When Guillot fell, a schoolgirl named Sabine Roth took the beret of the heroine and used the garrotte Marie had hidden therein to assassinate the Nazi officer. Roth would go on to become the next Mademoiselle Marie.

After the war, part 2

However, recent accounts indicate that Anaïs Guillot was seen in the US in 1976, where she was working as the French ambassador. She had a son in his early 30s serving with the US military. Those veterans of WWII who knew Rock were struck by how much Guillot’s son resembled Sergeant Rock.

The two accounts are not incompatible – it is possible that Marie somehow survived the failed assassination mission at Fontevraud, then discovered that she was pregnant. Since by tradition Mademoiselle Marie can only have one love — France — she may have decided to abandon the name.

If so she may have let Sabine Roth think her dead, to maintain the legend that no Mademoiselle Marie ever allowed herself to love when France was in danger.

Marie is a sweet, warm and caring young woman. Despite this feminine image, she also manages to be a deadly warrior and leader with iron nerves and great dedication to her cause.

The red beret is interesting. As far as I know, in the 1940s the only troops with red berets were British paratroopers who had served with distinction in and around Libya. Although a small number of Free French served in those regiments and earned the red beret, Marie probably wears the beret of a fallen British soldier.

Drawbacks:
Mistrust (from the German occupier and Vichy regime).

The above stats are for Marie as she appeared in Star-Spangled War Stories and other Sgt Rock comic books. Those abilities follow the conventions of the times – named White Hats are all crack hand-to-hand fighters, and can take a quad of German infantry all by themselves since they’re the good guys.

GMs with less cinematic campaigns interested in having a more down-to-earth, but still highly competent Marie can use the following stats :

Drawbacks:
Mistrust (from the German occupier and Vichy regime).

By Sébastien Andrivet – based on Ray Winninger for Mayfair.

Source of Character: WWII comics in the DC Universe. 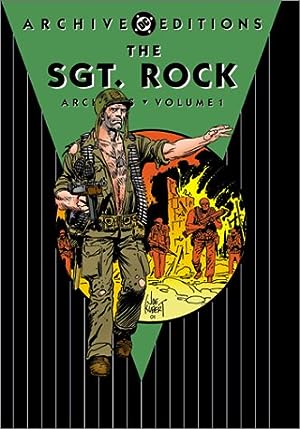