“A world where heroes come in all sizes and adventure is the greatest magic of all.”

The scoundrel of the 1988 Willow film, played by a young Val Kilmer.

Madmartigan is one of the greatest swordsmen of his world.

Both Madmartigan and Airk received military training. They thus are proficient with armor, weapons, and riding a horse.

With a sword in hand, Madmartigan has no equal.

He uses a two-weapon fighting style. One typical feint of his is a heavy blow that’s blocked by his opponent, which leaves them open for a secondary attack.

Madmartigan is a talker. A bullshitter if you will. He needs to be, with his rogueish lifestyle. Madmartigan is often in trouble and trying to talk his way out of it.

He knows how to pick a lock. 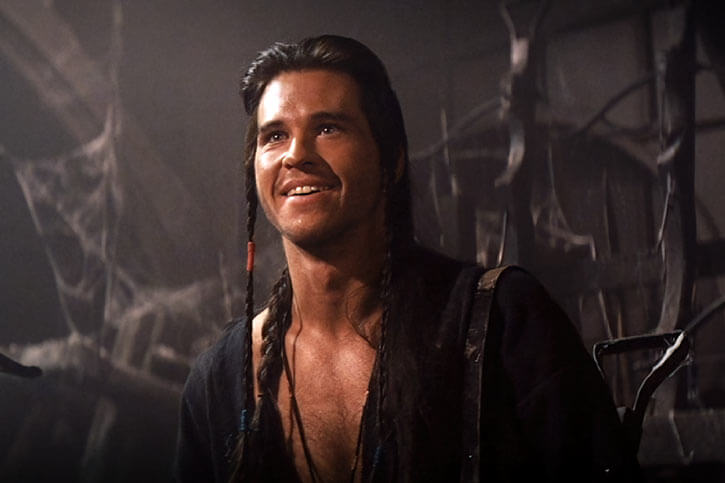 After some misadventure, Madmartigan found himself swinging in a crow’s cage at the crossroads.

A group of Nelwyns came by and made camp. Madmartigan stayed quiet and waited for an opportunity to grab one of them. He was literally dying of thirst.

When one of the Nelwyns, Willow, came close he grabbed him, threatened his life, and demanded water. But Madmartigan’s intimidation tactic failed.

Burglekutt, leader of the Nelwyns, noted that Madmartigan was a Daikini (human). And the small party had ventured out from their village to find one. They had discovered a Daikini child, and wanted to get her back to her own kind.

Willow refused to give her to Madmartigan. He obviously had done something terrible to be stuck in a cage.

But instead of arguing further, Burglekutt and company headed home.

Watching and listening allowed Madmartigan to try again. He played on their sympathies and was finally released and given the baby to care for.

He lost the girl as quickly as he got her. She was stolen by a brownie riding an eagle… I know, crazy, right?

Being free meant he was back to business. Madmartigan therefore paid a visit to one of his old flames. With her husband coming, Madmartigan cross-dressed as her cousin, “Hilda”.

The child of prophecy

At this point Willow arrived at the same tavern, having recovered the baby – Elora Danan.

Things changed for Madmartigan when he realized Nockmaar soldiers were putting all their resources towards finding this child. Knowing they only meant her harm, he fought to save her from capture.

Madmartigan tried a couple of times to break away and do his own thing. But, it seemed destiny was driving him towards protecting this special child. 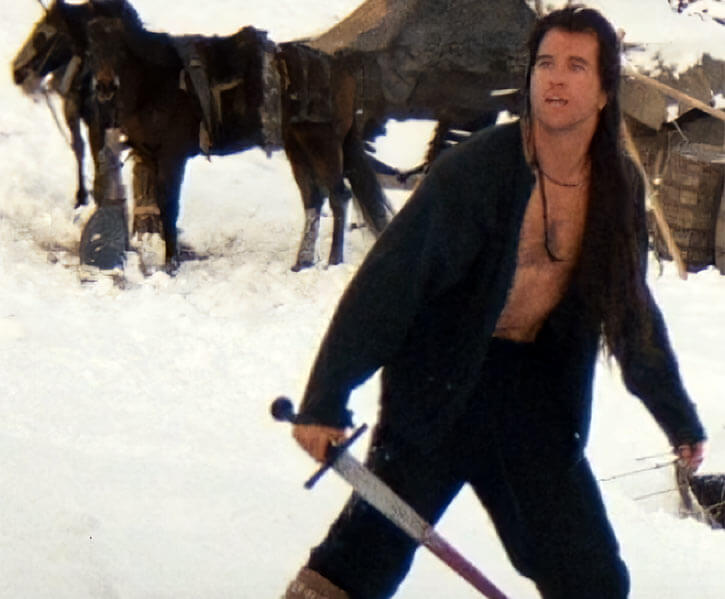 Madmartigan wears his hair long with braided strands here, there, and in the back to pull his hair out of his face. He’s unusually handsome.

He wears light traveling clothes, blue pants, and a leather vest and boots. A gold earring adorns his left ear.

Madmartigan has been called a thief.

He gets by on his charm and luck.

He’s living the care-free lifestyle. Nothing is permanent and he doesn’t plan for the future.

He’s unpredictable, a hustler, and doesn’t want to be tied down.

As to gear, Madmartigan gathers equipment where he finds it.

“I am the greatest swordsman that ever lived.”

Madmartigan: “Let me take care of that baby, I’ll look after her like she was my own.
Meegosh: “I believe he would Will.”
Willow: “He doesn’t know anything about babies.”
Madmartigan: “Right. But I know a lot of women who do. If I had somebody in my life, a little daughter, perhaps. I might have a reason to go on living.”

“My mother raised us on black root. It’s good for you, puts hair on your chest.”

“I hate that woman.”

(Deciding who should sneak into Sorsha’s tent and rescue Elora).
“Only one of us should go in there. I have experience in this sort of thing. I know what I’m doing.” 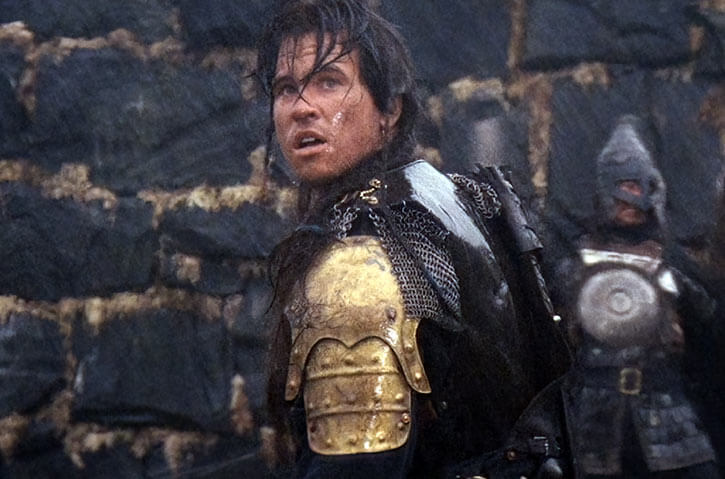 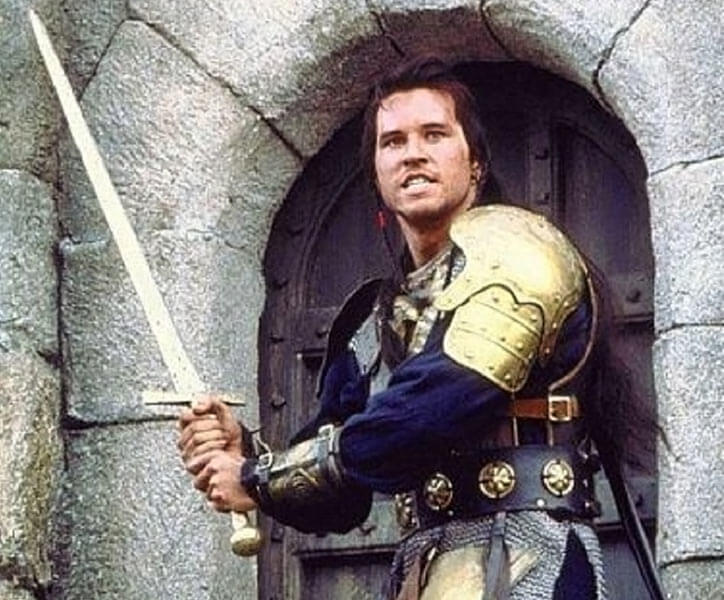 All of Madmartigan’s equipment is picked up as he goes.

In his final battle with Kael, he uses Airk’s pata and a broadsword left by another fighter.

Military Science is added because he was a soldier, the same as Arik. However, he doesn’t demonstrate any of the subskills in the film.

Source of Character: The 1988 film /Willow/, played by Val Kilmer